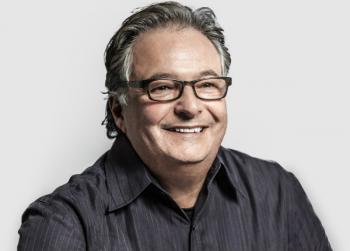 The role of brands is evolving before our eyes, as reflected on varied and various fronts. Take, for example, three of the spots nominated for this year’s primetime Emmy—Procter & Gamble’s “The Talk,” the Monica Lewinsky anti-bullying PSA “In Real Life,” and Apple’s ”Earth: Shot on iPhone.”

The latter is a love note to planet Earth and a poignant reminder that our environment is precious.  “In Real Life” portrays people publicly acting out real online comments to illustrate that at the receiving end of every comment is a real person.  While the bullies and the recipients of denigrating talk in the PSA are actors, those who intervene to stop the bullying are real people, which gives a life-affirming tone to the work. And “The Talk” features different African-American parents telling their kids about the dangers of racism. In one of this piece’s most moving moments, a girl behind the wheel of a car insists she’s a good driver and her mom doesn’t need to tell her what to do if she gets pulled over. Mom has to explain to her daughter, “This is not about you getting a ticket. This is about you not coming home.”

In this week’s Chat Room, John Leverence, sr. VP of awards at the Television Academy, observed that these three nominated ads help to raise social awareness of key issues and elicit  heartfelt empathy.

Just a couple of weeks ago at the first stop of the AICP Awards road tour in L.A., Matt Miller, AICP CEO/president, observed that brand stewards are more and more serving as “citizens of the world,” taking responsibilities as human beings to make the world a better place. Brands, he said, are increasingly feeling the need to stand for something.

And in SHOOT's Mid-year Survey, Craig Allen, head of integrated production, Venables Bell & Partners, said, “It’s impossible to ignore today’s polarized society and the current state of distrust and uncertainty in the US, which affects who we look to for information and inspiration, and how we process messages too. Consequently, this is shifting the role that brands play in our culture and what consumers need from them nowadays, which extends far beyond the products that they sell. It’s been great to see many brands rise to the occasion, take a stand on key issues that reflect their values, and do their part to create positive change. It seems that the brands that don’t take an active role will quickly become irrelevant.”