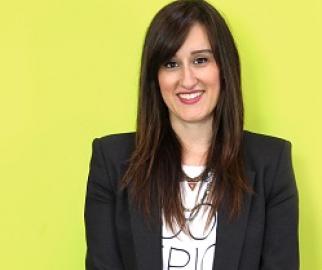 Full service creative ad agency Pitch has hired Sara Bamossy as chief strategy officer. Bamossy was formerly group strategic planning director with Saatchi & Saatchi, where she logged over 10 years of strategy experience working in the Los Angeles, Sydney, Paris, and London offices. Bamossy moves from the LA office of the Publicis Groupe-owned agency to a smaller shop known for high-profile campaigns on a variety of name brands including Burger King, Pepsi, Meineke and Pinkberry.

Bamossy brings to Pitch a broad range of hands-on brand and retail experience with global clients including Toyota, Kraft/Cadbury, P&G, General Mills, Roxy and Square Enix. Her strategic thinking has inspired campaigns that have earned numerous industry awards including a Gold Jay Chiat Award, a Bronze Effie and a Cannes Gold Cyber Lion. 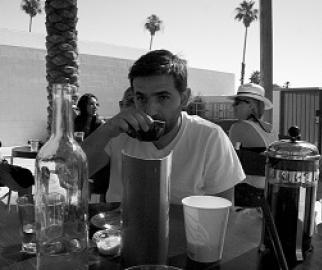 A native of Madrid, Valdueza got his start in the U.S. as the founder of Module Zero Media, a postproduction house in Venice, Calif., in 1998.  Teaming up with agencies such as J. Walter Thompson and Campbell-Ewald, he received numerous awards at Cannes, San Sebastian and other shows in the U.S. and abroad.

After Module Zero Media, Valdueza took his talents to Lost Planet, where he worked under editor Hank Corwin. Valdueza has collaborated with directors such as Antony Hoffman, Andy Fogwill, Rob Pritts and Alfredo de Villa, and was most recently represented by Cutters in Santa Monica.

In addition to his commercial work, Valdueza has features under his belt, including his most recent, Anna, the Studio Canal thriller produced by Jaume Collet Serra which was released this past June. Valdueza’s credits also include Fugly, a comedy written by and starring John Leguizamo, which was directed by Alfredo De Villa.

“What I love about Jaime is his wide range of scope as an editor,” said Republic Editorial’s partner/sr. editor Keith James. “He’s able to tell many types of narrative, from comedy to drama, in both long and short formats.”

Valdueza said he was drawn to Republic editorial “because they had such a great reputation in the Latino advertising community. Dallas is a hot bed for Latin work, and having a shop that’s intricately connected to the key players in town is exciting.” 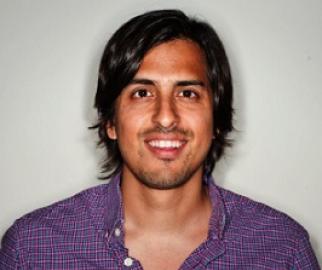 Cutting Room, NY, has added editor Vic Carreno to its roster.  Coming to Cutting Room after serving as in-house editor at Red Tettemer O’Connell & Partners, Carreno has cut campaigns for the likes of Under Armour, Planet Fitness, Dial For Men and Right Guard, as well as two Super Bowl spots for Century 21.  He also joins Cutting Room after cutting part of the buzzed-about Dockers “Dad Pants” campaign.  Carreno’s reel ranges from comedy dialogue and dramatic visual to pulse-quickening athletics spots.

Susan Willis, Cutting Room’s managing partner, said, “We rarely bring editors from the outside as we like all of our cutters to be Cutting Room home grown and trained. After many, many meetings with Vic we knew we should make an exception for him. ”

Carreno’s nearly 9 years cutting in-house at Red Tettemer O’Connell & Partners gave him a unique perspective on an agency’s creative process. Carreno noted, “I have a deep appreciation for how much an idea evolves from concept through post to delivery.  Because of this, I aim to be true to the core of what the creative team has generated with every cut.”

New Jersey-native Carreno first cut his teeth in the media industry at Banyan Productions, working on various TV series.  Following Banyan, he served as an editorial apprentice to Oscar-winning editor Gerald B. Greenberg (The French Connection, Apocalypse Now) on the feature film Invincible, before transitioning to Red Tettemer O’Connell & Partners. 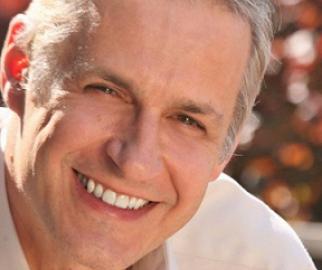 Postproduction and visual effects company Encore has hired Andy Gizzarelli as VP, head of production for its Los Angeles office. Gizzarelli will oversee Encore Hollywood’s team of postproduction supervisors, in addition to producing shows in-house--starting with the third season of Netflix’s “House of Cards” in 4K. He will be key to managing Encore Hollywood’s growing client roster and keeping projects on track.

Encore is a Deluxe Entertainment Services company with locations in Los Angeles, New York, Vancouver, Toronto and London. The company also offers near-set services anywhere in the world via mobilabs, a proprietary compact system for on-site color management and dailies. 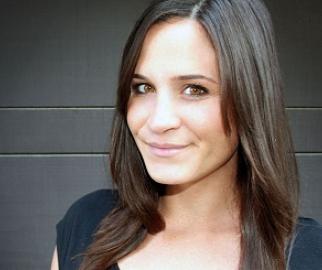 Production and post house Optimus has promoted Katie Zaumseil to editor. Working out of Optimus Santa Monica, Zaumseil has seen her bookings multiply rapidly as more and more clients have asked to work with the editor who has a talent for translating raw emotions into visual pieces.

Zaumseil has been with Optimus for almost six years. Most recently a senior assistant editor, she began her career as an assistant, working her way up from there. Zaumseil has cut with clients including Mattel, Disney, Men’s Wearhouse, Taco Bell, P&G, PETA, Allstate and La Perla. 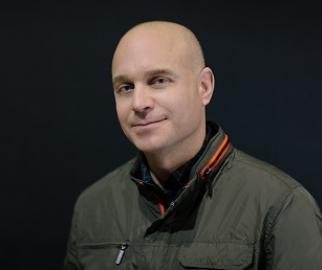 Eurobest, the European Festival of Creativity, has announced the 10 jury presidents who will meet in Helsinki this December to award the greatest creative communications in Europe.

“This year’s jury presidents are a dynamic mix of hugely talented individuals. They will set precedents in creative communications across the region and we’re delighted to have them working with us as we embark on a journey of discovery to find new talent, breakthrough ideas and ground-breaking creativity,” said Philip Thomas, CEO, Lions Festivals.

Eurobest takes place December 1-3 and will see three days of interactive content themed to invigorate and inspire attendees. The awards, which run alongside the Festival, allow Europe to pitch their creativity against one another, as the stand-out work is decided on and awarded by some of the greatest creative minds in the business. 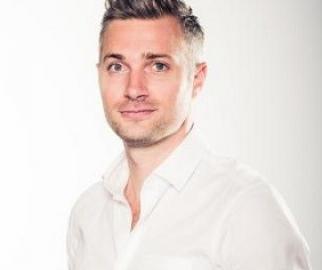 Team One, a full-service marketing communications agency specializing in aspirational brands, and a division of Saatchi & Saatchi, has named Howard Moggs director of new business development. Moggs helms the newly created Agency Marketing Group, where he will report to president Paul Mareski and lead Team One’s growth and expansion plans.

With its very first marketing campaign in 1987, Team One was responsible for one of the most notable brand launches in history with Lexus. In addition to Lexus and the Lexus Dealer Association, Team One has a diverse portfolio focusing on brands including The Ritz-Carlton, JW Marriott, Häagen-Dazs International and 2K.

Besides its Playa Vista, Calif. headquarters, Team One has offices in New York, Washington, D.C., Chicago and Atlanta. 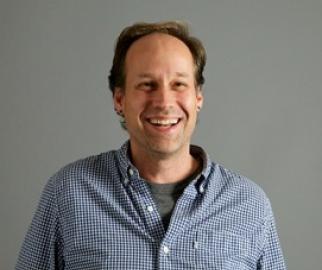 Strategic full-service advertising agency MUH-TAY-ZIK | HOF-FER has hired three creatives: Todd Bois comes aboard as a creative director following stints at Publicis Seattle and 180 Amsterdam; UK natives Adam Ledbury and Guy Lemberg have moved from their long-time adopted country of Australia, where they worked at DDB Sydney. There, they were perhaps best known for leading the charge behind McDonald’s officially changing its signage to the Aussie nickname “Macca’s” for a month, leading to an explosion in media and social impressions around the world. Ledbury joins MUH-TAY-ZIK | HOF-FER as sr. art director while Lemberg assumes the role of sr. copywriter.

Bois brings over 15 years of creative and technology experience to his new role at MUH-TAY-ZIK | HOF-FER, along with specialized expertise in digital and broadcast production. Prior to joining Publicis Seattle, Bois was creative director at 180 Amsterdam, where he was deeply involved in the creation and development of the extensive digital World Cup campaign for Adidas. While at 180 Amsterdam, Bois simultaneously initiated, developed, and extended Adidas’ social media presence to include more than 3 million fans. A Bay Area native, Bois has worked for full-service agencies and digital shops on both coasts of the U.S., including BBH NY and San Francisco’s EVB--and for clients including AXE, Levi’s, Mini, Microsoft, Wrigley, Leapfrog, and Kashi. 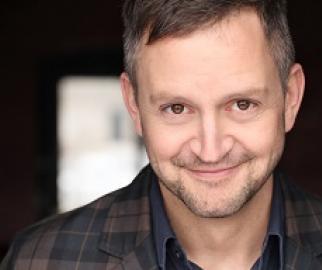 Sarofsky Corp--which had a role collaborating with Marvel for the main titles for both the Captain America: The Winter Soldier and Guardians of the Galaxy blockbusters--has brought Steven Anderson on board as executive producer. 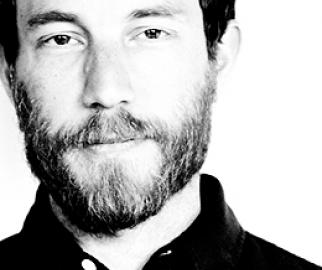 Along with these moves at the executive level, Big Spaceship has elevated two key discipline leads.

Tony Clement, who joined Big Spaceship last year to build out its analytics department, has been promoted from strategy director, analytics to VP analytics. In the expanded role, he’ll oversee the agency’s integration of the practice throughout all of its capabilities and manage its team of analysts.