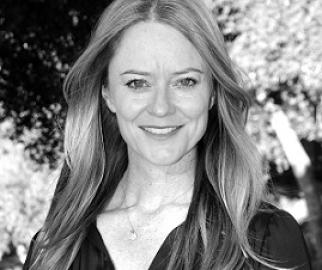 McGivern came aboard RSA Films, first as head of production, then as an executive producer for directors including Jake Scott, Jordan Scott, David Slade, The Malloys, and Laurence Dunmore.

“I’ve been an admirer of Fran over the years,” said Michael McQuhae, managing director, B-Reel. “She brings a perfect blend of traditional film and digital experience.”

McGivern described B-Reel as “the perfect place where good old-fashioned storytelling can be coupled seamlessly with innovative technology. I’ve been watching B-Reel position itself as one of the most successful and forward thinking production companies in the industry.” 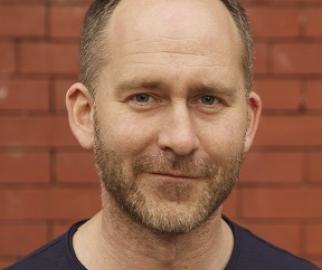 These promotions come after Lori Senecal was elevated to global executive chairman of KBS, and Ed Brojerdi moved up to CEO of KBS New York. 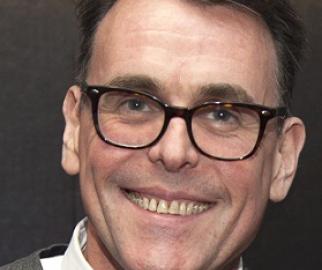 TracyLocke, part of Omnicom Group (OMC : NYSE), has announced that Hugh Boyle will be joining as the agency’s CEO, effective in November.

Prior to TracyLocke, he served as global chief digital officer of Geometry Global in London and most recently, Chicago. During this time, he was responsible for guiding and overseeing the development of its digital shopper marketing centers of excellence in major global hubs, as well as crafting the network’s digital thought leadership platforms.

Before his role at Geometry Global, Boyle joined the Ogilvy Group as part of an acquisition in 2005 to build OgilvyAction’s global digital activation business. Upon coming aboard Ogilvy, Boyle established significant digital practices and credibility for OgilvyAction in all markets. He also formed his own digital media production company in 1996.

Boyle has been responsible for a wide range of high profile digital and integrated solutions throughout his career including assignments for Virgin Mobile, Motorola, Coca-Cola, HSBC, Toshiba, Panasonic, GSK, Volvo and Vodafone. 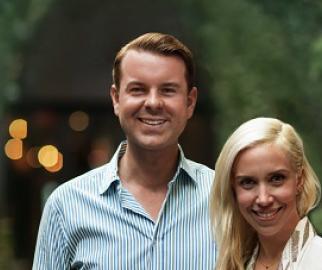 MPC New York has made two key promotions within its leadership team: Justin Brukman has been formally appointed managing director while Camila De Biaggi has been upped to executive producer.

Brukman joined MPC London in 2002, before crossing the pond in 2008 to be a founding member of MPC NY.  He has played a pivotal role in the development and growth of the New York studio’s creative offering in the U.S. market. In addition to his contributions to new business and award-winning VFX and digital projects, Brukman has spearheaded the recent partnership with The Warhol and MoMA to digitize 500 of Warhol’s mostly unseen films. In his new managing director role, Justin will oversee strategic direction, growth and the studio’s 50 creative, production and VFX staff.

De Biaggi joined MPC NY as head of production in 2013 from The Mill, and has produced some of the studio’s most notable projects including PS4’s “Second Son” directed by Adam Berg and “Killzone” directed by Noam Murro. She will work with Brukman to advance the business, oversee all aspects of production and manage client relationships. 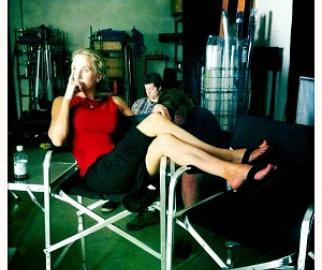 With a background spanning all facets of production, Fincher has produced commercials, music videos, branded content and documentary projects for over 20 years. Fincher comes to Foodchain from Wieden+Kennedy, where she was executive producer for its in-house production division Don’t Act Big from 2009 to 2014 and oversaw award-winning projects for Old Spice, Coca-Cola, Target Levi’s and Nike.

Foodchain has taken a new model production approach that combines a curated roster with a network of guest directors and creatives. Fincher should prove valuable within this structure with her combination of production company and agency experience, and her skill in shepherding modern content projects to completion. 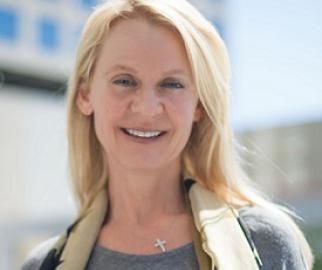 Prior to that, she was at Company 3, Santa Monica, and worked at EFILM and Technicolor as an executive producer on such feature films as Mr. & Mrs. Smith, Frida, Looney Tunes: Back in Action, Pleasantville, The Island,  and The SpongeBob SquarePants Movie.  Her career has led her to work with agencies including Leo Burnett, DDB, Fallon, Draftfcb, mcgarrybowen, and The Richards Group. Holecek has overseen post on multiple award-winning ad campaigns for Allstate, Discover, McDonald’s, BMW, Nintendo, and Bud Light, among others.

Lola Lott, charlieuniformtango owner/CEO, noted that Holecek has already contributed as part of the company team on campaigns for AT&T out of GSD&M in Austin, and Ford for Team Detroit.

Holecek is from Marion, Iowa. She studied business, marketing, and speech communications at the Minnesota State University at Mankato and started her career in advertising in Minneapolis, including serving as an associate producer at Fallon. 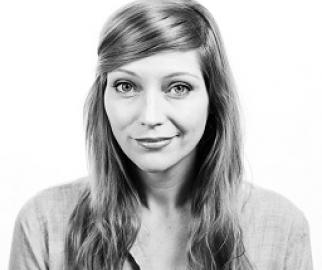 Margie Chidley, Ricard Valero and Matthew Wakeman have each been promoted to creative director at Eleven San Francisco. In their new roles, Valero, Wakeman and Chidley head the creative teams for the agency’s ARIA and Dignity Health business, as well as the recently won Oakley account.  The trio will report directly to chief creative officer Mike McKay and be tasked with leading the charge on high-level concepts for creative campaigns, developing visual product development, design projects and content creation.

Previously Chidley worked as a sr. copywriter for Eleven, working on accounts like ARIA Hotel Las Vegas, Taylormade and Apple. Prior to Eleven she worked with Goodby Silverstein & Partners, Strawberry Frog, R/GA and JWT. Her experience spans a wide range of expertise in TV, viral videos, interactive site experiences, print, branded content and radio for brands including Corona Light, Kleenex, Comcast and Chevrolet.

Valero rises from the previously held role of associate creative director at Eleven, where he worked on accounts like Virgin America, Adidas, TaylorMade and Dignity Health.  Prior to joining Eleven, Valero was associate creative director at Evolution Bureau, where he worked with clients Chivas Regal, Intel, NFL, and Sunglass Hut. Valero has worked extensively in Europe and the US, and his creative has been recognized at numerous awards shows including Cannes Lions, Clio Awards and Eurobest.

Wakeman leaves the role of sr. brand designer, which he held when earning an International Young Gun for his digital and social work with Virgin America. Since then, he has been integral in shaping campaigns for Adidas, Apple, AAA, Facebook, Dignity Health, TaylorMade, ARIA and the Oakley account. Prior to joining Eleven, Wakeman led design and branding experiences for a range of companies including The North Face, Fisher-Price, Reef, Target and Oracle. 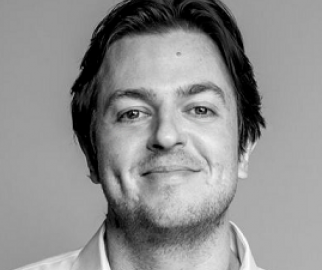 A native of Sydney Australia, Canning began his career when he won a scholarship to Central Saint Martins University of the Arts, London. He then joined Lowe Hunt Sydney, where his work for Unilever’s “Lynx Jet” catapulted the agency to #1 agency in Australia, winning the Cannes Media Grand Prix. Canning then joined Leo Burnett’s Sydney office where his work for Canon, Diagio and World Wildlife Fund again catapulted it to the #1 ranked creative agency in Australasia in 2010, winning the Cannes Media Grand Prix for the second time.

Burnett then invited Canning to launch an office for the network in New York. He left Sydney in 2011 and relocated to the USA as a founding member of Leo Burnett New York. Under Canning’s stewardship, the agency quickly grew to 40 staffers with work for brands including the Village Voice, United Nations, Kellogg’s, Samsung Digital Appliances, Chobani and FiLIP Technologies. Canning has most recently led the creation of a New York Off-Broadway play for the Village Voice, titled “8 Million Protagonists” which brought New Yorkers’ real stories to life on stage, and the design and launch of “FiLIP”–named technologies at CES in 2014.

“Launching an agency in New York was an invaluable learning experience for me but I’m really excited to move on to the next chapter in my career,” said Canning. “LA has emerged as the new epicenter of branded content, tech and entertainment, and 72andSunny is right in the middle of that. I feel a genuine optimism here that we can make great things and take the industry to exciting new places.” 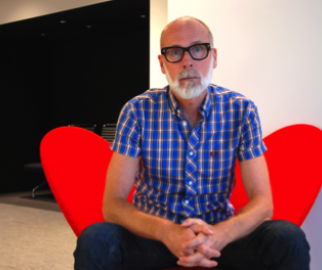 Havas Worldwide Japan has appointed David Morgan as executive creative director. In addition to leading the agency’s creative offering, he will also serve on the Havas executive committee.

Prior to joining Havas, Morgan’s leadership experience in Japan and across Asia-Pacific was honed over eight years with Ogilvy & Mather Japan, resulting in Gold wins at Cannes, PMAA, ADFEST, and AMEA, along with a range of other international prizes. In his new role at Havas, Morgan will help to serve such clients as Air France, Alcon, Alpine Electronics, BMW Motorrad, Evian, IBM, Orbis and Pernod Ricard. Morgan will also oversee the consumer-facing work of Havas Life Japan’s portfolio of healthcare clients. 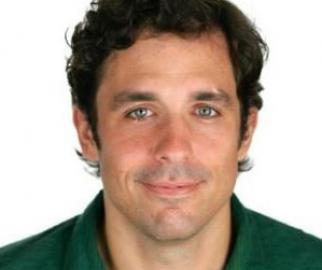 The Sidecar name, a play on the motorcycle attachment (as well as the cocktail), is symbolic of the growing family under the Sound Lounge name. Understanding the importance of collaboration when translating a director’s vision, Sidecar will allow Sound Lounge’s casting division to be a one-stop shop for all casting needs--giving dedicated direction, hand-selecting talent and bringing a fresh perspective to the casting breakdown.

“Our casting division at Sound Lounge continues to grow and we’ve recognized the need to expand and diversify our offerings and capabilities for clients,” said Sound Lounge COO Marshall Grupp. “Being based in New York, we’re in a unique position to tap into the city’s incredibly diverse talent pool.”

“Given Sound Lounge’s larger role within the advertising community and the relationships we’ve cultivated throughout the years, launching Sidecar was the best way for us utilize our network and deliver the best talent to match our clients visions and needs,” said Faverty. “Providing on-camera casting will allow us to streamline and simplify the client experience from start to finish. We’re thrilled to be able to offer this unprecedented access to talent, and work with clients in this capacity.”

As casting director at Sound Lounge, Faverty has cast voiceovers for TV and radio commercials, web content and digital apps, as well as for webisodes, animated pilots, narrations, promos and the award-winning short film They Say. In a continuing effort to find and develop new talent, she has also become a teacher of voiceover classes.