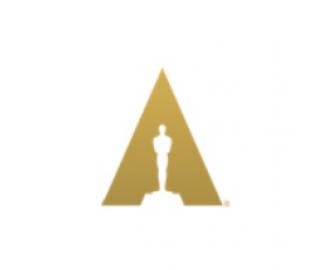 The Academy of Motion Picture Arts and Sciences announced that Dody Dorn has won the runoff election for the open Film Editors Branch seat on the 2019–20 Board of Governors.  Dorn joins incumbents Carol Littleton and Michael Tronick in representing the branch and will assume her post as of July 1.

The Academy’s 17 branches are each represented by three governors, who may serve up to three consecutive three-year terms.  The Board of Governors sets the Academy’s strategic vision, preserves the organization’s financial health, and assures the fulfillment of its mission. 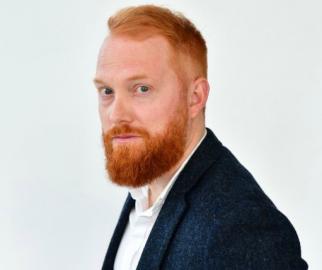 Geoff Macnaughton has been appointed TIFF’s director of industry. Macnaughton will oversee the organization’s industry programming and talent development initiatives, as well as industry-related sales and services. He will continue to act as lead programmer of Primetime, the Toronto International Film Festival’s program highlighting the best in international television series.

Macnaughton has been with the organization for 12 years, as a sr. manager on both the industry and festival programming teams. His balance of artistic vision and business acumen has allowed him to build strong and strategic relationships with partners, including distributors, sales agents, producers, and promotional agencies, both local and international.

“Geoff worked his way up on TIFF’s Industry team, winning the trust of buyers, sellers and creators as he helped grow our reach and impact every year,” said Cameron Bailey, artistic director and co-head of TIFF. “He brings a wealth of experience to his new position as director of industry, and recently adding Festival programming to his portfolio has expanded his expertise and network.”

“I am extremely excited for this opportunity to help shape what TIFF offers to the local and international industry,” said Macnaughton. “The film and television landscape is constantly changing, and it’s important for us to be mindful of these developments in order to provide meaningful business, talent development, and networking opportunities for all.”

Macnaughton will begin his new post immediately, reporting to Bailey, and will work closely with the Festival programming team on transition plans. 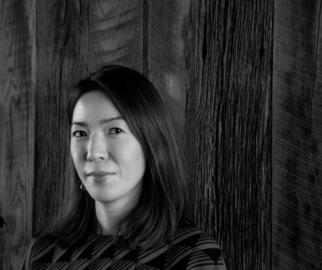 Moving Picture Company (MPC) has bolstered its color team in London with the arrival of Yoomin Lee.

She cut her teeth working for some of Australia’s leading post houses including Frame, Set & Match, The Lab and Cutting Edge, before joining Jogger Studios London in 2016. As Jogger’s resident colorist, Lee worked on campaigns for Google, Valentino, FIFA and Samsung, among others. A notable collaboration with director Anton Corbijn has seen her grade projects for Depeche Mode and U2--including the visuals for the latter’s 2017 Joshua Tree Anniversary Tour, which played across the world’s largest concert screen.

Lee comes aboard MPC London as sr. colorist. Welcoming her to the team are Jean-Clement Soret, global creative director of color grading, and Ellora Chowdhury, head of color production. The latter described lee as having “the perfect balance of creativity and technical knowledge on the art of color grading which is invaluable.” 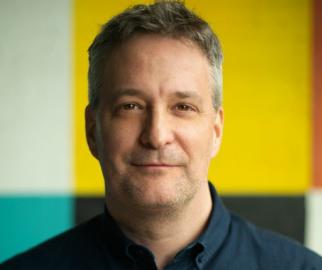 Moore comes over from R/GA. He has worked on innovative campaigns for LIFEWTR, SVEDKA, Maytag, Sprint, Nike, and Corona Extra across digital, social and traditional. He has won multiple awards including an Epica creative award, multiple Webby Awards and a North American Effie.

The new executives join Ryan Dickey, who assumed the post of creative director at the agency last year. Dickey is an award-winning 15+ year creative veteran who has created cross-channel, integrated advertising for a diverse range of brands including Apple, Google, Volkswagen, Sony PlayStation, Orbit and Purina. He cut his teeth at agencies including Leo Burnett, Deutsch and Energy BBDO. 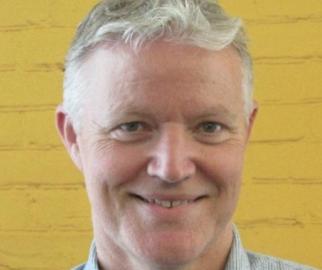 Cheil UK has appointed David Bedford as its digital strategy director, a newly created role at the agency.

Bedford, who is the former head of planning at Gyro, will be responsible for leading the strategic output and the future direction of Cheil’s digital platform business including setting direction for Samsung.com, Members loyalty platform and digital retail strategy across the UK and Europe.

He joins the Cheil board’s digital leadership group providing direction to internal teams as well as building strong client relationships. He reports to David Coombs, the head of strategic services at Cheil UK.

Bedford was also previously head of planning at Geometry. He most recently served as a freelance strategic consultant at Lida where he worked on Costa Coffee and Experian, and Wunderman, where he was strategy lead on BT’s CRM and Shell’s global CRM.

Along with Shell and BT, Bedford has led strategy for brands including HSBC, Visa and Vodafone. He was also behind the creation of Vodafone’s content hub “Your Ready Business.” His work has won the IPA Social Works best practice content effectiveness in social media 2015, and he led the Government “Act FAST” campaign which won an IPA Effectiveness Gold. He has also won two Business Marketing Association Awards of Excellence for Thought Leadership and Content Marketing. 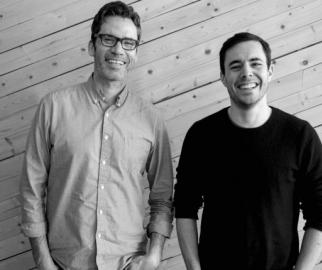 Tim Crean has been promoted from VFX supervisor to head of 2D at MPC New York. Additionally, Julien Aucounturier has been hired as sr. Flame/Nuke artist.

Crean has over 20 years of experience in visual effects, motion graphics, design and experiential projects. In addition to working as a sr. artist in different creative studios in Amsterdam and New York, he also co-founded award-winning boutique content studio Suspect in 2003, which worked with global brands such as Hewlett Packard, Time Warner Cable, SAP, Vimeo, Samsung, and Calvin Klein.

Aucounturier has a decade of experience in commercials and film. He’s worked with directors including Peter Lindbergh, Craig Gillespie and Traktor. Aucounturier’s body of work includes the feature film I, Tonya directed by Gillespie ,and the Chanel Le Bleu campaign directed by James Gray. 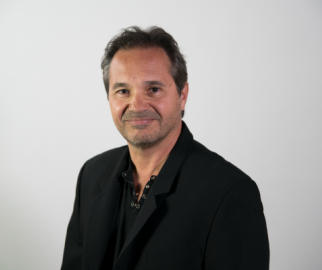 Alison Temple, Wild Card CEO, said of the three execs, “They bring the experience and strategic insight we’re looking for as we continue to grow and evolve as a creative marketing partner to our clients.” She went on to say that they will “identify talent and expand our capabilities across gaming, brands, film, TV and streaming. This will help us deliver our world building expertise across all our services.”

Nachman brings over 20 years of senior investment and operating experience to Wild Card. Medina has a diverse background with more than 20 years of HR/Talent experience across aerospace and defense companies as well as lifestyle brands including Red Bull, Machinima and Virgin Hyperloop One. Diaz has spent time behind and in front of the camera, in addition to 20 years experience in business development for a variety of verticals including digital, OTT, brands, mixed media production and experiential. She began her entertainment career in Miami, focusing on the Hispanic and Latin American markets, before expanding her expertise to domestic and other international territories. She was the VP of business development at the Troika Media Group before joining Wild Card. Prior to that she was an executive producer at 3 Ring Circus in Los Angeles. 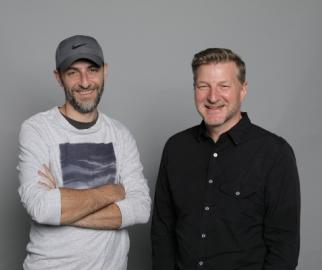 Visual effects, animation and stereo conversion company DNEG has strengthened its VFX animation team across North America and the United Kingdom, with a series of strategic appointments.

Emile Ghorayeb joins DNEG as head of animation for its London studio, having previously been animation supervisor for Weta Digital on films including Alita: Battle Angel and War for the Planet of the Apes, for which he won an Annie Award for Outstanding Achievement for Character Animation in a Live Action Production. Ghorayeb has 20 years of experience as an animator across film, TV, games and feature animation, and other standout projects on his animation credit list include Avengers: Endgame, Jurassic World, Transformers 2, 3 & 4, Halo 3, Shrek 2 & 3 and the Madagascar movies.

Also joining the team in London is VFX veteran and creature animation specialist Keith Roberts, as animation director. Most recently, Roberts has made a significant contribution to Marvel’s cinematic universe, having been animation director on Avengers: Infinity War, Captain America: Civil War, Ant-Man, Thor: The Dark World and both Guardians of the Galaxy films, for which he brought to life to Baby Groot and Rocket Raccoon. Earlier in his career, Roberts supervised the animation of a number of furry and feathery creatures in family favorites such as Garfield, The Cat in the Hat, Scooby-Doo, Aliens in the Attic and Alvin and the Chipmunks: The Squeakquel.

The global team also saw the recent appointment of animation director Spencer Cook. Based in Montréal, Cook boasts an illustrious career spanning more than 30 years, from stop-motion animation for TV commercials through to digital animation on some of Hollywood’s biggest blockbusters, including Alien: Covenant, Beauty and the Beast, Men in Black 3, The Matrix Reloaded and Revolutions, and Spider-Man 1, 2 & 3. As a life-long monster movie fan, Cook joined DNEG after completing work on Godzilla: King of the Monsters as animation director. He was a key member of the Sony Pictures Imageworks character animation department in Los Angeles for 14 years, and was nominated for a BAFTA Award, a Saturn Award and two VES Awards for his work as animation director on Spider-Man 3.

The trio joins an animation team already rich in experience, including Aaron Gilman, who was recently promoted to head of animation for DNEG’s Vancouver studio. Gilman, who is currently supervising DNEG’s animation work on the upcoming Disney true-life adventure movie Togo, was animation director on Pacific Rim Uprising, one of the biggest projects in DNEG’s history. Gilman’s career achievements to date include several award nominations for his work on Hollywood blockbusters, culminating in an Annie Award nomination for his leadership of the animation of Azog, the fearsome King of the Orcs in The Hobbit: The Battle of the Five Armies.

Under the leadership of global head of animation Robyn Luckham, DNEG’s talented VFX animation team has grown substantially in recent years, delivering work on projects such as Avengers: Endgame, Godzilla: King of the Monsters and the upcoming Men In Black: International. 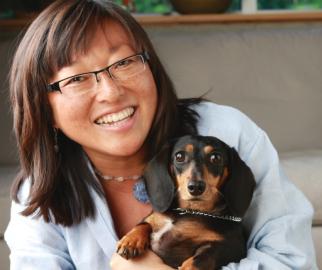 In her former role, she oversaw the agency’s creative, production and digital production centers of practice, and was in charge of agency innovation.

In her new role, Kim will work to cultivate an environment that supports and nurtures diversity, while spearheading the development of inclusion initiatives such as organization-wide diversity training and multicultural events. She will also set measurable objectives for recruiting, hiring and maintaining diverse candidates and interns.

Kim will oversee the development and growth of employee resource groups at the agency while being the voice of diversity and inclusion for Marcus Thomas in the ad and local community.

“Marcus Thomas made a strategic commitment to diversity, equity and inclusion two years ago as part of our long range plan. This is just one step that makes a statement to the world about our belief in the importance of equal rights and representation for all to the future of our business,” said Kim. 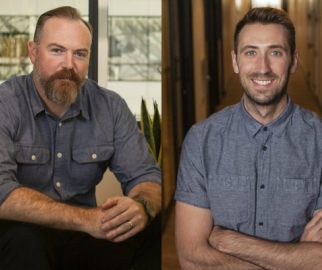 Doss will be responsible for leading design and creative teams while Saulitis will lead brand strategy, positioning, and marketing assignments for the agency. The two will work closely with Compadre co-presidents Chuck Carey and Robert Blatchford and a team of creatives, strategists, writers, designers, directors, and producers.

Prior to joining Compadre, Doss served as creative director at design agency Big Block and creative services company BigStar, where he led creative teams in entertainment marketing, sports branding, and main title design assignments. He also served as art director at Planet Earth Skateboards and DC Shoes, where he focused on skate, surf, and snow markets.

Saulitis has developed positioning and integrated marketing campaigns for clients including Disney, Warner Bros., Sony, and FX. Prior to joining Compadre, Saulitis served as sr. creative strategist at creative branding agency Loyalkaspar, and as communications manager at brand consultancy Troika.