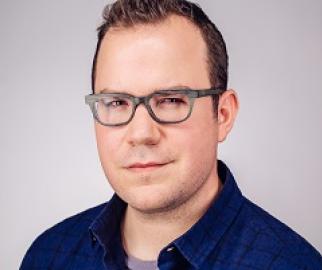 Agency 360i has added Jeff Anderson as group creative director. Anderson will lead creative, digitally-centric marketing for the agency’s clients, which include HBO, Toyota, Oscar Mayer and Clinique. Anderson is based in the agency’s New York headquarters and reports to chief creative officer Pierre Lipton, who joined 360i in November.

Anderson comes over to 360i from CHI&Partners, where he served as executive creative director. During his tenure, Anderson created PBS’ “TV Gone Wrong” campaign as well as innovative work for Every Mother Counts and HP. Prior to that, he was associate creative director at Goodby Silverstein & Partners in San Francisco, where he worked on the Chevrolet Mayan Apocalypse Super Bowl spot. He has also held positions at Droga5 and TBWA\Chiat\Day, New York where he helped develop the Jewish Council for Educational Research’s “Great Schlep” with Sarah Silverman and Combos’ “What Your Mom Would Feed You if Your Mom Were a Man,” respectively. Anderson’s work has been recognized by Cannes Lions, CLIO Awards, The One Show, Effie Awards, D&AD and more.

Anderson’s appointment comes during a year in which 360i has launched fully integrated campaigns for brands like Toyota and Scotts Miracle-Gro. The agency has also won notable new business, including leading integrated media buying and communications planning for Pernod Ricard USA and global strategy for Anheuser-Busch InBev. In addition, 360i recently expanded to the West Coast with the opening of an office in Los Angeles. 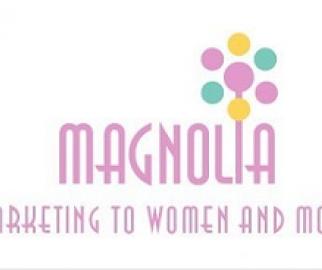 Marketing executive Tania Haigh, most recently the lead for women and moms’ marketing initiatives at McDonald’s USA, is  launching Magnolia Insights, Inc., a marketing strategy firm specializing in marketing to women and moms. The new venture will be headquartered in Chicago’s West Loop, opening in first quarter 2015.

A 15-year marketing industry veteran with a decade of insight gleaned from various roles at McDonald’s USA, Haigh aims to better position brands by addressing the lag in effective marketing to women and moms. Magnolia will cater to consumer brands in the technology, food/beverage, entertainment, health and fashion/home segments. A multi-cultural and multi-lingual woman herself, and with experience in ethnic marketing, Haigh founded Magnolia to elevate cross cultural applications across all of its practices.

Justine Bloome has joined media agency Carat USA as head of strategy and innovation. In this capacity she will lead the Catalyst team, a newly launched group in the U.S. focused on leveraging consumer insights and emerging technology platforms to deliver richer, more engaging communication experiences rooted in dynamic content and reflective of culture.

Prior to joining Carat, Bloome founded marketing and communications firm, The Village Agency, in her native Australia in 2010. Previously, she was business strategist at Jack Morton Worldwide, where she was responsible for driving digital transformation and campaign amplification for the agency’s brand clients. 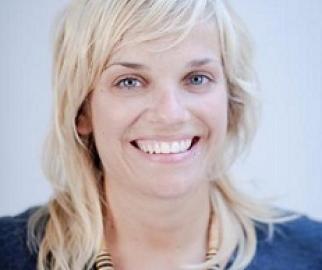 Agency Barton F. Graf has hired Amanda Clelland as a creative director. She will work on a number of accounts, including GoDaddy and Scotts Miracle-Gro brands Tomcat and Nature’s Care.

Clelland was previously a creative director at Droga5, working on Puma, The New Museum, Coca-Cola and Vestas WindMade. Most recently she helped launch an independent project focused on eradicating extreme poverty. Backed by the UN, the project initiative is called zeropointseven.org. 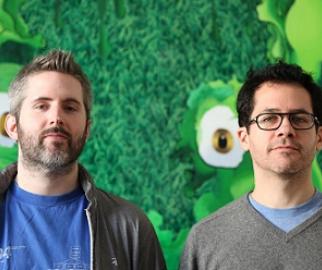 Click 3X has added the directing duo of Cary Murnion and Jonathan Milott, a.k.a. Cary & Jon. Previously Murnion and Milott worked under the Honest moniker and were most recently with production house Savage for commercials.

Cary & Jon just wrapped their first project with Click 3X, a three-spot package for Ford Fusion out of Team Detroit set to launch this week.

Murnion and Milott have written, produced and directed films such as “Satellite Car Chase,” “Falling Man,” “The Shortest Race,” and “Boob.” Their directorial feature film debut, “Cooties,” premiered at the 2014 Sundance Film Festival and was acquired by Lionsgate Films for domestic distribution and Universal Studios for international release this summer. “Cooties,” which stars Elijah Wood, Rainn Wilson and Jack McBrayer, is a hybrid comedy/horror/sci-fi picture, demonstrating Cary & Jon’s penchant for combining genres.

Cary & Jon first met in New York at Parsons The New School For Design and have been working together for over 10 years. Their collaboration began with animations, but quickly evolved into other creative endeavors, including art installations, music videos, commercials and short films, and eventually the pair turned their focus to writing, producing and directing.

Bodnar served as sr. VP engineering, TV, for over a decade. He spearheaded the Television division’s  transition to file-based workflows for all post and VFX work as well as the near-set dailies service (MobiLabs) pipeline. He has been instrumental in unifying multiple engineering teams to maximize resources and efficiencies among multiple facilities.

Kelly, who joined Deluxe in October as VP of finance, Method Studios, has 20 years of experience on the studio side of the business.  He was at Warner Bros. for 12 years as VP of finance, The Americas for WB Home Entertainment Group, and previously served as VP of finance, Asia Pacific & Latin America, WBHEG. From working at Warner Bros., Universal, and Paramount Pictures collectively, Kelly was a key participant in the studios’ corporate and strategic planning, business development, international operations, talent and production budgeting, theatrical release budgeting, and complex deal structuring with a variety of studio and feature production companies as well as international partners.

“Jay and Larry round out the senior management team beautifully,” said Sonnenfeld. “Jay has done an amazing job keeping Encore and Level 3 ahead of the technology curve. Larry comes to us with an enormous amount of experience on the studio end. Together, they will help guide Deluxe Creative Services into the rapidly-changing industry for 2015 and beyond.” 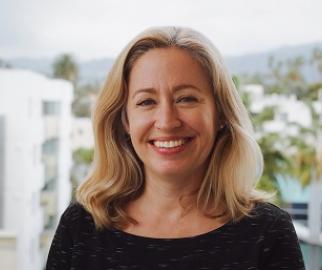 Whitehouse Post’s Chicago partner/editor Matthew Wood noted that “Kristin’s previous background in our Chicago office and her depth of experience with the company make her uniquely positioned for this role in leading our office.”

DUCK Studios has signed director Tobias Stretch whose expertise spans live-action, stop motion, rotoscope, puppetry, animatronics, paintings, sculpture, drawing and photography. His unique creative signature includes his affinity for shooting his stop-motion animation outdoors. Many stop-motion artists steer clear of outdoor filming because of the many limitations like the variations in lighting and weather. Stretch also employs life-size armatured puppets and models for his stop-motion endeavors. The sum of these is a beautiful style of animation that is aesthetically rich and featuring characters grounded in the fantastical against the backdrop of reality. In some of the music videos that Stretch has animated, for example, one will see his gigantic puppets wandering the forest, flying above treetops, traversing the snow-covered lands, and cavorting streams.

Stretch has done work for Radiohead, MTV Liquid Television, The War on Drugs and Hauschka. Over the past five years, Stretch’s projects have earned seven Vimeo Staff Picks. He has recently exhibited his puppet sculptures at the Honolulu Museum of Art. His music video for classical composer Christopher Bono won Stretch the “Best Music Video” award at the 2014 Ottawa International Animation Festival.

Prior to DUCK, Stretch was last with Honey Badger in the U.S. Earlier he was handled by production house aWHITELABELproduct. In the U.K., he is represented via Rumble London.

The American Film Institute (AFI) has appointed producer Michael Lumpkin--who’s been executive director of the International Documentary Association for the past six years--as director of AFI DOCS, the Institute’s annual documentary festival in Washington, DC. Also announced today is the return of AT&T as the festival’s presenting sponsor.

With nearly three decades of experience in the film community as a producer, documentarian and IDA exec director, Lumpkin brings a versatile perspective to AFI DOCS, a well-rounded appreciation for the impact of the art form and a thorough understanding of AFI.

“I’m honored to be joining one of the world’s top film organizations and expanding the rich history and proud tradition of AFI DOCS,” said Lumpkin. “Six wonderful years at IDA solidified my passion for documentary films, and I look forward to bringing that passion to AFI.”

Lumpkin had previously served for more than 25 years as both executive director of Frameline and festival director for the San Francisco International LGBT Film Festival. He has also been a member of Frameline’s board of directors and co-produced the highly acclaimed documentary The Celluloid Closet. He has participated as a juror for the Sundance Film Festival and served in an advisory capacity for numerous film festivals around the world.

Dictionary Films, headed by managing director Chris Rossiter, has signed the directing team of Eric McCoy and Justus Meyer, a.k.a. Mccoy | Meyer. Since joining together in 2012, the McCoy | Meyer duo has already directed more than 50 short-form projects (many awarded through the LA-based content sourcing company Tongal) and earned a Telly Award and a Certificate of Recognition from the U.S. Congress.  Their commercial reel includes spots for Black & Decker, Famous Footwear, P&G, Verizon and Western Union.

McCoy began his film industry studies at Columbia College Chicago in 2005 and quickly leapt into freelance production, earning his way up the crew ladder in the camera, location and production departments on commercial and feature projects including “The Dark Knight.”  He was an associate producer for The Midwest Film Festival for over five years before relocating to LA and landing the position of associate with the Sundance Film Festival.  Meanwhile, Meyer also studied at Columbia College in Chicago, earning his Bachelor’s degree in Film/Video/Cinema in 2011, and soon thereafter, he also moved to LA to form McCoy | Meyer.  Both men built their experiences independently as producers before coming together.

Dictionary is the first official production company affiliation for McCoy | Meyer. Prior to this, the directors as a team largely created and produced their work--all as entries for crowd sourcing, content creation contest sites like Tongal.  They began entering contests as soon as they started their partnership and as they won more and more, they began to be solicited for “closed contests,” which some sites do with their more accomplished contributors.

Rossiter related, “When I reached out to the guys, we had some dialogue about their desire for greater exposure and support in order to take their work to the ‘next level.’  I think what we’re doing at Dictionary and my background in agency production at Burnett felt right to them.  For me, it’s going to be a blast helping them grow and realize what I believe is great potential.”