Ringer joins Wildchild after a six-month stint freelancing for a variety of Bay Area ad agencies, among them Goodby Silverstein + Partners, BarrettSF and Godfrey Q. Prior to that he spent over eight years at the independent Sausalito, Calif.-based agency Butler Shine Stern + Partners (BSSP), where he edited and directed many high-profile ad projects that encompassed TV spots as well as longer-format web videos and digital executions.

Ringer’s work reflects his talents not just in editorial but also as a director. He’s shot projects not only for BSSP clients such as Mountain Hardware and Radio Shack but also produced, directed and edited a short documentary for Vice Media as well as a music video for the hip hop artist DaVinci.

Since leaving the agency earlier in 2014 Ringer has worked on a campaign of intensely visual spots tied in with social media shorts for videogame maker 2K and World Wrestling Entertainment, and cut a series of shorts for Symantec that featured an interactive component that allowed viewers to choose alternate endings.

Ringer says he’s excited about this new phase of his advertising career as he settles in at Wildchild.  “I felt it was time to take the next step and join a company where I could rekindle many of the relationships I’ve had with creatives and start building new ones,” he said. “And I’m excited about the prospect of working on a wider range of brands and collaborating with new directors.”

Piñeyro notes that Ringer’s signing with Wildchild represents his first experience being with an independent creative editorial company, so in a sense they’re introducing him to the industry at large.  “We’ve got a long legacy of bringing in new talent with fresh, new perspectives, and that’s how we feel about Eddie,” she said.

Jason De Turris, who was VP, executive planning director, has been named chief strategy officer at CP+B. In his new role, De Turris will relocate to Hong Kong to oversee global strategy on the Infiniti account. He will also focus on opening CP+B’s Hong Kong office, which will be key in servicing the global leadership of Infiniti, as well as look to build the CP+B culture and brand throughout Asia and continue to provide global thought leadership across offices. In the near future a head of North American planning will be named who will be his counterpart in North America.

At CP+B, De Turris has worked across the agency’s leading brands including Hotels.com, Grey Poupon, Best Buy and Xbox One, and has played a key role, working closely with CP+B’s product innovation and brand experience designers to create two premium spirits brands: Angel’s Envy Bourbon and Papa’s Pilar Rum. During the course of his career, at Ogilvy & Mather, Deutsch and JWT, he’s managed strategy for the global launches of game-changing brands and led brand strategy for Rolex through the global recession, helping to build its first global targeting model. His experience ranges from the luxury category to necessity categories.

Editor Christjan Jordan has joined Rock Paper Scissors’ Los Angeles office. Best known for his comedic and character driven editing, Jordan spent the past six years as one of the original editors at Arcade Edit.

Jordan is a long-time and on-going collaborator with 72andSunny for Activision and Samsung, working alongside directors Wayne McClammy, Mark Romanek, James Mangold and Lance Acord. Most recently, Jordan edited a tie-in between Activision’s Call of Duty and Mountain Dew for 72andSunny, as well as this summer’s viral launch for EA Madden 2015--both with McClammy. Additional campaign work for Jordan includes Sonic Drive-In’s “Two Guys” with Goodby, Silverstein & Partners and Biscuit Filmworks’ director Clay Weiner.  Jordan also cut the Will Ferrell Dodge Durango campaign with Wieden + Kennedy and director Jake Szymanski , Cheetos with Ulf Johansson and Sony PlayStation with Frank Todaro.

“Marianne and Sara are experienced and talented producers. Marianne’s expertise and creative style will be instrumental in capturing the spirit of the Southwest Airlines brand in upcoming campaigns,” said Jack Epsteen, sr. VP/ director of production for GSD&M. “Sara has been working with our Walgreens team for some time as a freelance producer, and we’re happy to have her leading production efforts on the account full time.”

Newton comes to GSD&M from mcgarrybowen in Chicago where she led production efforts on several accounts including McDonald’s, Anheuser-Busch and Capital One. Her agency experience also includes DDB, The Focus Agency and Bozell (formerly Bozell & Jacobs). 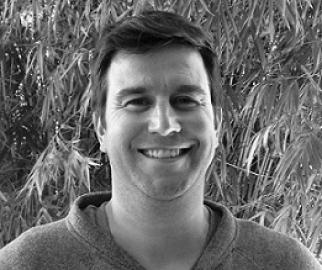 Wheeler comes over from Grey NY where he led the Volvo North America business. He brings with him over a decade of creative leadership in content and campaign development across both digital and traditional channels.

At la comunidad, Wheeler will report directly to CCOs Jose and Joaquin Molla. 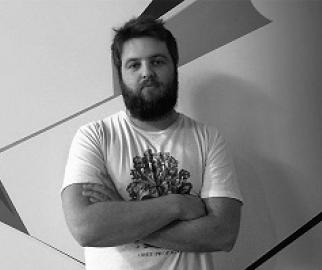 3AM, a new consultancy venture between Ridley Scott’s RSA Films and theatrical advertising agency Wild Card, has hired Chris Eyerman as creative director. Eyerman will be responsible for steering content strategy and creative for the new company, reporting directly to managing partners Alison Temple and Jules Daly who is also president of RSA Films.

Eyerman joins 3AM from Ignition Creative where he led the company’s digital, social, and integrated offerings and oversaw lauded digitally-led entertainment campaigns for The Hunger Games, Prometheus, Arrested Development, and X-Men: Days of Future Past. Before Ignition, he spent 10 years at agencies and production companies leading award-winning efforts for brands like Hyundai, Cheetos, VW, Expedia and Bud Light.

Eyerman’s strong background in digital content and film marketing will play a key role in the company’s efforts to work with creators, studios, and brands in the early stages of IP development to design integrated story and marketing systems.

“Chris Eyerman is preceded not only by a great creative reputation, but for pushing boundaries and creating marketing campaigns that go far beyond the traditional movie advertisement,” said Temple. “We’ve tasked Chris with building an entirely new set of capabilities for our partners and that includes assembling a creative dream team--one that can skillfully combine data, creativity, and technology to create better content and more effective marketing.”

Daly noted, “Having worked with Chris on the Prometheus campaign, I knew he was the perfect person to lead the team. He understands the importance of developing new forms of content for today’s tech-savvy global audience.”

“The film industry faces an onslaught of challenges when it comes to capturing consumer attention and dollars, particularly with younger audiences,” said Eyerman. “There is a huge need for high quality cross-platform content to engage these consumers, and an untapped potential to meaningfully connect brands into the process. 3AM is built on an incredible foundation between two companies that have well-established legacies in both film and advertising.” 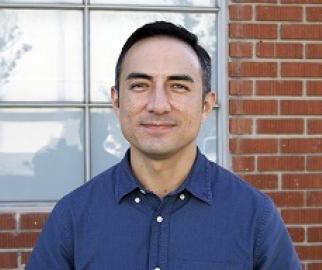 Prior to joining ArsenalFX, Starkweather was a creative director at Stardust, finishing spots for brands such as Air Jordan, Samsung and Starbucks. Previously, he completed creative direction on campaigns for Toyota, Yahoo!, Blackberry RIM, Microsoft, Hyundai, U.S. Cellular and BP.

Starkweather studied Graphic Design at Art Center College of Design in Pasadena.  After graduating in 2006, Starkweather worked as an art director and lead animator at motion design studios in Los Angeles, including Logan and Blind. He also worked on feature film main titles for “Up in the Air” and “The September Issue.”

“Prior to his start, we had enjoyed working with Sean on some wonderful projects,” said ArsenalFX EP Ashley Hydrick. “Simply put, we were impressed by his ability to introduce a endless stream of creative ideas and solutions.”

As a creative director with expertise in the full gamut of commercial production--from the concept and design phases through final finishing--Starkweather said,“My goal is to further our reach with clients in the design and graphics sectors. We’ve got an awesome team of artists and producers and I look forward to this new opportunity to work with them on a wide range of projects.” 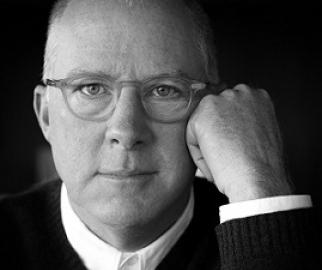 “Let’s face it, you don’t leave a place like MJZ for just anywhere,” said Williams. “Community Films is a boutique company on a roll. I believe they’re the model for production companies moving forward--they’re smart, focused and small.”

A fifth generation Californian, Williams has been directing for 13 years, but got his start on the agency side. His notable affiliations include serving as a creative at Goodby, Silverstein & Partners, San Francisco, before returning to L.A. at TBWA\Chiat\Day as managing partner and creative director. 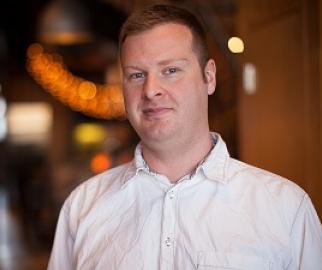 Creative studio Splice has hired VFX supervisor Andrew Sagar. His most recent position was as a sr. compositor at Scoundrel VFX in New York. Prior to that, he was VFX supervisor at World Wide FX in Shreveport, Louisiana, where he managed a team of 40 artists and support staff, working on such feature films as “The Texas Chainsaw Massacre 3D,” “The Expendables,” “Home Front,” “Olympus Has Fallen,” and “Conan The Barbarian.” Previously Sagar served as sr. editor/VFX artist at Precinct 13 Entertainment in Crestline, Ohio, where he collaborated on commercials, music videos, and feature films.

Last month, Splice celebrated the launch of the newest season of the original documentary series “America Unearthed.” Created and produced by Committee Films and featuring VFX by Splice, “America Unearthed” has become the #1 series of all time for The History Channel’s H2. Sagar is collaborating on the new series and other projects for Splice. Sagar’s talent expands the visual effects capacity of SPLICE, as the company continues to grow its feature and episodic television visual effects team. 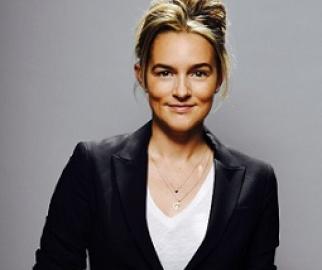 Jessica Navas will join agency Erwin Penland in the newly created role of chief planning officer, effective December 1. An award-winning planner, Navas will lead strategic planning and work to enhance brand stories across all clients, including Denny’s Diner, Verizon and L.L. Bean. Navas will report to president Joe Erwin and will sit in the agency’s New York City office.

Navas joins Erwin Penland from JWT where she was group planning director and worked with clients including PUMA and Lean Cuisine, as well as handling both internal and external communications. Most notably during her tenure at JWT, Navas helped bring JetBlue’s mission to life with core brand and product strategy work. Navas began her career at Merkley Newman Harty and continued on at Cliff Freeman and Partners before joining JWT in 2007. She has worked with many other leading brands during her career, including Rolex, Snapple, DSW, T. Rowe Price and Champion.