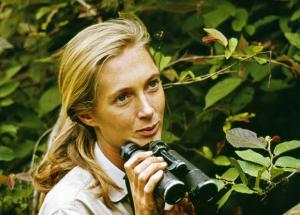 For the second consecutive year, Al Jazeera English’s news analysis and investigative programming earned the network the coveted title of Broadcaster of the Year. The network’s award-winning entries explored a variety of global topics and garnered an impressive number of medals. Among their Gold Medalist winners: “The Boy Who Started the Syrian War” “Witness - Racing in Cocaine Valley,” “101 East Duterte: A President’s Report Card” and “Al Jazeera Correspondent - The Cut: Exploring FGM.”

For the 12th year running, The Edge Picture Company UK earned the title of Production Company of the Year. The production company was in the winner’s circle taking home an impressive number of Gold Silver and Bronze medals. Among the Gold World Medals awarded: “Rethinking Risk,” “Dear Qatar,” and “Safety First.” Silver World Medals include: “Dear Qatar,” “We All Have to Eat,” “Innovation,” and “How We Use Social Media.”

Moviestar+ Spain was recognized with the 2018 Program Promotion Team of the Year Award. Gold winning promos from the network include: “Game of Thrones,” “The Plague” and “Eurofighters.”

Greg MacGillivray, chairman/director of MacGillivray Freeman Films was recognized with the 2018 New York Festivals® Lifetime Achievement Award. Throughout his illustrious career he has personally shot more 70mm film than anyone in cinema history. He has created 5 of the top 10 highest-grossing IMAX films of all time and with 360 theaters worldwide showing his films in 2003 he became the first documentary filmmaker to reach the $1 billion benchmark in worldwide ticket sales.

Each year, New York Festivals, in collaboration with the United Nations Department of Public Information, selects entries that exemplify the aims and ideas of the United Nations and honors them with the United Nations Department of Public Information (UNDPI) awards. 2018 UNDPI winners include: “Living in the Future’s Past” (Cinepartners LLC), produced by Academy Award winner Jeff Bridges, earned the Gold UNDPI Award; “Water of Life and Death” (Xebec Media Ltd) earned the Silver Award; and “Brazilian Mechanic Lights up the World with Powerful Invention” (CGTN America) received the Bronze UNDPI Award.