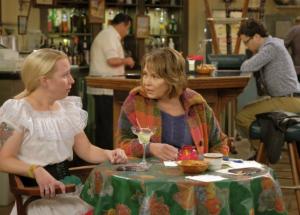 This image released by ABC shows Lecy Goranson, left, and Roseanne Barr in a scene from the comedy series, “Roseanne.” For the week of April 9 - 15, the top viewed show was “Roseanne,” on ABC, with 13.77 million viewers. (Adam Rose/ABC via AP)

As the rebooted “Roseanne” continues to dominate the television landscape, research indicates that enthusiasm expressed for the show’s initial success by President Donald Trump and Fox News Channel had an impact on its audience.

Both Trump and Fox commentators said the show’s initial stunning success was a reflection of the show’s lead character, played by Roseanne Barr, portraying a Trump supporter. The research organization Samba TV said viewership among people who also watched Fox News regularly increased by 40 percent from the first to second week on the air. For people who also watched MSNBC, which appeals more to liberals, viewership was down 11 percent for the same period.

The company’s research also indicates that older viewers are sticking with the series at a higher rate than younger people.

But ABC said those figures hardly indicate that the “Roseanne” audience lacks diversity. According to Nielsen data, 38 percent of the comedy’s audience last week identified itself as conservative, 41 percent said they were moderate and 22 percent said they were liberal. The show’s audience of 13.8 million on the first night it was broadcast last week led all primetime programming for the third week in a row.

“When a show reaches over 27 million viewers and ranks as the most popular show on television, it’s a strong indication that the series has broad appeal,” said ABC spokeswoman Jori Arancio, citing ratings that include people who watch on a delayed basis.

Fox News Channel was the week’s most popular cable network, averaging 2.59 million viewers in prime time. MSNBC had 2.17 million, TNT had 1.49 million, HGTV had 1.36 million and USA had 1.33 million.

ABC’s “World News Tonight” topped the evening newscasts with an average of 8.2 million viewers. NBC’s “Nightly News” had 7.8 million and the “CBS Evening News” had 5.9 million.

Below are primetime viewership numbers compiled by Nielsen for April 9-15. Listings include the week’s ranking and viewership. 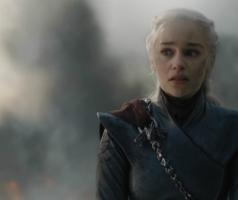 “The Big Bang Theory” edged out “Game of Thrones” as the two beloved TV behemoths again topped the ratings as they approach their finales. 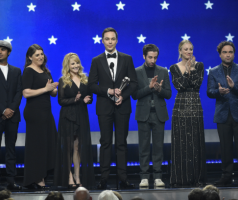 In the ratings battle between titans “The Big Bang Theory” and “Game of Thrones,” laughs won out. 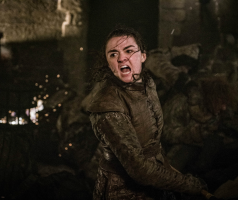 HBO’s “Game of Thrones” has once again ridden a high body count to a record viewer count. 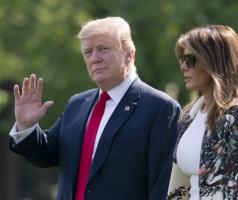 Given all the attention it has received over the past two years, the actual release of special counsel Robert Mueller’s report wasn’t exactly appointment television viewing. 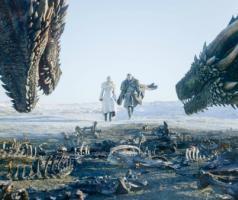 HBO’s “Game of Thrones” lived up to the hype. This past weekend’s season premiere stands as the most-watched one-day event in the history of the cable network that began in 1978.