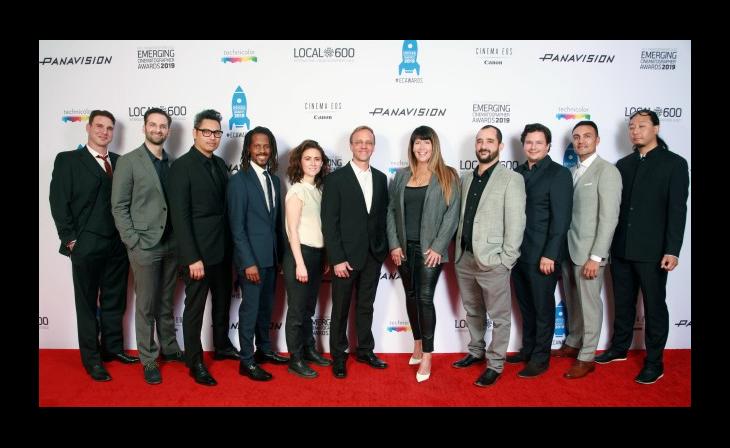 Patty Jenkins (5th from right) and the Emerging Cinematographer Awards' class of 2019. 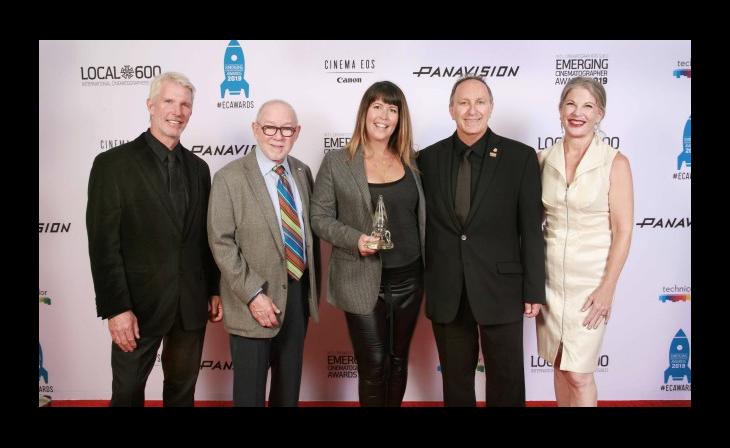 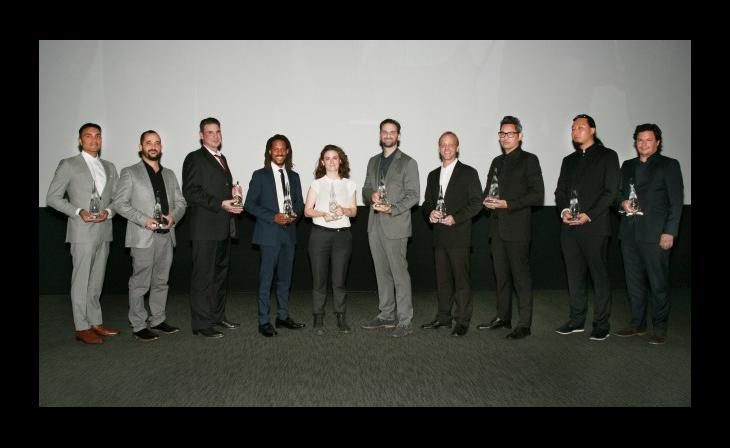 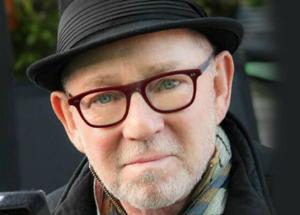 There were two notable firsts as the International Cinematographers Guild (ICG) presented 10 aspiring DPs with 2019 Emerging Cinematographer Awards (ECA) during a ceremony and screening held on Sunday (10/6) in the Television Academy’s Wolf Theatre at the Saban Media Center in North Hollywood.

For one, the ECA proceedings were for the first time kicked off by recently elected ICG national president Lewis Rothenberg. Secondly, the ICG presented along with Panavision an inaugural honor, the Distinguished Filmmaker Award, which went to writer-director Patty Jenkins, best known for helming the features Wonder Woman and Monster, as well as her work on the TV series The Killing.

In his opening remarks, Rothenberg thanked the many people who’ve made the ECA competition more prominent and relevant than ever, most notably the man he succeeded as Guild president, Steven Poster, ASC. During Poster’s 13-year tenure atop the ICG, the ECA grew substantively in stature. Rothenberg described Poster as a “dear friend” before having him come up on stage where he was joined by fellow ECA co-chair Jimmy Matlosz.

Poster said that while this year’s 10 ECA winners are not yet formerly designated as directors of photography, they are indeed DPs in every other respect, most importantly in terms of talent as reflected in their ECA-recognized work. In its 23 years, the ECA has received more than 1,100 short film entries from union camera operators and assistants. This time the 10 ICG members who made the grade from 108 submissions to become part of the 2019 ECA class are:

Drawing a capacity crowd at the TV Academy venue (after past years of filling up the DGA Theater in Los Angeles), Sunday’s ECA event is just the beginning of the festivities as the awards show and screenings are set to go on tour--to New York City on Oct. 27 at the SVA Theatre, and then in Atlanta at SCADshow and Chicago at The Logan Theatre, both on Nov. 3.

This past weekend, the ECA happenings included more than the Sunday showcase in North Hollywood. On Saturday (10/5) at ICG headquarters in Hollywood, the 10 ECA winners received practical career advice from a trio of DP agents: Erin Searcy and Trevor Kossack who specialize in features and commercials, respectively, at WPA; and Bill Dispoto, partner in Dattner Dispoto and Associates. The agents offered career counsel, discussed agent and DP strategies, standards for professional behavior and answered assorted questions from the ECA honorees.

Patty Jenkins
Jenkins received a standing ovation when she came up on stage to accept the Distinguished Filmmaker Award, presented by Kim Snyder, president and CEO of Panavision.

Among her many accomplishments, Jenkins directed Wonder Woman, for which she broke the record for highest grossing live-action film directed by a woman, domestic and worldwide. To date, Wonder Woman has grossed more than $822.1 million at the global box office. Jenkins also wrote and directed her debut Oscar-winning feature Monster, which earned numerous awards. Additionally, Jenkins is responsible for casting, building and helming the pilot and the finale episodes of AMC’s hit show The Killing, garnering her a DGA Award and a Primetime Emmy nomination.

Jenkins said she started her career in the camera department and though she wasn’t sure that was the right move at the time, in retrospect she knows it provided her with an invaluable foundation that helped her realize her dream of writing and directing. She saw first hand how technology-savvy artisans who possessed a great work ethic could make their efforts culminate in high art.

Jenkins also offered special thanks to her cinematographer colleague Matthew Jensen whose credits include Wonder Woman as well as the director’s episodes of the TNT series I Am the Night. Jensen is also DP on Jenkins’ much anticipated Wonder Woman 1984. Jenkins described Jensen as inspiring, managing to turn challenges and struggles into work that is “epic and magical.”

Other honors
The ECA weekend actually got started on Friday (10/4) with the presentation of special awards at the ASC Clubhouse in Hollywood. Recipients were John Simmons, ASC and freelance reporter Debra Kaufman.

Simmons was honored with the Cinematography Mentor Award for his commitment to advising and nurturing numerous young talented cinematographers.

Kaufman was given the Technicolor William A. Fraker Award for her journalistic contributions in covering the film and TV industry from the perspective of cinematography.