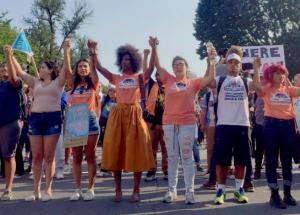 United We Dream, an immigrant rights organization, is one of the charities participating in this year's ADCAM competition.

The creative organization ADCAN has launched its fifth annual filmmaking competition. ADCAN’s mission is three-pronged: to shine a light on various global issues and the charities addressing them; to foster the careers of unsigned talent in creative industries; and to promote the use of creativity as a force for good. The 2018 ADCAN Awards ceremony will be held in Los Angeles on October 18, 2018.

ADCAN partners with a group of different charities each year and invites unsigned filmmakers and animators from across the globe to participate in a free-to-enter competition by creating an original 30-60 second film inspired by briefs designed to promote each cause. All films are given to the charities to use in perpetuity, and the winning and shortlisted filmmakers are invited to attend career-enhancing workshops in London and Los Angeles led by ADCAN’s industry partners and judges, which this year include Anonymous Content, Arcade Edit, Hey Wonderful, The Mill, Nexus, Rattling Stick, Park Pictures, Partizan, PRETTYBIRD, Psyop, Vice Media, Working not Working and The Department of Sales. Hummingbird Music in the UK has also generously gifted use of its library to entering filmmakers.

This year’s partner charities, while different in mission, all share a common thread: belief in the ability, value and strength of the world’s youth. Ashoka is helping society develop the next generation of change makers and social entrepreneurs by putting young people in charge; Springster is a global, mobile-first platform aimed to create positive change and spread knowledge across vulnerable populations through educational content and stories written for and by girls; United We Dream is the largest immigrant youth-led organization in the U.S., fighting for the dignity and protection of all undocumented immigrants across the nation; and Young Health Movement is working to make known the impact of social media on the mental wellbeing of young people. Additionally, for the first time ADCAN has included an opportunity for creative people in all stages of their career in the form of an open brief addressing the issue of gun control.

Founded in the U.K. by Dan Heighes, Brydon Gerus and Deborah Casswell to help emerging talent get a foot in the door, ADCAN has successfully mobilized the film and advertising industry to make a real difference and in 2015 was awarded a Points of Light Award from Prime Minister David Cameron. 2017 marked the launch of ADCAN as a global organization with the help of executive director Eric Voegele bringing the awards to the U.S., by way of Los Angeles, for the first time.

“ADCAN was so warmly embraced by the production community last year that we are happily expanding our collective of partners by adding Ali Brown (PRETTYBIRD), Paul Martinez (Arcade Edit), Dexter Randazzo (Department of Sales) and Michael Di Giralomo (Hey Wonderful/RSA) to our esteemed panel of judges in 2018,” said Voegele. “We are also very excited about the youth empowerment theme that has evolved with this year’s new charity partners. There will be four film briefs open to unsigned talent only, and a new open brief where we are encouraging entries of just about any kind. ADCAN has always been in service to our alumni community and charity partners, but we are very keen to see the type submissions we receive in response to this new opportunity.”

“Last year I had the opportunity to be introduced to ADCAN through their speed mentoring event and loved the altruistic nature of giving advice to young artists who had given of themselves to worthy causes,” said Brown, VP/executive producer, PRETTYBIRD. “When Eric asked me to be more involved this year, I couldn’t have signed up faster. There are so many incredibly talented young directors out there that just need a platform upon which to be seen and a friendly voice guiding them through this business. That ability to connect with the next generation of filmmakers while supporting the notion of using creativity for good literally makes this the consummate way to get involved in our industry.”

The ADCAN Awards have proved a veritable breeding ground for new talent and many winning and shortlisted alumni have secured full time employment with leading production companies, including ADCAN partners Rattling Stick and Partizan. The organization has established a wide network of filmmaking experts who have offered support, stewardship and guidance to previous entrants.

The competition is open from today; the deadline for submissions is August 15, 2018. 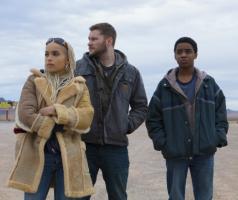 Following the success of their acclaimed short, Bag Man, at SXSW in 2015, Aussie directors Jonathan and Josh Baker--aka TWIN who are handled for spots...