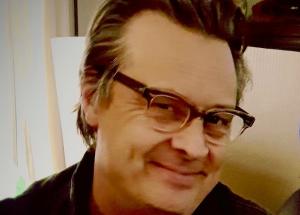 Director Pete Henderson, whose credits include funny spots for Hotels.com, Coke, KFC, Michelob, PurelyGreat, Harlequin, Expedia and the Ontario Lottery, has joined Accomplice Media for commercial representation in the United State. Based in Toronto, Henderson is seeking to leverage Accomplice’s strong representation in markets across the U.S. to form new agency relationships and gain more opportunities to apply his agreeably absurdist brand of humor.

Henderson has built his reputation in Canada--where he’s handled by production house Someplace Nice--through work that pushes comedic boundaries and often breaks them. A recent spot for deodorant maker PurelyGreat could be a scene from a Monty Python movie or a comedic scene from Game of Thrones as a pair of medieval peasants, sorting potatoes in a field of muck, puzzle over the unnaturally pleasant smell of a young woman. They denounce her as a witch and burn her at the stake. The spot ends with the woman’s scorched hand clutching the product.

“I don’t often describe my work as risky for fear of frightening people off, but that is ultimately what I aim for,” Henderson observes. “If the story involves a generic family sitting around a table, I might put a python in the background. I look for small victories in every shot.”

Henderson’s work for Harlequin centers on housewives who imagine themselves in passionate encounters with hunky cover models from romance novels. Although the scenarios are over-the-top, they’re funny because they reflect a truth about Harlequin readers. “It’s all about her,” Henderson explained. “Harlequin novels aren’t about sex, they’re about fantasy.”

A Toronto native, Henderson got his start directing music videos, winning awards for clips for the Tragically Hip, Barenaked Ladies, Blue Rodeo and other bands. Transitioning to advertising, he developed a knack for comedy through notable campaigns for Coke, GM, Phillips, Roger’s Communications, KFC and others. His joining Accomplice Media marks the director's first U.S. representation in several years. Earlier in his career he had been handled in the American ad market by production company Mechaniks.

Henderson observed, “As a commercial director, success depends on how fast you can determine whether something works or not,” Henderson said. “The work is fast, adventurous, economical and visually appealing. I love the process.”

“Pete is a great storyteller, who brings a craftsman’s touch and an inspired sense of humor to every project he collaborates on,” said Accomplice Media executive producer Jeff Snyder.

For his part, Henderson said he was impressed with Snyder’s long-term commitment to his directors and resourcefulness in matching them with creatively-challenging projects. “Jeff has a plan and strategy that aligns with my goals. I’m looking for good ideas, ideas that can be expanded on and made cinematic.”