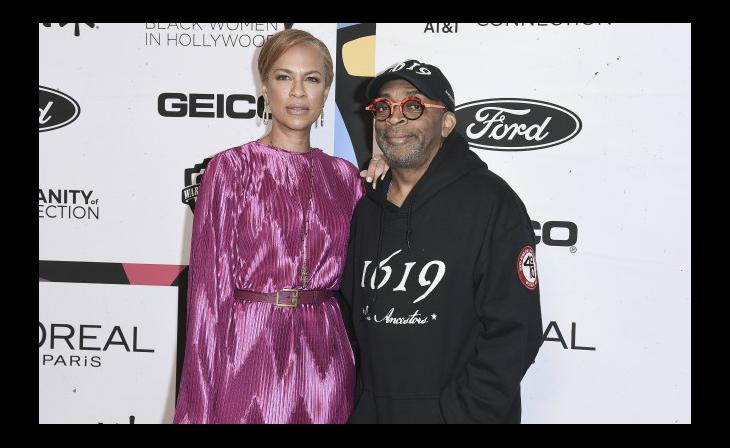 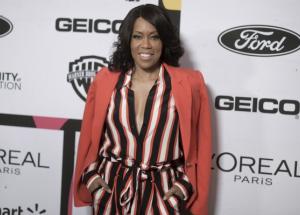 Amandla Stenberg brought the audience to their feet as she talked of being protected by the ancestors.

KiKi Layne evoked tears as she talked about having the comfort of black women during an exciting but "terrifying" time.

Regina Hall kept people in stitches as she cracked jokes and celebrated her longevity in Hollywood. And Jenifer Lewis commanded everyone to honor those who came before them— while seemingly alluding to the arrest of Jussie Smollett for allegedly concocting a hoax about being attacked.

The actresses honored by Essence at the Black Women in Hollywood luncheon all riveted the room, albeit for different reasons, in front of a crowd that included Angela Bassett, Oscar-nominees Regina King and Spike Lee, Ava DuVernay, Diddy, Maxine Waters, Anita Hill and a host of other luminaries.

The annual event, hosted by Kelly Rowland, put the spotlight on black women as Hollywood prepares for its biggest night — the Oscars — in an industry where black women still can find themselves struggling to be heard and seen.

Layne is one of the lucky ones who hit a home run with her first movie, "If Beale Street Could Talk." Her co-star in that movie, King, lovingly introduced the statuesque star by saying she felt Layne could be her daughter. When King began to tear up, she said: "I'm crying like I really am your mama!"

The tears didn't stop when Layne accepted her trophy. She recounted praying that she would be featured in Essence magazine, and then, when they put her on the cover, she worried she wasn't ready.

"(Then) it hit me that it was the perfect time for me to receive this honor because it is the very beginning for me, and being here in this room, receiving this award, it's showing me that I'm not by myself in all of this," she said.

"People ask me all the time, 'How has all of this been' or 'your life is changing.' I mean it's extremely exciting, I'm so very grateful, but it's also completely terrifying," Lanye said, as she started to softly cry.

As the audience cheered her on, she reflected on how her success has encouraged others with "my chocolate skin and natural hair. . being represented in a way that this industry that we all know doesn't always (tend) to represent us."

"The Hate U Give" star Amandla Stenberg evoked the ancestors in her speech — from the grandmother that she never met, but felt a connection to, to others unknown that she said lift black women up daily.

"Sometimes it may feel like we carry a lot of weight, but it is because we have been given roots that run deep into the earth," she said. "The love and protection of our ancestors envelops us and transcends time itself. No matter what we face, we are wrapped in that protection."

Not all of the speeches were heavy. Hall, who also starred with Stenberg in "The Hate U Give" and drew raves for her role in "Support the Girls," had the audience in stitches as she recalled her 20-year journey in Hollywood, which started with a psychic who stopped her and told her she would be very successful — but years later.

She added: "I never had a quantum leap that was overnight. But there is so much that you learn in the journey, and so I'm grateful for that."

Hall celebrated the friendships that helped her make it through, including with Sanaa Lathan, who co-starred with her in "The Best Man" and became one of her closest friends. She joked about the time Lathan told her she was going to get a job offer, but to keep it secret. When the offer never came, she called to find out what happened — and found it was for Regina King.

Hall talked so much so that Lathan jokingly tried to leave the stage. The afternoon's final honoree, "black-ish" star Lewis, got up and shouted, "Sit your (butt) down!" That drew even more laughter.

Lewis, dubbed the "mother of Black Hollywood" combined comedy and wisdom in a poignant speech where she talked about overcoming the extreme poverty of her childhood, being molested and learning to live with being bipolar.

"I asked for help, and I got it, and now, as you can plainly see, in my skin. HAPPY! FREE! RICH! FAMOUS! I'M SO AMAZING!" she shouted to the cheers of the crowd.

While she was introduced by longtime friends Loretta Devine and Sheryl Lee Ralph, her award was given to her by her daughter, whom she adopted after being a mentor to her.

Lewis beamed as she looked at her: "I did something right!"

The Essence luncheon occurred the same day "Empire" star Smollett was in court to face allegations he concocted a hoax about being the victim of a racial and homophobic attack, and it was part of the chatter on the red carpet leading up to the event.

While Lewis never mentioned Smollett, she said, she was asked "what do you think" on the carpet and told reporters that she would have no comment.

But on stage, she began singing a song with the lyrics: "Before you lie to us, remember Rosa sat on that bus; before you tell your tale, remember Mandela sat in that jail," and implored the audience to "remember the shoulders you stand on." 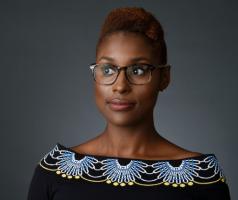 When Issa Rae watched Oprah Winfrey being honored at Essence magazine's Black Women in Hollywood Awards last year, the actress hoped she would one day be recognized in the same fashion. But she... 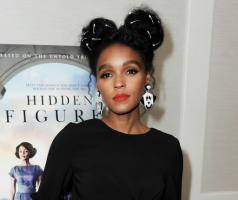 The magazine announced Thursday that it...