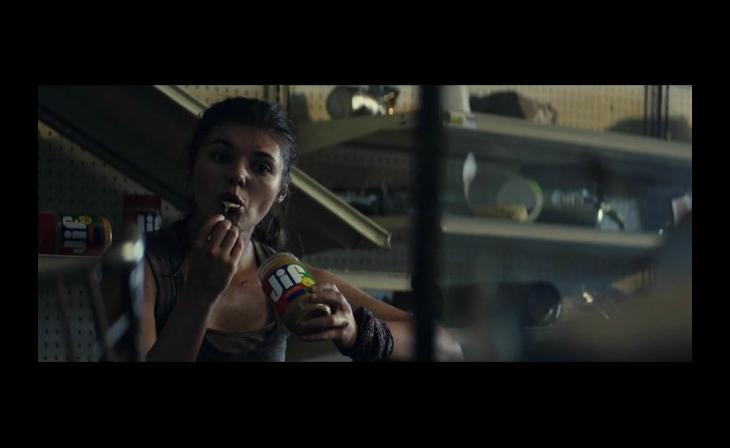 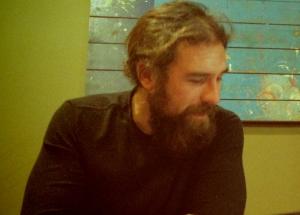 A woman runs for her life as a rural community is under siege. Amidst the onslaught of a cataclysmic extraterrestrial invasion, she spots refuge--a bunker in which townsfolk have taken cover. A man motions to her to join them and she safely arrives, going underground to a haven from the destruction above.

What a relief--until some of the food provisions are revealed, including jar upon jar of generic peanut butter. The woman then scurries away, back to the danger above--but it’s worth the risk, underscoring just how far a person might well go for the fresh-roasted peanut taste of Jif.

Titled “Bunker,” this cinematic-style comedy commercial is part of “That Jif’ing Good” campaign directed by Wayne McClammy of production house Hungry Man for agency Publicis New York. Music and sound design from Venice, Calif.-based Beacon Street Studios helps to adroitly tell the story--to such great effect that the work has been selected as the #1 entry in this quarter’s SHOOT Top Ten Tracks Chart.

Sound feedback
Molina discussed his approach to “Bunker,” relating, “With sound design you’re always looking to enhance the story of the film. In this case, the film opens up in a visceral, post-apocalyptic world, so we wanted to make the soundscape feel as threatening as possible. That includes spaceships, wind, her breathing, fire, et cetera. Making the film sound like a cinematic sci-fi thriller ultimately helps the joke feel more surprising.”

Relative to the music, Feltenstein shared, “In terms of music, we just need to play it as seriously as possible but we wanted the music to be as unfamiliar as the situation.”

As for how music and sound design came together, Molina said, “For me, getting drafts from the music department early in the process is immensely helpful. It allows me to understand the instrumentation that will be used in the film, and to create sounds that are compatible both harmonically and texturally. Additionally, it’s always good to know which moments are being punctuated by music, so that I am aware of which gaps need to be filled by my sound bed. It’s a bit like a game of Tetris, and the outcome is hopefully a pretty well threaded soundtrack.”

Feltenstein quipped, “Yes, Rommel is lucky we are in the room next door. All kidding aside, its a luxury to work side by side on jobs like these. It really allows us to work synchronistically.”
Relative to his biggest takeaway or lessons learned from the “Bunker” experience, Molina observed, “These projects are always a reminder that you have to choose sounds that are best suited for the film, even if they are not what you had in mind initially. Gotta be a team player!”

Feltenstein’s takeaway was more tongue-in-cheek, though for him undeniably true. “In Wayne we trust,” he affirmed, alluding to the comedic sensibilities of director McClammy.