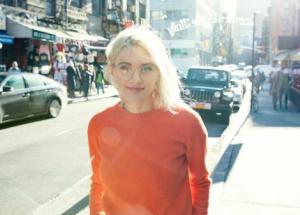 Comedy director Amber Schaefer has joined Caviar for representation in the U.S. spanning commercials and branded content. The L.A.-based Schaefer has an extensive background as a writer, creative, actor, and producer, which informs her well-received directorial work for brands such as GEICO, Burrow, Carnival Cruises and Dos Equis.

Schaefer’s penchant for humor and collaboration led her to study improv, character, and sketch comedy at such hallowed halls as The Pit, The Magnet Theater, and Upright Citizens Brigade. Her weekly stand-up show in New York ran for several years, and she’s written and produced content for clients like Expedia and American Express. Schaefer has worked in various creative capacities with talent including Ben Schwartz, Shaquille O’Neal, and Sam Smith.

Schaefer is also driven by a passion for politics, evidenced by her degree in Political Theory from Marlboro College. Recently, she created and directed a series of unsanctioned political ads that aim to shift the pervasive white male “Bernie Bro” rhetoric (centered on Presidential candidate Bernie Sanders) rampant in the media. A spoof on a traditional luxury fragrance ad, “Bérnié: The People’s Perfume,” was made with an L.A.-based cast of influential Bernie Babes: Demi Adejuyigbe, Paige Elkington, Matisse Andrews, and Kate Hollowell.

The playful parody gives a face to the many women and people of color whose support for Sanders has often been rendered unseen, despite the fact that they have consistently made up more of his base than white men. “Comedy at its best lifts a veil and makes the invisible visible,” Schaefer observed.

Schaefer followed up “The People’s Perfume” with a fresh batch of videos made with the same all-volunteer cast, launched on Valentine’s Day. Invoking the nostalgic cheesiness of ‘90s-era commercials for late-night hotlines, the ads come complete with a working number where curious callers can hear a sensual voice describing Sanders’ policies, such as Medicare for All and the Green New Deal.

Kim Dellara, partner and executive producer at Caviar, said of Schaefer, “Her infectious love of short-form storytelling and sharp wit was obvious from our first meeting. I really appreciate her clever ability to quickly establish premise and develop empathetic characters.”

In turn, Schaefer said she was drawn to Caviar’s “extraordinary directors, their impressive body of work, and their relaxed--yet hard-working--no-bullshit company culture.”

Previously repped by More Media, Schaefer remains signed to Soft Citizen in Canada, and 3Arts for film and television projects. She is currently writing her debut feature film.