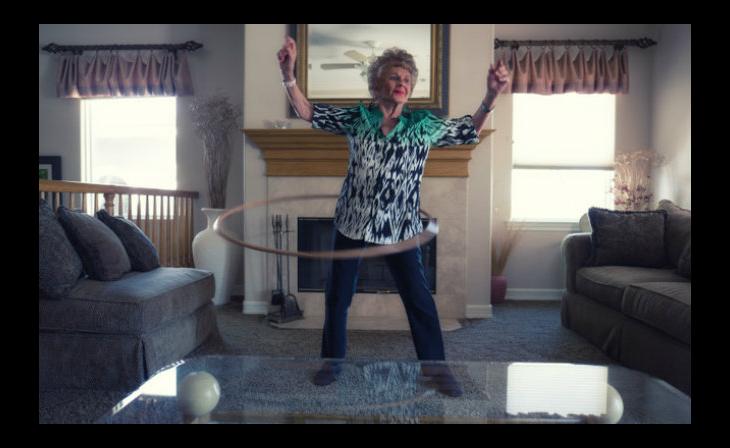 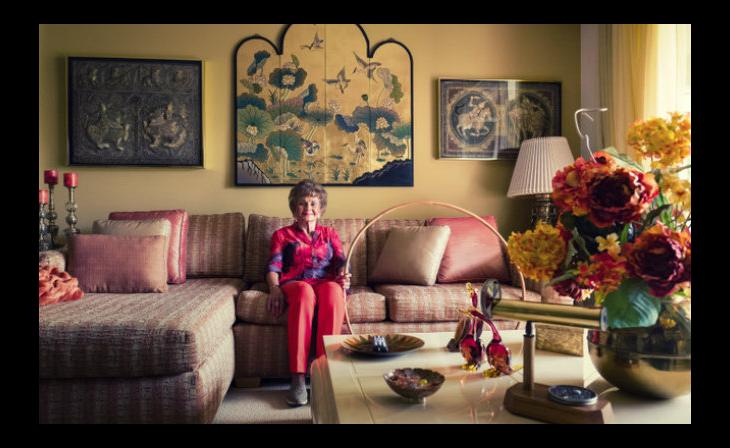 Joan Anderson in "Hula Girl," which is set to make its world premiere at the 2018 Tribeca Film Festival 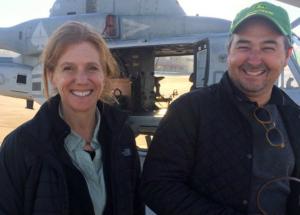 Riess/Hill--the groundbreaking husband-and-wife directorial duo of Chris Riess and Amy Hill--is about to make its first showing at the Tribeca Film Festival, set to debut the documentary short Hula Girl on April 19.

Riess and Hill are no strangers to the festival circuit, having gotten early career momentum many moons ago when their Sundance Film Fest spec trailer caught the eye of Robert Redford who asked for a sequel, funding and debuting it at Sundance. This and a subsequent celebrity-driven spot led to Riess and Hill being signed for commercial representation, their inclusion in the Cannes New Director Showcase and within the first two years of their careers, they made history at the DGA Awards on two fronts. In 1999, Riess/Hill became the first duo and Hill the first woman to be nominated for the DGA Award in commercials. Riess/Hill’s DGA nod came on the strength of work for: Saturn via Publicis & Hal Riney, San Francisco; Long John Silver out of jordanmcgrathcase&partners, New York; AmSouth for Slaughter Hanson Advertising, Birmingham, Ala.; and Bronson Medical Center via Biggs & Gilmore, Kalamazoo, Mich.

Fast forward to today and Riess/Hill are back in the fest mix with the Tribeca selection, while their commercialmaking continues to progress at production house Wondros, which has been their ad/branded content home since 2015.

Hula Girl introduces us to 94-years-young Joan Anderson who shares the previously untold story behind the Hula Hoop. An American mother of Australian descent, Anderson some 60 years ago saw hoops being played with during a visit Down Under. She and her husband brought back to the U.S. one of the bamboo hoops, coined the name Hula Hoop and shared all this with toy company Wham-O. A handshake deal for any proceeds generated by the Hula Hoop wasn’t honored as a new origin story was concocted by the powers that be at the company, leaving Anderson and her spouse out of the equation. The Hula Hoop, of course, went on to become one of America’s all-time biggest toy successes and a fad that captivated the country. Still, Anderson has harbored no animosity or bitterness, just wanting to set the facts straight in her golden years. For her, the best revenge has come through enjoying a full life as directors Riess and Hill not only help tell her story but also capture her joyful spirit.

A rough cut of the short drew in Tribeca, leading to it being selected for the fest. All of this, though, wouldn’t have come to pass without director Hill’s mom who ran across the story by chance at a restaurant where she overheard women talking about Anderson and her story--one they felt might not get told given her advanced age. Hill’s mother was enticed enough by what was said to volunteer her daughter and son-in-law’s filmmaking services to the cause. Mom then sheepishly called Hill with a quasi-apology: “Don’t be mad at me, Amy.” Hill wasn’t, trusting her mother’s instincts enough to check the story out and finding that it had merit. “I met Joan and she was fabulous,” said Hill.

Riess and Hill then had to do their due diligence, corroborating as much as they could, researching the lawsuit and out-of-court settlement. Convinced of the story’s accuracy, the directors then did justice to Anderson and her late husband, capturing the 94-year-old’s free spirit and can-do attitude which was evidenced by a recent trip to Bali to see her son. Now another trip is in the offing for Anderson--from her seniors-living retirement home in the San Diego area to New York for the Tribeca Film Festival. Plans call for Anderson to attend two of the Hula Girl screenings at Tribeca.

Narrative wheelhouse
Hula Girl is in the narrative wheelhouse of Riess and Hill whose commercialmaking and branded content fare over the years is marked by storytelling spanning pathos and comedy, actors and real people, the latter dating back to such stellar work as an American Academy of Dermatology PSA which shows us home movie-style footage of a boy worshiping the sun, out and about in the great outdoors, then seguing to him as a man--whom we later see has skin cancer--as he gets ready in the morning, part of his daily routine being to don a prosthetic nose.

Then there’s an American Heart Association campaign which includes a spot titled “Gardner,” the last name of twin boys who were born a mere half-hour apart. We see the boys seated on a bed. “I was born thirty minutes older,” says one brother. The other chimes in, “We’re not the same height—and he has heart defects and I don’t.” The scene cuts to the two boys standing side by side. They pull up their shirts. They both have slender physiques—but one boy has a scar running down the center of his upper torso, from his chest to his belly button. The spot cuts away from the boys to a supered message against a gray background, which reads, “Heart disease can affect anyone.” We then return to the twins on the bed. The kid with the heart defect explains his illness. “A heart defect is when your heart isn’t fully healthy,” he related. “It’s not like other people’s hearts.”

His brother observes, “I get really sad ‘cause he goes into the hospital and I’m not able to play with him.” The camera cuts to the boys again standing together. Their facial expressions and body language show the bond they share, and the love and friendship they have for one another. The healthy boy then says of his brother, “He’s really brave.” A supered message against a gray backdrop simply reads, “Let us help your family.” A voiceover intervenes, as an American Heart Association logo and contact info appears on screen.

Riess/Hill’s body of work extends to brands including Pepsi, Bank of America, Procter & Gamble, Siemens, USMC and Chase. The directing duo’s piece for Gillette Venus #Useyourand was nominated for “YouTube Ad of the Year” and received over 35 million views. Riess and Hill have taken on worthwhile projects both through Wondros’ commercial production operation as well as its global division which tackles social issues and causes.

Continuing their spot/branded content endeavors--which include just wrapping at press time a Teleflora spot examining mother-daughter relationships--Riess/Hill is now extending its reach into other disciplines as evidenced not only by its Tribeca entry but also a photo project about Anger, nine years in the making, that is going to be a part of the Month of Photography Los Angeles (MOPLA). Their Anger images will be projected in L.A. on the same date that Hula Girl premieres at Tribeca.

Additionally Riess--who also shot Hula Girl as he does much of the work he and Hill direct--shared that they have optioned their first book, “The Memory of Running” by Ron McClarty, and are currently working on the screenplay based on that novel for a narrative feature.

Furthermore, Riess and Hill are trying to find a home for a pet project, Play Catch With Her, the roots of which hearken back to when Hill was a young girl and her father would play catch with her. Playing catch with dad proved to be a confidence and self-esteem builder, underscoring how just a few minutes of regular father playtime can positively impact the lives of their daughters.

Riess related, “We would just shoot on the run, find a father and daughter, throw them a ball, watch them interact. We had our own daughter narrate.”

“It’s strong,” assessed Hill. “We’re writing to the Ad Council and exploring other outlets. We want to give this work to somebody who can use it, who can get it out there.”