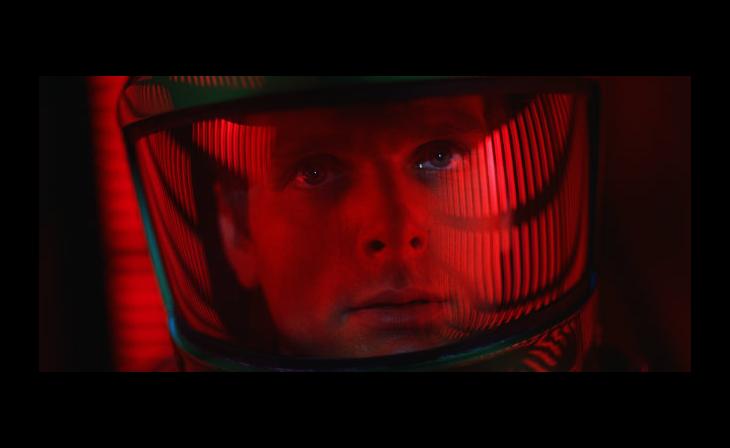 This image released by Warner Bros. Pictures shows Keir Dullea in a scene from the 1968 film, "2001: A Space Odyssey." Filmmaker Christopher Nolan, a passionate booster of the big screen and champion of celluloid, has returned Stanley Kubrick’s film to its original analog presentation that will put the sci-fi masterpiece back into theaters to commemorate its 50th anniversary on Friday. (Warner Bros. via AP) 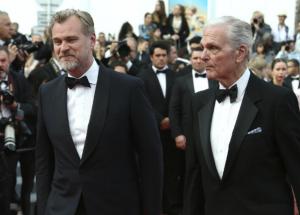 Director Christopher Nolan, left, and actor Keir Dullea pose for photographers upon arrival at the premiere of the film '2001: A Space Odyssey' at the 71st international film festival, Cannes, southern France, Sunday, May 13, 2018. (Photo by Joel C Ryan/Invision/AP)

For these the-movies-are-dying, I'll-stream-it-at-home times, Christopher Nolan has brought out the big guns.

The 47-year-old filmmaker, passionate booster of the big screen and champion of celluloid, has, in a time-traveling expedition of his own, returned "2001: A Space Odyssey" to its original analog presentation in a new-but-old print that on Friday will put Stanley Kubrick's mind-blowing sci-fi masterpiece back into theaters to commemorate its 50th anniversary.

That "2001" is worth revisiting has rarely been in doubt, even though its 1968 premiere sparked more than 200 walk outs (including MGM executives) and critic Pauline Kael dismissed it as "trash masquerading as art." No, "2001" not only became the highest grossing film of 1968, its epic, eons-spanning odyssey has ever since bewildered and astonished moviegoers — none more than Nolan who, after his father took him at age seven to a screening in London's Leicester Square, has been agog at Kubrick's achievement.

"For the first time since the silent era, it showed that you can construct a completely new rule set for the nascent form," says Nolan. "Cinema is 100 years old. It's still a young medium, but 50 years ago, it was a very young medium. I think you have to go back to (D.W.) Griffith to see somebody just go: 'OK, we're doing this. This is the experience you're going to have that you haven't seen before and you won't see afterwards.'"

The day after premiering the "unrestored" ''2001" at the Cannes Film Festival, Nolan was still buzzing from the experience. He was joined by the film's star, Keir Dullea and Kubrick's daughter, Katharina Kubrick. Played on the Palais' pristine Debussy screen with full operatic intro, intermission and coda, the screening was, unlike most decades-old movies, met with a thunderous standing ovation.

"There's no film that I'm going to make that's going to get the reaction we got at the end of last night," he says, more thrilled than crestfallen.

The "unrestored" ''2001" opens Friday in select cities before traveling roadshow-style across the U.S. throughout the summer. The project came about while Nolan was preparing the home entertainment release of "Dunkirk," his Oscar-winning 2017 hit that grossed $525 million worldwide for Warner Bros. The studios' vice president of restoration, Ned Price, offered Nolan a look at a reel of the film's original 70-mm camera negatives — stored for preservation, not distribution.

Bowled over by them, Nolan suggested the studio restore the negatives, but not in the digitized way, with 4K resolution, most common in film restoration. Both versions are valid, Nolan says, but they are different things — even different mediums. To him, it's the difference between the crackling, rich sound of vinyl and flatter, shallower mp3 digital format.

While Nolan will happily get into the minutia of film presentation, he believes that ultimately, the audience can just feel the difference, like they're closer to the film. "It's just fun," he says. "That's the bottom line: It's just tremendous fun."

There's room for both approaches, he says. In the fall, Warner Bros. will release a Blu-ray "2001" in 4K resolution with HDR. Nolan contributed to that as well, as he does for the DVD releases of his own films.

Nolan estimates he's seen "2001" dozens of times in recent months. "The skill of it, it's just staggering," he says, with about as much animation as the ceaselessly even-tempered British filmmaker typically shows.

Meanwhile, Nolan has been slowly working on writing his follow-up to "Dunkirk." He hasn't gotten "terribly far," he says chuckling.

"I have learned through this experience that if you're trying to write a script, watching '2001' every week is not the best way," Nolan says. "It's a little daunting." 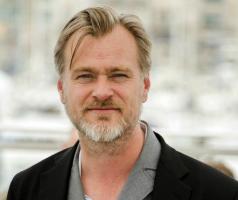 "The Dark Knight" is returning to the big screen — actually, four of the biggest ones — in celebration of its 10th anniversary.

Warner Bros. announced Wednesday that the middle film in... 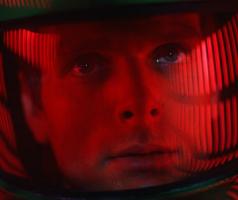 An unrestored 70mm print of Stanley Kubrick's masterpiece "2001: A Space Odyssey" is coming to select U.S. theaters in May in celebration of the film's 50th anniversary. 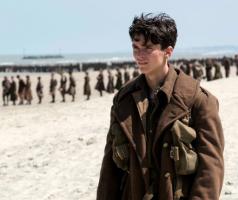 "Dunkirk " is not a typical war movie.

There are no brothers in arms, no flashbacks to simpler times and pretty wives and girlfriends left behind, no old men in situation rooms...

A ticking sound runs throughout "Dunkirk" like an omnipresent reminder that time is running out for the 340,000 British and Allied soldiers marooned on the French beach and surrounded by Germans.... 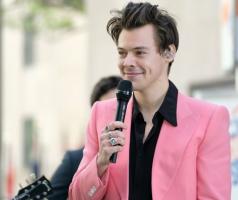 Director Christopher Nolan and actor Mark Rylance didn't know quite how famous Harry Styles was before "Dunkirk." The young people in their lives certainly did.