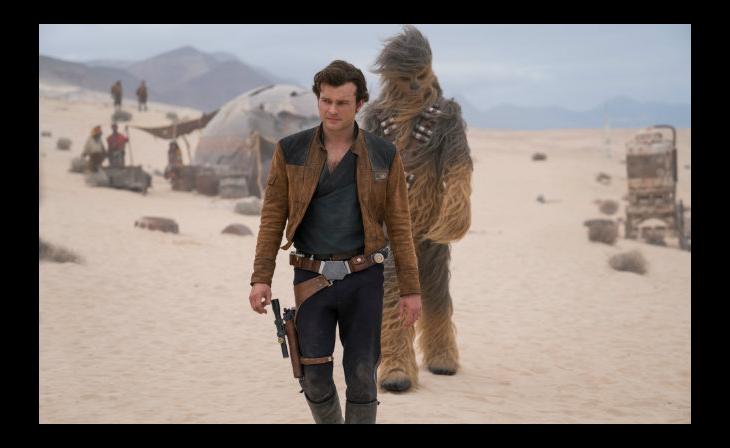 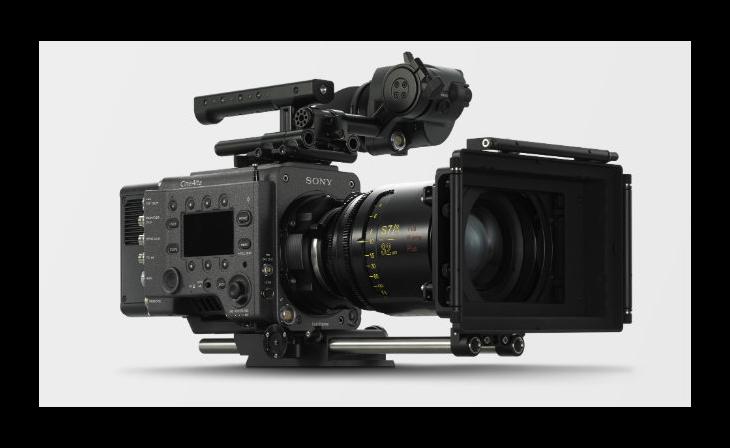 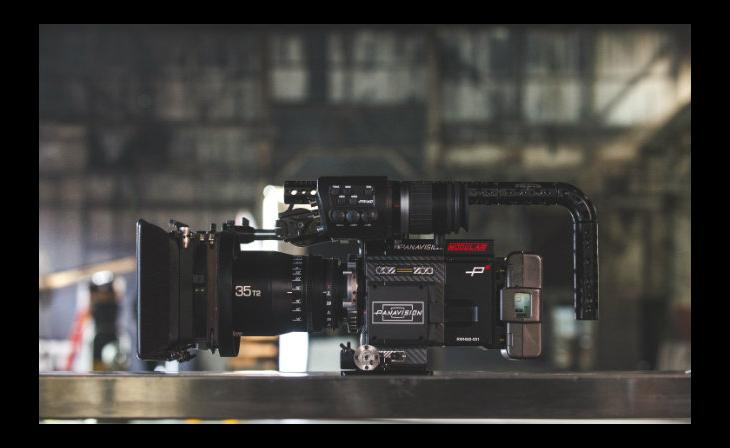 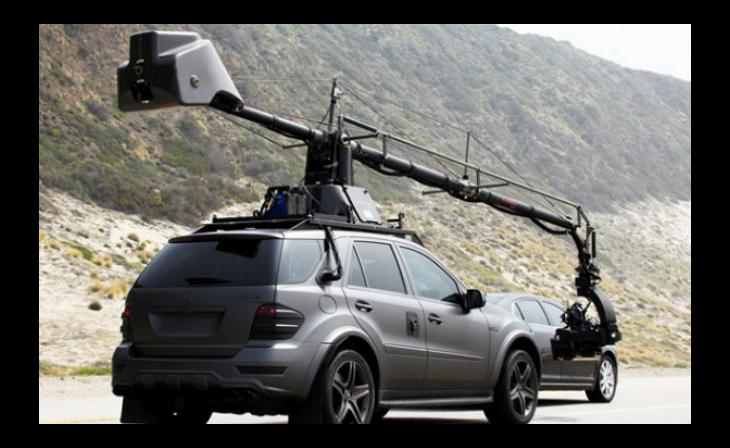 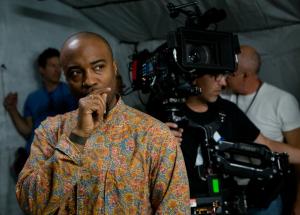 Bradford Young, ASC, on the set of "Arrival," which earned him a Best Cinematography Oscar nomination (photo by Jan Thijs/courtesy of Paramount Pictures)
Sony, Panavision, NBCUniversal LightBlade roll out innovations

Bradford Young, ASC, recently discussed his lensing of Solo: A Star Wars Story, noting that the film--initially directed by Phil Lord and Chris Miller before they were replaced by Ron Howard--was inspired at first in part by Robert Altman’s McCabe & Mrs. Miller.

Young related that Lord and Miller’s key point of reference for the Star Wars film was that 1971 Western, which was shot by the legendary Vilmos Zsigmond, ASC, who passed away in 2016. As reflected in a critically acclaimed Western being a creative springboard of sorts for Solo, the intent from the outset was to break new cinematic ground for the Star Wars franchise.

Young shared this and several other insights relative to Solo during an ARRI Rental-sponsored session on Friday (6/1) at the Cine Gear Expo on the Paramount lot in Los Angeles. Young related that after testing various cameras, he went with the ARRI Alexa 65, in large part because of the opportunities it opened up for him to experiment with and deploy different lenses. He hadn’t considered the Alexa 65 until he saw Greig Fraser, ASC, working with it on the set of Rogue One: A Star Wars Story.

Still, Young wasn’t sold on the Alexa 65 right out of the gate. It was the journey to find vintage glass that caused him to gravitate more and more to the camera which could accommodate unique lenses. Instrumental in that search for glass was Neil Fanthom, director of technology for the ARRI Rental Group, who appeared on stage with Young at Cine Gear Expo along with James Corless, group head of picture services at the U.K.’s Pinewood Studios. Corless served as head of Pinewood’s editorial department on Solo. Moderating the discussion was American Cinematographer contributor Noah Kadner.

Young was drawn to Prime DNA lenses and the creative potential they held working in tandem with the Alexa 65. This included some vintage glass from the 1950s never used before and introduced to him by Fanthom, Young and ARRI Rental developed several DNA optics from scratch while modifying others to meet the needs of Solo. Additionally for optimum maneuverability and mobility, Young shot select Solo sequences with the Alexa Mini.

Young observed that being able to control the optics and introduce new glass into the equation enabled him to take “ownership of my process.” Fanthom noted that the Arri 65’s large sensor represented a bigger target that provided “more room to mess around with the glass,” exploring different options.

Young chimed in that beyond the glass, he was able to bring color science to bear through the Alexa 65 sensor, helping to realize the vision for the film or as he describes, to “etch in time our mind’s eye.”

In addition to being stoked over the opportunity to get involved in the Star Wars franchise, Young experienced the special treat of comparing notes with Chris Menges, ASC, BSC, a two-time Best Cinematography Oscar winner--for The Killing Fields in 1985 and The Mission in ‘87. Menges also received Academy Award nominations for Michael Collins in ‘97 and The Reader (shared with Roger Deakins) in 2009.

Menges--who served as second unit DP on Star Wars: Episode V-The Empire Strikes Back--visited the Solo set at Shepperton Studios, giving Young the chance to meet a DP whose films he had long admired, particularly for its breakthrough “work in the shadows.” Influenced by Menges’ artistry over the years, Young too has an affinity for playing in the shadows, using darkness as a storytelling tool. “If you don’t see someone’s face, we’re trying to tell you something, “related Young. “All of it is a gift (to the audience).”

Young is a best-in-class gift giver as his Best Cinematography Oscar nomination for the Denis Villeneuve-directed Arrival in 2017 would attest. He made history in the process, becoming the first African American to be nominated in the Cinematography category.

Young earlier was an Independent Spirit Award nominee for Best Cinematography on the strength of director Ava DuVernay’s Selma.

Young additionally is a three-time winner of the Dramatic Cinematography Award at the Sundance Film Festival--for the Dee Rees-helmed Pariah in 2011, and both Mother of George (directed by Andrew Dosunmu) and Ain’t Them Bodies Saints (directed by David Lowery) in 2013.

According to Lightstorm, the Sony VENICE camera system was the right choice to continue the Avatar storyline and give audiences an entirely new experience.

“The VENICE camera delivers the most astonishing image I’ve ever seen,” said director Cameron, “The blacks are rich, deep and velvety, the highlights and source lights are amazingly bright. For the first time, we truly appreciate what the term High Dynamic Range means.”

While principal photography on the “Avatar” sequels using VENICE is expected to begin first quarter of 2019, performance capture is underway now.  The process is supported by a variety of additional Sony imaging technologies including multiple Alpha mirrorless interchangeable lens cameras, PXW-Z450 and PXW-320 camcorders and the compact RX0 camera.  The production is also using Sony’s F55 and Alpha cameras to record behind-the-scenes footage and stills.

Sony worked closely with Lightstorm to customize VENICE for its specific needs, with regular meetings taking place among Cameron, his production teams and Sony’s engineering group.

“Our goal in this ongoing co-development collaboration is to enable Lightstorm to execute their vision and deliver their unique approach to storytelling,” said Neal Manowitz, VP of digital imaging at Sony Electronics.  “For Avatar, VENICE will be put to use in very demanding environments. The camera’s Full Frame sensor gives them complete flexibility and freedom to choose aspect ratios, various bokeh and lenses that match their shooting requirements.”

For the upcoming Avatar sequels, multiple VENICE cameras will be paired in various 3D stereoscopic rigs. Using the new Sony cabling system, the only part of the VENICE carried on the rig will be the image sensor optical blocks, significantly reducing on-board camera weight to about three pounds per sensor block. By lowering the weight and improving ergonomics, Cameron and the Lightstorm team will have the ability to shoot with greater flexibility and freedom.

“This new extension system is a perfect example of listening to our customers, gathering strong and consistent feedback, and then building that input into our product development,” said Peter Crithary, marketing manager, motion picture cameras, at Sony. “The Avatar sequels will be among the first feature films to use the new VENICE Extension, but it also has tremendous potential for wider use with handheld Steadicams, drones and gimbals, and remote mounting in confined places.”

Panavision
Panavision’s Millennium DXL2 8K camera made its Cine Gear Expo debut. The large-format camera with a new post-centric firmware upgrade was showcased at the Panavision booth along with four new large-format lens sets, a DXL-inspired accessories kit for RED DSMC2 cameras, and a preview of custom advancements in filter technology.

“Millennium DXL2 is the cornerstone of an ever-evolving ecosystem that is designed to improve creative control across every department,” said Michael Cioni, sr. VP of innovation at Panavision and Light Iron. “By combining the company’s expertise in optics, filters, color science, and postproduction with strategic partner integrations, we are able to offer filmmakers an entirely fresh image and workflow that is only available within DXL’s ecosystem.”

The camera offers 16 stops of dynamic range with unmatched shadow detail, a native ISO setting of 1600, and 12-bit ProRes XQ up to 120fps. New to the DXL2 is version 1.0 of a directly editable (D2E) workflow. D2E gives DITs wireless LUT and CDL look control and records all color metadata into camera-generated proxy files for instant and render-free dailies.

“NBCUniversal Set Lighting Department is a principal thought leader when it comes to new technologies in lighting, and the LightBlade LB800 is no exception,” said Jamie Crosbie, VP of studio services at NBCUniversal. “The LightBlade product line continues to provide content creators the necessary tools for developing cutting edge lighting techniques in an ever evolving industry.”

The NBCUniversal LightBlade LB800 is a 24” x 48” fixture that can be configured in 10 independent zones, with complete DMX/RDM control over each zone.  It features local and remote dimming, 0-100%, calibrated in f-stops, and can be controlled via wired or built-in wireless CRMX control.  NBCUniversal LightBlade products feature reference-quality variable white light from 2700K to 6500K. They have superior color rendering with typical CRI>90, R9>95, and a saturated color engine that works creatively with high-CRI white light.  The LightBlade products are versatile, lightweight, silent and flicker-free, and built to endure the wear and tear of staging and production.

Filmotechnic USA expands
Filmotechnic USA, one of the largest camera car companies in the world, announced during Cine Gear Expo that it has opened new physical outlets in Atlanta, Dallas and Orlando. Filmotechnic is known worldwide for its Academy-awarding winning fleet of stabilized camera car systems. Filmotechnic headquarters and fabrication facilities are located in Los Angeles, in addition to support offices in Detroit.

According to Filmotechnic manager John Urso, the company saw the need to open physical locations in Atlanta, Dallas and Orlando to address an ever-changing industry. “Brick and mortar was the way to go,” contended Urso. “Content producers all over the country are demanding faster turnaround. Now our clients have the camera car systems where they want, when they want it.  Orlando has become a big player in TV production, Texas is big for commercial shoots and Georgia is on fire because of their aggressive film production incentives. Of course, Los Angeles is big for features and commercial work, as is Detroit with cars and trucks.”

To facilitate the expansion, there are now specially modified Porsche Turbo Cayenne S camera cars in every market, along with continually upgraded flight heads, Russian Arms and the telescoping U-Crane, which Urso describes as the most versatile camera car arm in the world.  The company has also introduced new electric camera car, or EVU, for “We have the most comprehensive and diverse collection of Arms and Heads ever offered,” Urso claimed. “Plus our team of veteran professionals is cross-trained on all the equipment.”

Last year Filmotechnic USA moved into expanded 11,000 square foot headquarters and custom fabrication shop in L.A. The addition of physical locations around the country completes the expansion. “We’re strategically complete, and have really put a lot of time and capital showing our continued commitment to the entertainment industry,” said Urso. “It’s about giving customers dynamic shots with complete flexibility.” 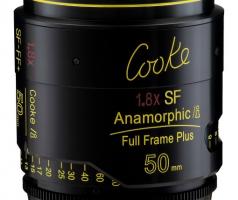 Cooke Optics will demonstrate its strength in the full frame arena at Cine Gear Expo 2019, with lenses from its S7/i and Anamorphic/i Full Frame Plus lens sets on Stand 67. The lens manufacturer... 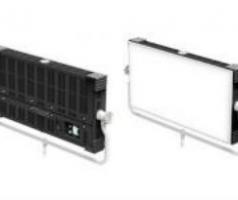 NBCUniversal LightBlade announced its newest LED product, the LB800, in partnership with Cineo Lighting. As with its other LightBlade fixtures--the LightBlade 1K, the Ladder Light, and 1, 2 &... 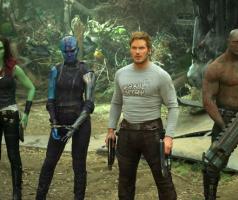 Developments on the camera front and insights from cinematographers relative to technology and the creative process were prevalent at the 22nd annual Cine Gear Expo at Paramount Pictures Studios... 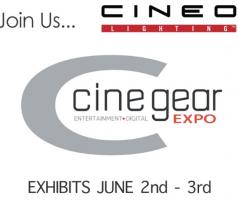 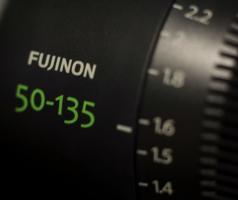 Wednesday, May. 24, 2017
FUJIFILM/FUJINON to showcase wares at Cine Gear Expo

The newly launched “MK” Series of cinema lenses from the Optical Devices Division of FUJIFILM, along with the UA Series of HDR zooms, will make their Cine Gear debut next month. Also showcased...