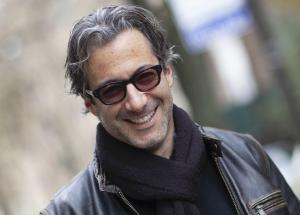 Director Lee Farber has landed his first spot/branded content representation, joining Wondros Commercials. Farber has already taken on his initial project at Wondros, helming his first career ads--work for Stand Up To Cancer which was in final postproduction at press time and slated to debut in March.

Farber has a track record of directing comedy for television (The Wayne Brady Show, The Soup) and feature films. He fits the directorial profile that Wondros EP Danielle Peretz has set for roster expansion. “Our focus is on strong storytelling and finding directors who can work across all genres and categories,” she said.

Farber related, “The most exciting arena for a comedy director is commercials. It’s ‘Get in, make ‘em laugh, get out.’ I’ve been writing and directing for TV and features for a long time, but I love the challenge of getting people to crack up in just 30 seconds. Jesse Dylan (director/company founder) and Danielle Peretz at Wondros share my desire to make commercials that are as funny as any TV show or movie, and they’ve created a division that is the perfect home to meet that challenge.”

Writer/director Farber hails from a rent-controlled apartment on the Upper East Side of New York City. After graduating from USC’s School of Cinematic Arts with a focus on directing, he spent years schlepping on commercial sets, carefully observing the directors of each spot, while writing comedy in his spare time. Eventually, Farber’s work caught the eye of legendary talent manager and producer Bernie Brillstein, who hired him to work for The Wayne Brady Show, a variety series on ABC. This led to writing and producing Brady’s daytime talk show, earning Farber an Emmy Award. Farber was then asked to join a revamped version of Talk Soup, simply called The Soup, for what was supposed to last six to eight weeks. It ended up lasting 11 years. During that time, as writer/co-executive producer, Farber helped steer the show to become a staple on the television landscape. He also directed many bits and segments that would gather millions of views on YouTube. Over the show’s run, Farber wrote and directed material for hundreds of guest stars, including two of his idols, The Muppets and The Kids in the Hall.

Farber’s first feature film The Lonely Italian, a comedy about online dating which he wrote and directed, premiered on Amazon Prime in 2018 and was awarded “Best Comedy Feature” at the San Diego International Film Festival. Shortly after that, Farber directed the filmed segments for The Joel McHale Show with Joel McHale on Netflix. Most recently, Farber directed This Giant Beast That is the Global Economy for EPs Will Ferrell and Adam McKay, starring Zach Galifianakis, Rashida Jones, Ted Danson, Ed O’Neill, Jason Sudeikis, Mary Steenburgen and Colin Hanks, which premiered in 2019 on Amazon.

EP Peretz is enthused over the prospect of introducing Farber to the commercial and advertising world. “First of all, comedy remains king,” said Peretz. “There is so much demand for a writer/director such as Lee, who is seasoned and super collaborative. He spent years creating bits on the fly for television and has been able to apply those rapid-response skills to this new arena seamlessly. He is also very adept at working with celebrity talent. Lee is just the perfect combination of skills that you want in a director today.”