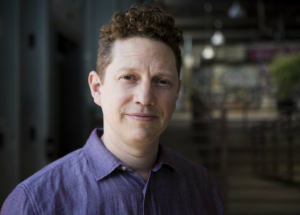 Director/DP James Mann has joined Contagious for exclusive spot and branded longform representation in the U.S. He has helmed award-winning branded documentary work for Whole Foods, McDonald’s, LL Bean and more. From broadcast spots for restaurant chains like Jersey Mike’s to digital series for automotive clients such as Infiniti and Hyundai, Mann has an affinity for combining documentary storytelling, high-end visual imagery and food. His six-part PBS TV series Broken Bread, currently streaming on Hulu, goes further, following celebrity chef Roy Choi on a social justice journey through the landscape of food.

“We get approached more and more often by creatives looking for partners like James who can tell stories over time and across many assets,” said Contagious executive producer Natalie Sakai. “The fact that James is a director/DP keeps us nimble as well, with a faster production turnaround that really plays into the requirements of today’s marketplace, from broadcast to digital campaigns.”

“I really enjoy helping brands express their soulfulness and connect with an audience in a meaningful way,” Mann acknowledged, stating that at Contagious, he is poised to move into the commercial space a little more vigorously. “I was really taken by Natalie’s approach to building directors and understanding the marketplace. When I saw the UPS work Contagious produced (directed by roster-mate Daniele Anastasion), I thought, ‘They get it.’ It made me want to be a part of the company.”

Mann, who previously was repped by Odd Machine, Chicago, and BRW, L.A., made his directorial debut with the feature Desert Son. His work then gained some critical recognition, including a Webby in 2012. The next year he earned inclusion into SHOOT’s New Directors Showcase for “Handmade Portrait: Chain Reaction,” an ETSY branded content piece. Then Mann’s foray into filmmaking for a friend’s fledgling food blog quickly got serious; before long, he was creating recipe films and other food content for a variety of bloggers, restaurants, app-based recipe startups, organic grocery stores and major global corporations. Mann won 2015 Telly Awards for projects with Whole Foods and McDonald’s, before joining forces with the cross-platform food and travel network Tastemade, where his documentary sensibilities and passion for food eventfully collided and resulted in a storm of branded content and original series, including the 2016 Telly and Addy Award-winning Grill Iron for Hyundai, the 2017 James Beard Foundation Award-winning Uncharted for LL Bean and this year’s Broken Bread.

“After Broken Bread--which ended up really impacting the lives of the people who were featured and also those who watched it--it was important to me to find ways to continue making work that has the power to transform lives in some way,” Mann reflected. “If I can touch people’s hearts or get them to think a little differently or care a little more, that’s a successful project to me now.” 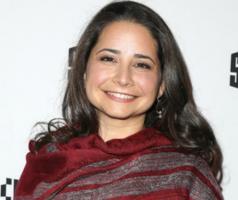 Director Tamara Rosenfeld has joined Contagious for exclusive spot and branded longform representation in the U.S. This is the first commercial roost for Rosenfeld, whose branded work includes... 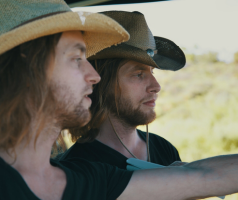