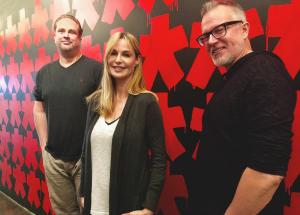 Since 2004, Schwarzberg has been a freelance creative artistic director at Francis Ford Coppola Presents, the umbrella for all of Francis Ford Coppola’s business ventures including design, product innovation, wineries, resorts, cafes, posters and printing for his films and projects.

Koelfgen joins D&G to oversee creative on Kia Motors. He spent the last three years at Ogilvy (NY) as ECD/copywriter on IBM, Comcast and Ford. While there, he wrote the most viewed IBM commercial ever (for the Academy Awards) starring Carrie Fisher. He also wrote Ford’s “Unstuck” commercial that was ranked #9 by USA Today’s Super Bowl Ad Meter.

Before that, Koelfgen spent 11 years at mcgarrybowen (NY) where he eventually rose to chief creative officer of the New York office. During this time, Koelfgen grew the office from 70 people to over 700. He helped pitch and win blue chip accounts including Verizon, Burger King and Maserati. Throughout his career, Koelfgen has received industry accolades from Cannes, Communication Arts, Archive, New York Festivals, Clio, Addy and Effie.

As GCD, Tiemann is responsible for helping create breakthrough work that sets Kia apart from the competition. Prior to joining D&G, Tiemann was GCD at Grey (NY + LA), where she led creative on key clients including DreamWorks, Disney and Hasbro Brands. Before that, she spent four years at mcgarrybowen (NY) as GCD and oversaw creative on Maserati and Verizon. Throughout her career, she’s worked at a number of prestigious agencies--including Crispin Porter+Bogusky, Innocean Worldwide, McCann SF, Y&R LA and Dentsu--across a number of well-known brands like Land Rover, Jaguar, Hyundai, Infinity, Sony, Xbox, Microsoft, Reebok and JPMorgan Chase. She’s been the recipient of numerous awards including The One Show, Cannes, Communication Arts, Archive, Clio, Addy and Effie.

“With the launch of the new Stinger and having won the IQS award over brands like Porsche and BMW, we’ve been given the opportunity to rebrand Kia like never before. So we wanted to make sure we were staffed in a way that brought strong senior leadership to every area of the business that will continue to move it forward; as well, re-introduce the world to Kia that comes from a place of strength and confidence,” said Pearce. “A big part of communicating such strong emotions comes from the look and feel of a campaign. So we hired the incredibly talented designer and leader Marc Schwarzberg as our first ever head of art, in order to ensure the work has a sense of optimism, power and beauty that makes you feel something. And we’re equally thrilled to round out the Kia team with the outstanding talents of ECD Mark Koelfgen and GCD Frauke Tiemann.” 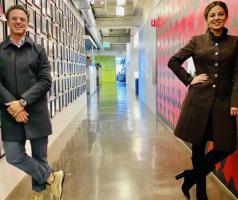 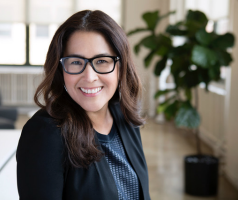 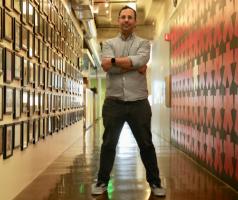 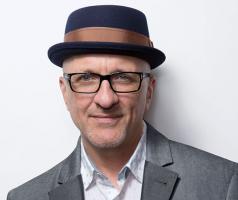 David Angelo, founder/chairman of agency David&Goliath, is accustomed to successfully working with the production, post and music communities. But he brought a new dimension to that...