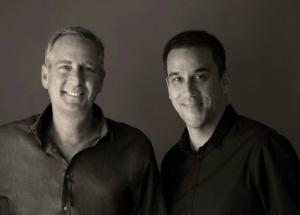 Food and lifestyle director Brett Froomer has launched French Butter Films. The new venture opens with offices in L.A. and Chicago, the acumen of veteran ad agency EP Ivo Knezevic, and an expertise in food, beverage and restaurant brands.

French Butter initially has Froomer as its sole director, but both he and Knezevic said the company plans to add to its roster. The pair have been working together since the start of the year, producing work under the Froomer Pictures banner.

Knezevic is best known for his 17-year tenure at the Chicago office of FCB. A Wisconsin native, he’s also worked at Leo Burnett and has extensive experience with food and restaurant accounts, most notably KFC and McDonald’s. During his agency years he’s shot with just about every tabletop director in the business.

The launch of French Butter Films represents a coming together of Froomer’s lifelong passions for image making, storytelling and food. Born and raised in Los Angeles, he got his start as a photographer, shooting a range of advertising and editorial projects that focused on travel, leisure and lifestyle content. Coaxed into the film business by executive producer Frank Stiefel, he was on the Stiefel Films roster when that company was absorbed by Radical Media.

From there he built a reel as a lifestyle director and DP, but the lure of shooting food was never far away. He grew up in a food-centered household, acting as junior sous chef for his mom, who herself had cooked alongside some of the most lauded chefs of the ‘80s and ‘90s.

Since transitioning into the tabletop genre he’s directed spots for such brands as Taco Bell, Arby’s, Post Cereals and Walmart, along with work recently for Buffalo Wild Wings and HOME CHEF.

“Everything I’ve learned in my career, coming from photography to working as a director and cinematographer, I’m applying to the culinary arts,” said Froomer of the French Butter Films ethos. “All of what we’re doing here comes from having a fresh perspective on food.

“We’re going to be capturing a sense of what I call ‘cravability’ in our work,” he continued. “What you’ll see is more than just hyper-stylized ‘pretty’ food. This is food that’ll look real, authentic and accessible. I want people to see why the dish they’re looking at calls to them, what makes them crave it. That’s what interests me.”

For Froomer, what drew him to capturing people on film is what he finds appealing about the tabletop genre. “Food to me is a journey, and I’ve been all around the world,” he related. “It’s like music is to others; I define myself through food, and it’s a natural extension of what I do when working with people.”

Froomer described Knezevic as “a great complement to what I do. He has deep roots in the ad community, and thorough knowledge of the food industry from his years on the agency side. He brings an important perspective to our work.”

As for the company moniker, Froomer shared, “Real French butter, served in a small dish with a wax cover that bears the name of the dairy where it came from, is always rich, complex in flavor and premium. It’s a big step up from just plain old bread and butter. I want people who see our branding to know that we’re deliciously good at what we do.”

French Butter Films is represented by Mr. Bartlett in the East, Juliusson/Ratcliffe in the Midwest and Julie Hoagee in the West.