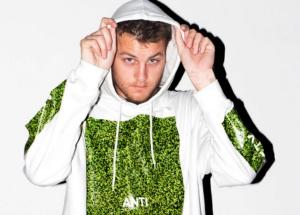 Drew Kirsch, a 2019 MTV VMA-winning director, has joined Tomorrow for commercials and branded content in the U.S. This marks his first production company roost for representation in the American ad market. He is repped for commercials in Germany by Bears Calling and in France by Superette. His production home for music videos is Happy Place.

Kirsch was born in San Diego, raised in Reno, and now lives in Venice Beach. A self-taught artist, he has established himself as a sought after music video director, designer, and photographer.

Kirsch’s effervescent, retro-inspired aesthetic can be seen across a body of work that includes music videos for artists including Taylor Swift, John Legend, Gryffin and Quinn XCII. This year Swift enlisted Kirsch to collaborate on two videos, "Lover" and "You Need To Calm Down." The latter went on to win the prestigious Video of the Year at the MTV Music Video Awards. Kirsch’s branded credits include work for M&M’s and Diff Eyewear. For the latter he directed two videos featuring Khloe Kardashian and JoJo Fletcher. And Kirsch helmed a longform M&M’s piece featuring Arielle Vandenberg.

“Drew’s undeniable creativity and his signature visual style force you to stop and watch in a sea of sameness,” said Chris Zander, Tomorrow co-founder and managing director. “His imagination melds vibrant colors and light seamlessly to an intoxicating effect, and his work overflows with positivity and fun.”

Kirsch added, “I’m a curious person who is always seeking out new creative territory, so I couldn’t be more excited to translate my music video style to the commercial world. I hope to put a smile on people’s faces when they see my work. I intend to never stop growing and I can’t think of a better team to grow with than Tomorrow. It’s perfectly symbiotic.”

Based in L.A. and Brooklyn, Tomorrow is the brainchild of industry vet Zander and independent filmmaker Andrew Wonder.