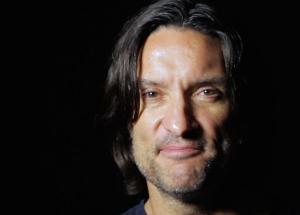 Director Greg Popp has joined the roster of Backyard, bringing a body of work which spans such brands as Head and Shoulders, Burger King and Anheuser Busch. His most recent efforts include fare for Atlantic Union Bank, again tapping into his rich vein of ad humor.

Popp and Backyard CMO Roy Skillicorn have had a working relationship and strong friendship for more than 25 years, having first worked together when Popp began at DDB.  Popp went on to become SVP/executive producer at DDB Chicago before embarking on a successful directorial career in 2005. That year he earned a slot in SHOOT’s New Directors Showcase, breaking in on the production house side with Supply & Demand. He had most recently been with Superlounge prior to coming aboard Backyard.

Skillicorn, who rejoined Backyard last year under its new ownership with a mandate to expand the roster, had Popp in mind from the start. Skillicorn described the breadth of the director’s work as “bridging many established boundaries of comedy: from subtle to broad, from simple visual gags to complex clever dialogue, often involving celebrities or top sports personalities. Greg gets performances that are so well crafted that they simply demand a response from the viewer--whether it’s a hearty laugh, a smile or just a thought provoking grin.” “

Backyard EP Kris Mathur added, “To describe Greg as just a comedy director is limiting.  Greg is a true comedic storyteller, incredibly intuitive and hardworking. He enjoys directing big productions like we do, but he is also more than willing to consider and offer up solutions for projects that are creatively interesting, yet financially challenging. Greg’s agency background helps him create a highly collaborative environment on set, which is evidenced by a high volume of repeat business.”

Backyard has a lengthy track record of establishing and elevating numerous comedy directors, which is in part what drew Popp to the shop.  “Backyard has been a go-to production entity for humor work since Roy founded it,” noted Popp.  “I have always admired their culture, familial atmosphere, business acumen, aggressive sales and marketing, and insistence on high-quality production.”