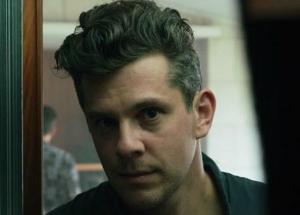 Sweetshop has signed director Jakob Marky for representation globally, excluding most of Europe where he is handled by Scandinavian shop Bacon (the U.K. is covered by Sweetshop).

Born in Gothenburg, the half-Swedish, half-Hungarian director went all the way to Australia to earn his stripes in the film industry. After scoring in Scandinavia with films for TRYG, Nordea and IKEA, Marky won the Ingmar Bergman Award for Best screenplay for his film Fuga. The prize allowed him to spend time writing in the den of director Lars von Trier.

Marky’s Facebook campaign for Skittles’ “Super Mega Rainbow Updater”--which won a Silver and a Bronze Lion at Cannes in 2011--involved a call center which read out peoples’ status updates. His interactive campaign, “Volkswagen: Golf Auditions,” won Silver at the Epica awards and was also shortlisted at the Eurobest awards. He is currently developing scripts for two shorts, Motherland and The Lions Dens.

Wilf Sweetland, CEO/partner of Sweetshop, said of Marky, “Not only is his reel amazing, but he has a gloriously versatile and creative brain. Whether it’s a commercial or a short, he knows how to deliver. His sensibilities fit so well with Sweetshop’s own and I know these will translate strongly for the agencies and brands we work with on a global level.”

Marky said of the Sweetshop ensemble, “They’re a collaborative and supportive team that has embraced my passion and personal directing style. They also work at such a high-level in so many different regions. I’m excited about the all possibilities and stories we’ll tell.”