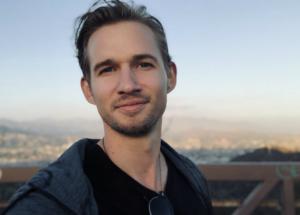 Durable Goods has signed director Keegan Wilcox for commercial representation in the U.S. He brings to the Venice-based production house a decade of experience as a director, editor and DP with a body of work spanning multiple styles and genres. His background as an editor enables him to approach projects with a big picture POV. Wilcox’s directorial efforts include auto brands such as BMW, Jeep, Toyota, Kia, Mercedes-Benz, Hyundai and Ford (2018 Super Bowl spot). He made a major initial splash back in 2010 with his powerful and heartbreaking short, Porcelain Unicorn, which earned the Grand Prize at DDB London’s “Tell It Your Way” competition for Philips’ “Parallel Lines” campaign. Porcelain Unicorn also earned a Cannes Lion. Outside of branded work, Wilcox has directed music videos and short films and is currently in casting for an upcoming independent feature film.

Wilcox was drawn to filmmaking from an early age. He grew up in suburban Arizona and began creating experimental films with any camera he could get his hands on. He got his start in production as a PA, learning the ropes of set life before eventually making his way to Los Angeles to start his career as a director. Early on, he developed an appreciation for the stylized presentation of cars and began refining his style in the genre, taking on an approach that infuses a nuanced exploration of human connection. Throughout his experience as a director, he has collaborated with top agencies including 72andSunny, Leo Burnett, TBWA\Chiat\Day, KBS and INNOCEAN. Frequently editing his own work, Wilcox brings a collaborative vision to every project he works on, fine-tuning his narrative through to final delivery. Prior to Durable Goods, Wilcox was handled by Cortez Brothers in L.A.

“Keegan has a unique talent for digging into the ethos and culture of a brand, telling stories with brand values in mind, in his work across all genres,” noted Durable Goods EP Rebecca Wray. “His ability to bring a lifestyle approach to auto marketing is a testament to his storytelling prowess.”

Wilcox added, “Durable Goods exercises a great deal of strategy in how they provide creative solutions to clients and agencies. They have the expertise to produce a diversified slate of content, spanning traditional to experiential, and I’m excited to be a part of their continued growth and bring my style and approach to their diverse roster.”