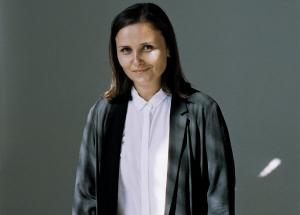 Originally from Moscow, Lena (whose last name is pronounced SOH-DEE-COV-SKY-YA) already has amassed a list of international spot directing credits, working with brands like McDonald’s, Coca-Cola, Adidas, L’Oreal, and agencies BBDO, DDB, McCann Erickson and TBWA, among many others. In the Russian market, her commercial for Rostelekom, entitled “Phone,” won Best Directorial Debut at the 25th Frame Advertising Festival. CLA is the first stateside roost for Lena, who is represented in Europe by Suprette.

Lena’s commercialmaking is complemented by a host of longform projects. Sometimes, the two intersect. Such was the case with her webseries, “Life’s Complicated,” for Raiffeisen Bank. The series premiered to over 7 million views on YouTube Russia in its first three days of release and remained in the Top 10 most popular videos for the following week. The connective tissue in Lena’s work is a blend of visual panache, empathy and a touch of the absurd. A perfect example is Rostelekom’s aforementioned “Phone,” a tender, humorous story in which the two main characters are a boy and the landline he outgrows during his lifetime.

“When I saw Lena’s work, I was in the middle of preparing for a long trip to Asia, and dropped everything to meet her right before I left,” said CLA co-founder/executive producer Natalie Sakai. “Her work is visceral and unexpected, sucks you in and doesn’t let go. It’s addictive to watch, and a touch reminiscent of the ‘80s which I love.”

Lena shared, “I love anything with great characters, and the chance to give common situations a unique spin.” Raiffeisen Bank’s “Cinderella’s Shoe” for Raiffeisen Bank, created via MullenLowe, is another highlight, offering an edgy, stylized approach to the classic fable. “I was restrained at first, because this is for a bank, but they wanted me to push it, and we were all thrilled with the finished spot.” Lena appreciates the creative freedom many clients and agencies provide, but noted, “I’m a team player, first and foremost--I’m respectful of their vision and hope to bring something to the process that helps fulfill that.”

After graduating from Columbia University in 2016 with her short, “Mother’s Day,” nominated for an HBO Production Grant, Lena made her U.S. debut in advertising, which garnered the ASCAP Best Collaboration with Musicians Award.

As a writer/director, Lena has a new short film shooting in September--a comedy about two high school girls desperately looking for a fight--and a second, dramatic film that is moody and visual. Her writing partner is scripting the director’s feature debut, all part of a Pandora’s Box of endless plans. “I never sit around. I always want to do more and show more,” Lena explained. Regarding CLA, she concluded, “I’m so excited for our first project together, whatever it may be.”