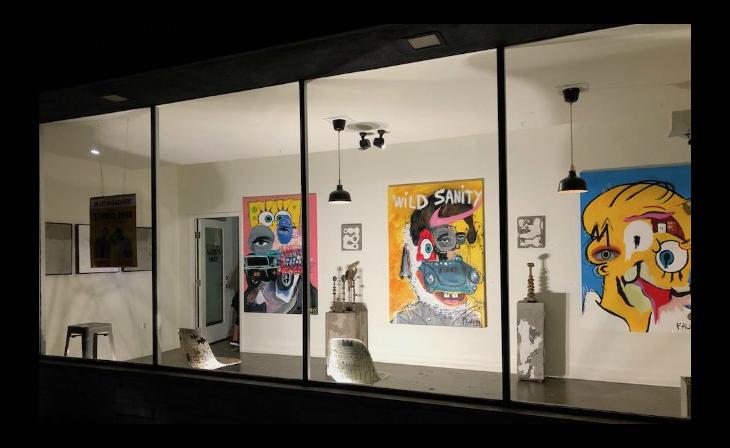 An art gallery display at 8558 Studios, launched by Realm Films and Rebellion VFX. 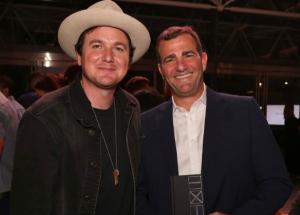 Valdez said that Realm is looking to form lasting relationships with brands, spanning numerous pieces of content rather than just their latest commercial project. “Norm and I want to do something different with Realm, to partner with clients on their brands and collaborate very closely with them to promote them over time,” said Valdez who’s traveled all over the globe, working with brands and celebrities across a wide range of products and categories including Bud Light, Corona, KFC, EGO/Skil, Chuck-E-Cheese’s and Five Below. Valdez also directs promos exclusively through the Black Label Content studio where he has helmed content for American Idol, The Oscars, Dancing with the Stars, American Music Awards, The ESPYs, and most recently Live in Front of a Studio Audience and Jeopardy.

Realm partner/executive producer Reiss has been producing movies, commercials, promos, and music videos for the past 25 years, teaming with top directors in the entertainment business and ad agencies worldwide. Now at Realm, Valdez and Reiss are currently in the midst of several commercial projects for Ego, Skil and several other assignments.

The partnership with Rebellion VFX & Post, not only on projects, but in their new space in Culver City is essential to Realm’s new model and way of working. “I started collaborating with Shane on projects several years ago,” said Rebellion founder Maymudes, “and we hit it off immediately. If they were shooting something and needed visual effects and post, we were able to step in. And if we needed production on a project, they were the perfect partners. We are able to package projects for clients and provide whatever is needed at any given time.” Rebellion VFX created visual effects for the feature film Terminator: Dark Fate, and is in the midst of the new Dune film due out in 2020.

The new Studio 8558 space features production and post areas for Realm and Rebellion VFX, respectively, along with a gallery space, where they will be showcasing and rotating new and up-and-coming fine artists quarterly. “This is our way of giving back to the community,” said Valdez. “Culver City has such deep roots in the arts, both fine art and film. We are beyond thrilled to bring these two worlds of art and film lovers together in one place, joined by our incredible passions for both.”

Valdez began his industry career collaborating closely with director Jesse Dylan at creative agency and production company Wondros. He was mentored there by Anne-Marie Mackay, former CCO for Wondros, starting what is an ongoing collaborative relationship. “I first met Shane as a favor to a young colleague I liked and trusted,” she said. “It was to be a brief meet-and-greet and I was certainly not looking to sign another director at that time. Shane proved to be that breath of fresh air that he still is to this day. He was positive, enthusiastic, inspired and inspiring. Based on that first impression, I urged him to come by the office and hang out whenever he liked. I wanted to get to know him better -- he was infectious.”

Over time Valdez and Reiss have developed a working relationship that agency producer Ken Kwiatt described as “a uniquely effective balance of creative inventiveness and executional effectiveness.” Joe Turoff, chief marketing officer at Chervon, collaborated with Valdez and Reiss on a series of projects this year and is planning for more in 2020. “They are the perfect yin and yang,” said Turoff of the Realm duo. “They make the best team on any production. Shane is just amazing to work with, and incredibly flexible, always offering different ideas and solutions. They produce extremely high-quality results, and they work with you on every detail to make each project the best that it can be.”

Matt Reinhard, creative founder of O’Keefe Reinhard & Paul in Chicago, added, “Shane is blessed with optimistically positive energy and a can-do spirit, both of which are critical when, as a new agency, we’re expected to over-deliver. More importantly, Shane creates an environment where anything is possible. If you can think it, he can make it happen.”

Realm Films is represented by EP Reiss on the West Coast, by Lori Benson on the East Coast, and in the Midwest by Laurel Dobose of Gypsy.