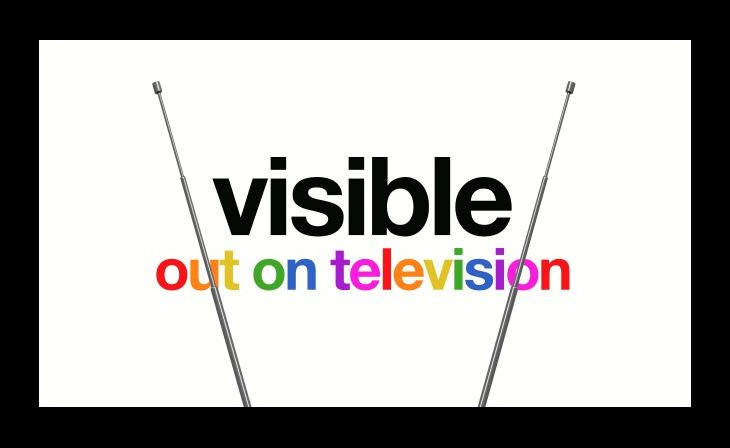 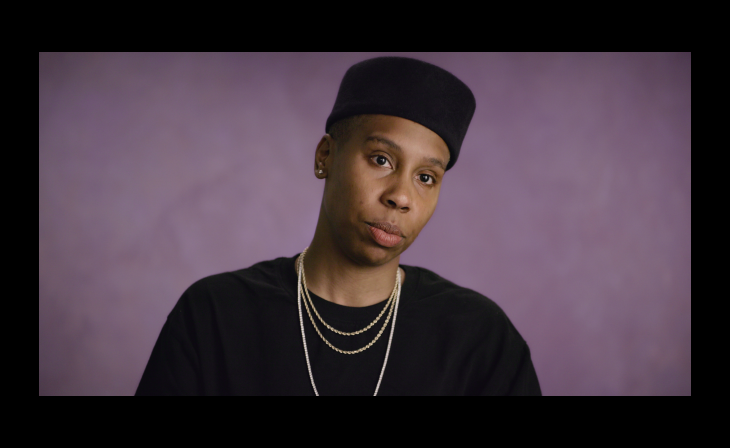 Lena Waithe in Apple’s “Visible: Out on Television,” now streaming on Apple TV+. 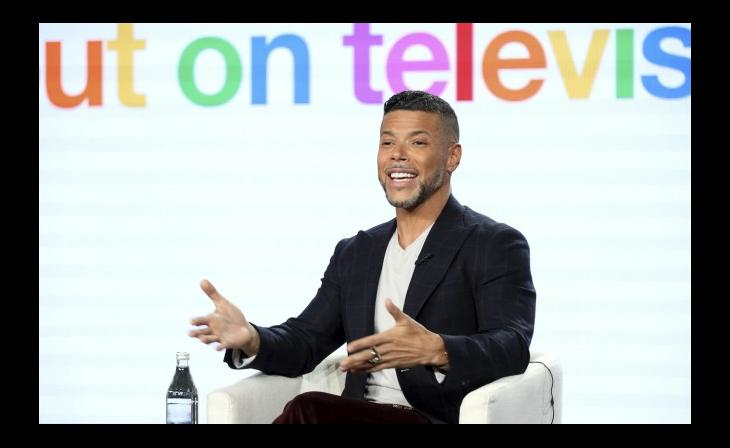 Wilson Cruz speaks at the "Visible: Out on Television" panel during the Apple TV+ TCA 2020 Winter Press Tour at the Longhorn Huntington on Sunday, Jan. 19, in Pasadena Calif. (Photo by Willy Sanjuan/Invision/AP) 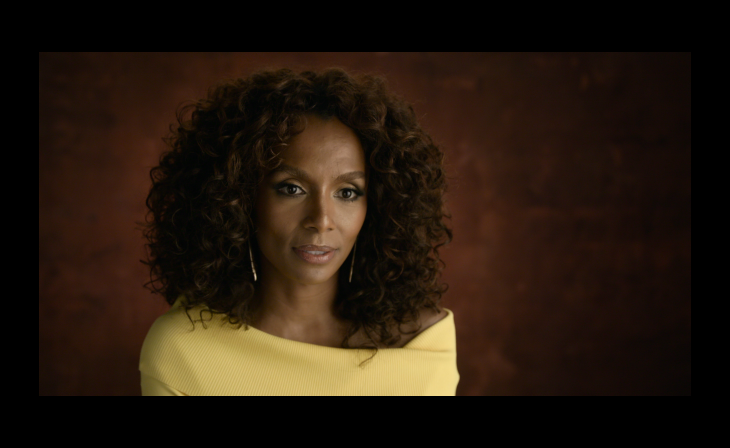 Janet Mock in Apple’s “Visible: Out on Television,” now streaming on Apple TV+. 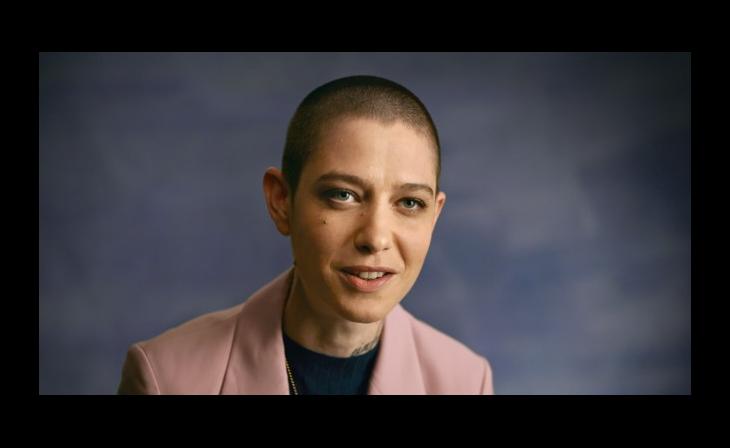 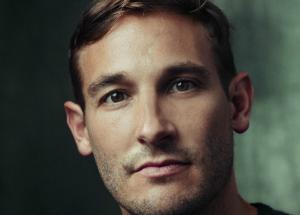 Ryan White
Two-time Emmy nominee discusses challenges, backstory of the documentary series as well as the impact of the streaming marketplace on storytelling

Director/executive producer Ryan White is a two-time Emmy nominee--in 2015 for Outstanding Documentary or Nonfiction Special on the strength of The Case Against 8 (HBO), and two years later in the Documentary or Nonfiction Series category for The Keepers (Netflix). Fast forward to today and he is again on a show which could prove to be in the Emmy conversation--Visible: Out on Television, a five-part documentary series that debuted earlier this month on Apple TV+.

The first such docu fare on the Apple streaming service, Visible: Out on Television centers on the evolution of LGBTQ depictions on television, chronicling a span of some 80 years from the dark ages to progressive inroads as well as backsliding along the way.

A seasoned documentary filmmaker--as evidenced by the Emmy noms as well as such credits over the years as Serena, Ask Dr. Ruth, Pelada, Good Ol’ Freda, and The Assassins (which premiered at this year’s Sundance Film Festival)--White still felt he was in uncharted territory fraught with unique challenges when taking on Visible: Out on Television. First there was the inherently daunting challenge of trying to squeeze 80 years of TV history into a five-episode series--a proposition he hadn’t encountered before as a producer. “You let some people down inevitably,” he observed, noting that on Twitter he’s read tweets in which some viewers expressed disappointment that particular TV shows or characters weren’t covered in Visible. “This could have been a 20-episode series,” said White, given the volume of material and shows that couldn’t be acknowledged given the time constraints.

Also challenging for White, this time on the directorial side, were the assorted interviews he conducted, many with celebrities who made historic contributions toward giving voice to LGBTQ characters and thus the overall community. “Most of my films are about non-famous people,” White explained. I did do Serena (a documentary about tennis star Serena Williams) and Ask Dr. Ruth (sex expert Dr. Ruth Westheimer) but I was inside their lives for over a year so we became friends.” He didn’t have that luxury of being able to develop a deep rapport with the celebs he talked to for Visible. “I had an hour to try to take them to an emotional place,” said White who additionally had to resist feeling intimidated and starstruck when interviewing so many whom he admired.

Still, though, White was surprised how giving many of the interviewees were, how much his experience on the series “humanized these people for me--Ellen DeGeneres for instance. I was nervous about interviewing her. She told her story so many times. To sit five feet across from her and see how raw it was to still talk about it was very surprising and moving.” DeGeneres of course came out as gay along with her sitcom character in Ellen, a turning point in the TV landscape back in 1997.

Helping White to meet the challenges of Visible was his longstanding relationship with fellow EP Hargrave, a friend since childhood. They have been professional collaborators on a growing body of work, including The Case Against 8 and The Keepers, and in recent years the juggling of three projects at the same time--Visible, Ask Dr. Ruth and Assassins. White said that he and Hargrave have an “unspoken language” in that they know each other so well, instinctively sensing what each is doing, what needs to be done, coordinating their efforts and marshaling their talents and those of others to great effect.

“Labor of love”
White shared that Visible was “a labor of love” that preceded his becoming involved by a number of years. Producer David Bender had been pounding the pavement for more than a decade, partnering with Cruz seven years ago to try to get the series off the ground. “They had done a lot of research and interviews but hadn’t found a home,” related White. Before Apple TV+ existed, they had meetings with the folks at Apple who expressed interest and sought a documentary filmmaker to help shape the narrative. That’s when White entered the picture two years ago, inheriting a raft of interviews and then doing some 70 more on his own. Apple was willing to commit to the project as a five-episode series, prompting White to build a team of editors and archivists to go over decades of historic TV footage.

Relative to lessons learned from his Visible experience, White shared that in telling a story that’s evolved over 80 years you see that “history can move backwards.” He noted that all the progress made in LGBTQ representation was “virtually torn down by the AIDS epidemic.” It took time for inclusiveness and diversity to regain a measure of traction. “I don’t think Visible is a completely positive portrayal of television nor a negative portrayal,” said White who instead sees the documentary series as a measurement and affirmation of the TV medium’s power.

And when storytelling depicts people of different orientations, ethnicities and backgrounds, it can help to create empathy for a wider range of society. As a medium, television has helped to shape the American conscience. Conversely, the LGBTQ movement has helped to shape TV.

Visible certainly chronicles that LGBTQ representation on TV has gone from invisibility to depictions across more worthwhile content in today’s marketplace, though there’s still much room for improvement.

Spurring on improvement, observed White, are the streaming platforms themselves such as Netflix, Hulu and Apple TV+. Visible marks White’s third show for a streaming platform--the other two being Keepers on Netflix and Ask Dr. Ruth on Hulu. He said that the genesis of streaming platforms has been a huge boon for documentary filmmakers. Just as scripted TV shows such as Transparent and Orange Is the New Black found streaming homes during a time when they wouldn’t have seen the light of day on mainstream primetime network TV, so too are there more opportunities for nonfiction projects. And these streaming platforms can help that content reach a worldwide audience. Through streaming, he said, we are seeing that “audiences are willing to watch documentaries and especially documentary series....The big joke in my world was that documentaries were the broccoli of filmmaking--good for you but you didn’t want it. That is changing now.” White assessed that documentary fare has increased in volume and viewership appeal with the realization that this filmmaking discipline can be just as entertaining and exciting as scripted narrative. Society in general, he related, has found a deep value in and developed a healthy appetite for nonfiction storytelling.