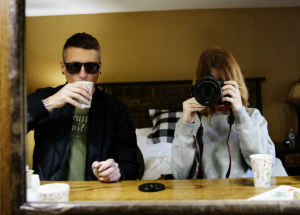 Chris (l) and Kristen Barker, aka The Barkers

Design-driven production company Sarofsky has added the husband-and-wife directing team The Barkers to its lineup. Comprised of Chris and Kristen Barker, The Barkers become the first directors on the Sarofsky roster other than company principal and executive creative director Erin Sarofsky.

Paving the way for The Barkers now joining the Sarofsky shop was a project the duo directed for State Farm out of DDB Chicago. The production company was engaged for editorial, graphics, visual effects and finishing. Sarofsky said of the experience, “State Farm is a perfect example of The Barkers’ ability to build off of a simple idea and come up with a production paradigm to capture everything in a way that makes the postproduction process manageable. In this case, the agency had an idea for doing a series of Instagram stories, and with The Barkers on board early to help conceptualize the piece, it turned out to be a smashing success.”

Kristen Barker noted, “After shooting the State Farm piece, we all just knew we wanted to continue working together.” The Barkers had last been represented by production house STORY and over the past year had been contemplating where their new home would be.

Key in drawing The Barkers to their new roost was Erin Sarofsky. Kristen Barker said of her, “She has so much experience and has really created something amazing here in Chicago. It’s important to see women in roles of creative leadership. We’re a female owned and operated business as well, and it’s inspiring to have such a talented team supporting our productions.”

Part of that team is EP Steven Anderson whom Chris Barker cited as also being a major reason why The Barkers decided to join the studio. 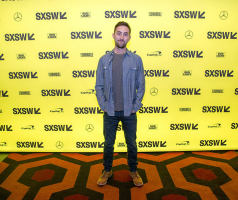 Based in Santa Monica,... 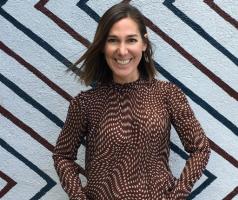 Editorial and postproduction company Final Cut has appointed Denise Blate Roederer of RHODA to represent its international roster of editors for... 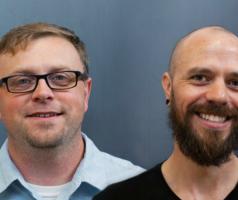 Boston-based production and post house ELEMENT has added Kim Lowe to its directorial roster. Her credits span such clients as Roominate, MegaBloks, b. toys,...