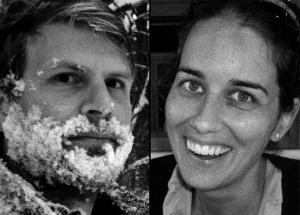 Tessa Films, a production company founded late last year by partners and EPs Lisa Masseur and Reid Brody, has added filmmakers Toben Seymour and Meghann Artes to its roster. Seymour has shot work with Masseur via ONE at Optimus and, before that, at Radar Studios. For Artes, this is her first representation agreement with a production company in the U.S., having been repped by You Are Here in the U.K. for the last few years.”

Seymour is known for incorporating puppets into his live action work, all of which he designs and builds himself through his own studio. He’s shot a branded content piece for Mercedes-Benz, and worked on music videos for such artists as Norah Jones, will.i.am, Moby and Aesop Rock (his video for the latter, “Kirby,” is an example of puppetry meeting cat videos at its finest). His most recent commercial project is a campaign for Eyeglass World that stars a puppet whose head is a globe wearing a pair of specs.

Artes is a Chicago-based director whose live action, stop-motion shorts, “Speed Dating” and “Sleepy Steve,” were both Vimeo Staff Picks. One of the only stop-motion directors listed on the Free The Bid website, her work utilizes everything from handmade elements to ultra-modern techniques, including carefully crafted miniatures and an approach to pixilation with comedic actors that achieves uncanny results.

Her films have played at festivals around the world and been honored not only by Vimeo but also by Short of the Week. She’s worked with CTW’s “Sesame Street” – for which she was awarded an Emmy and a Peabody Award – as well as DreamWorks, Nickelodeon, Bix Pix, Warner Bros., NBC and ABC.

“First and foremost, we’re a production company for artists of all kinds,” said Masseur. “In Toben’s case, he’s got a very distinctive creative vision, and is a wizard when it comes to achieving in-camera effects. And Meghann is an original storyteller who’s found innovative new ways to use the stop-motion technique. Both are wonderful creative resources for agencies and clients, and Reid and I are looking forward to helping them build new relationships across the advertising and branded content spectrum.”

Based in L.A., Seymour has worked with Masseur for many years and says they have a great relationship. “She understands my work, and has always brought me great creative opportunities,” he notes. “I love the other directors on the Tessa roster, and feel the company is a good match for the kind of films I like to make.”

Seymour’s affinity for working with puppets started early, he related. “I grew up on shows like ‘Sesame Street,’ and always loved puppets. To me, they’re a form of animation in live action. I’ve always enjoyed creating characters, making them come to life and giving them stories, and that’s what puppetry is.”

His goal in signing with Tessa, he adds, is to become better known in the advertising world, with good reason: “I’ve worked with brands, and enjoyed a lot of creative freedom in the process,” he said. “I’ve got a lot of ideas I think would work well in the ad genre, and I enjoy collaborating with creatives early in the process. And Lisa has some great insights on new ways for us to work with agencies to create really interesting content.”

Artes’ advertising work so far has included fun stop-motion pieces for Discover Card and NBC Chicago. The Discover Card spot uses stray socks that meet cute in the clothes dryer to promote its Cashback Match program. She signed with Tessa largely on the strength of Masseur’s vision for the company. “Tessa is all about the power of creativity, and I really relate to that idea,” she said. As for her attraction to working on advertising assignments, “it gives you an opportunity to create something that can become synonymous with a brand, and I love that idea,” she comments. “Think about what the Most Interesting Man in the World meant for Dos Equis. That’s the kind of resonance I’d like to help create.” 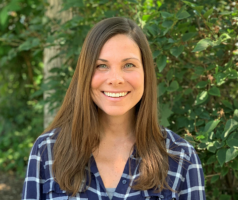 Tessa Films has named Sydney Thomson, an experienced freelance producer and production supervisor who’s a fixture in the Chicago production community, to the newly created position of head of... 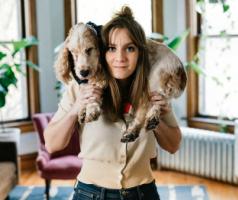 Tessa Films has added director Amanda Speva to its directorial roster. She had formerly been with ONE at Optimus where back in 2013 she was included in SHOOT’s New Directors Showcase (as... 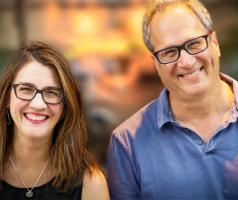 Veteran executive producers Lisa Masseur and Reid Brody have partnered to launch Tessa Films, a production company with bases of operation in Chicago and Los Angeles.