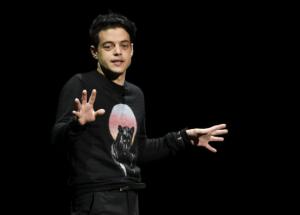 Rami Malek, who plays the late Queen singer Freddy Mercury in the upcoming film "Bohemian Rhapsody," discusses the film during the 20th Century Fox presentation at CinemaCon 2018, the official convention of the National Association of Theatre Owners, at Caesars Palace on Thursday, April 26, 2018, in Las Vegas. (Photo by Chris Pizzello/Invision/AP)

20th Century Fox chairman and CEO Stacey Snider addressed Disney's deal to purchase most of Fox and also gave a first look at the highly anticipated Freddie Mercury biopic "Bohemian Rhapsody" in a wide-ranging and emotional presentation to theater owners and exhibitors Thursday at the CinemaCon convention in Las Vegas.

Rami Malek's transformation into the Queen front-man certainly ended the session on a high note, as attendees got a glimpse of the band's epic journey from outcasts to superstars.

But it was Fox's fate beyond their current slate, which includes this summer's "Deadpool" sequel and Oscar-winner Steve McQueen's follow-up to "12 Years a Slave," ''Widows," which comes out in November, that overshadowed the more immediate future.

"Today, we face a new transition, a potential merger that will have lasting implications for the movie business. I have no more insight into this transaction than you but I'm holding onto the very basics," Snider said. "Going forward let's stay dedicated to the future of cinema."

Disney in December struck a deal to buy a large part of Fox for about $52.4 billion including its movie and television studios, and the unclear specifics and timeline have loomed large for many in the entertainment industry, throwing into question whether Fox, which has become known at the conference for its show-stopping and self-aware theatrics — like always having its distribution chief Chris Aronson perform some bit in costume — would even have its own CinemaCon presentations after this year.

The last major studio to make an appeal to theater owners as the week-long conference comes to an end Thursday night, Fox rolled out an emotional montage featuring highlights from its 85 years of making movies, from "Star Wars" to "Titanic." Aronson played his part, wearing Hugh Jackman's P.T. Barnum costume from "The Greatest Showman" in a bit about how he spent the night drinking with Deadpool and Wolverine.

"The Greatest Showman" has become a consistent refrain throughout the week. It became a slow-burning hit for the studio that is still building and upending some long-held beliefs about the importance of opening weekends.

Released in late December, the film opened to a deathly $8.8 million, but has since grown to over $427 million in worldwide grosses to become the biggest live-action musical of all time.

The studio showed footage from the James Cameron and Jon Landau-produced and Robert Rodriguez-directed "Alita: Battle Angel," a motion-capture and live-action hybrid out this December starring Rosa Salazar.

But it was "Bohemian Rhapsody" that caused the biggest stir. The project is 10 years in the making and has not been without its high-profile ups and downs, including Sacha Baron Cohen's departure from the film and then director Bryan Singer's abrupt firing in the middle of production in December. Dexter Fletcher was brought in to replace him and finish the film.

Fletcher did not appear in Las Vegas to promote the film, instead leaving the task to producer Graham King and star Malek.

"One of the biggest reasons it took so long is I knew in my heart... that if we get it right, it would truly be something special," King said, adding that he is humbled to be part of Queen's legacy.

Malek, best known for starring in the television series "Mr. Robot," said when he got the role, he fluctuated between thinking it could be a career-defining or career-killing performance.

"He is without a doubt the greatest performer that has ever existed," Malek said of Mercury. "There is no one like this human being."

The film, he said, explores Mercury's background that will add a level of pain and beauty to the music that so many know so well. It hits theaters Nov. 2.

And he's already gotten some pretty significant praise from someone uniquely qualified to judge. Queen guitarist Brian May emailed Malek after seeing the film to tell him that he was moved to tears, and wrote that, "If Freddie were here today, he wouldn't be more proud of what we've achieved." 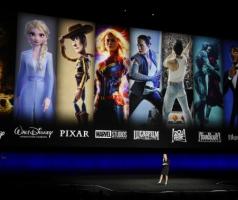 The movie industry has returned to their day jobs Friday after four days of schmoozing, deal-making and watching movie studios and stars sell the best of what's to come to theaters at CinemaCon in... 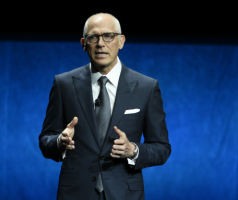 Lionsgate's motion picture group chairman Joe Drake says the sky is not falling in Hollywood and the feature film business is not dead. It's certainly a message that the audience of movie theater... 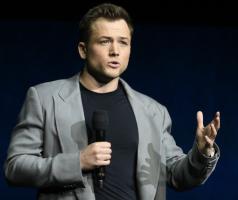 The Elton John musical starring Taron Egerton is one of the summer's most anticipated releases and the studio kicked things... 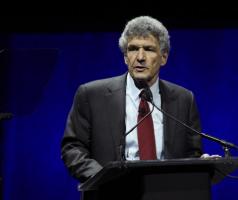 It's not uncommon for Hollywood studios to show a sizzle reel to kick off a CinemaCon presentation, but Wednesday afternoon in Las Vegas, "Avatar," ''Deadpool," ''Toy Story" and "The Avengers" all... 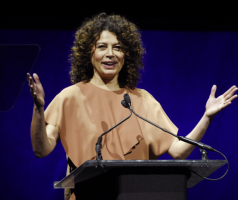 Universal Pictures previewed a diverse slate of offerings from "Cats" to "Hobbs & Shaw" Wednesday morning at CinemaCon, the annual trade convention where exhibitors and distributors meet in...