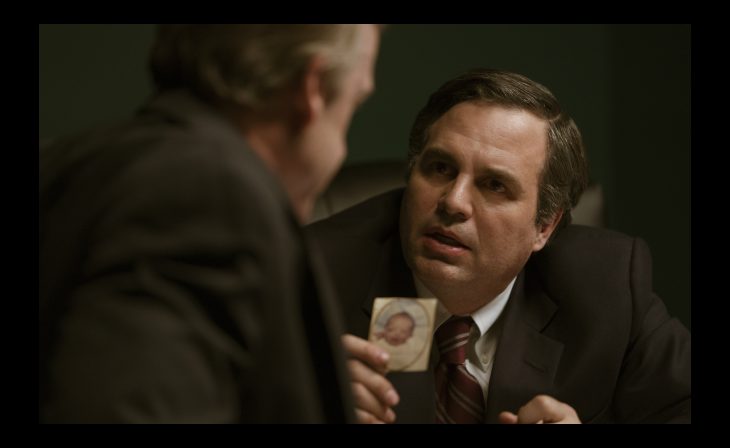 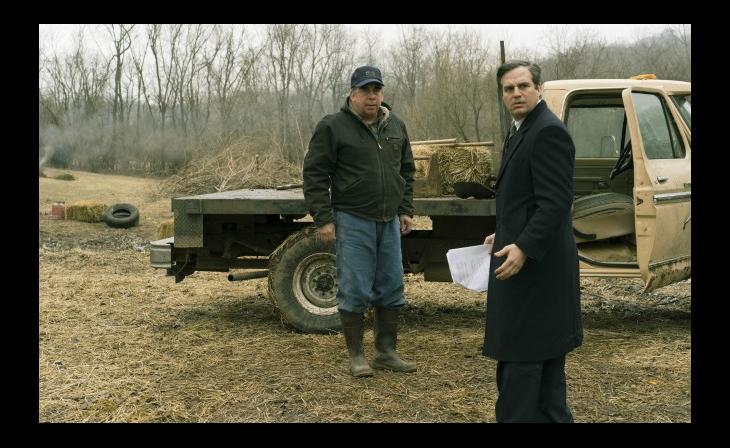 Bill Camp (l) and Mark Ruffalo in a scene from “Dark Waters.” (photo by Mary Cybulski/courtesy of Focus Features) 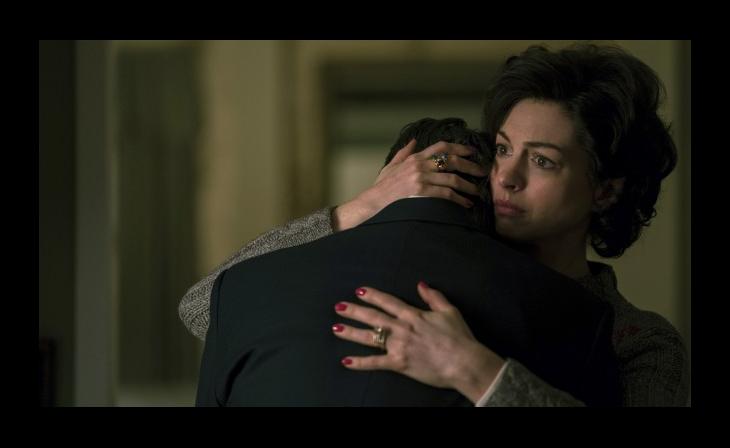 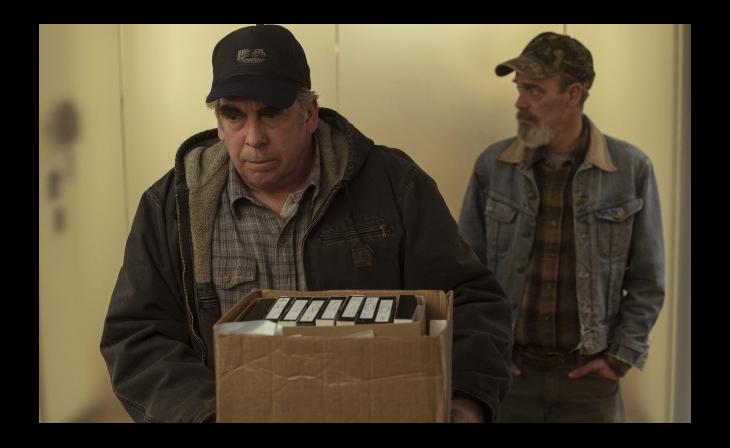 Bill Camp (l) and Jim Azelvandre in a scene from “Dark Waters.” (photo by Mary Cybulski/courtesy of Focus Features)
Prev Next 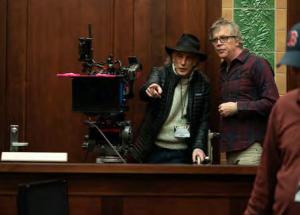 Collaborative waters run deep for director Todd Haynes, cinematographer Ed Lachman, ASC, and editor Affonso Goncalves, ACE. Lachman’s working relationship with Haynes dates back to the 2002 release Far from Heaven. Lachman earned Academy Award nominations both for that film and for Haynes’ 2015 drama, Carol. Lachman also lensed the Haynes features I’m Not There and Wonderstruck, as well as the HBO miniseries Mildred Pierce, for which he garnered an Emmy nomination.

Now Haynes, Lachman and Goncalves come together again, this time to navigate Dark Waters (Focus Features, Participant Media), in which Mark Ruffalo portrays corporate environmental defense attorney Rob Bilott who’s just made partner at a major Cincinnati law firm in large part due to his work defending Big Chem companies. He is conflicted, though, when he’s contacted by two West Virginia farmers, acquaintances of his grandmother, who believe that the local DuPont plant is dumping toxic waste in the area landfill that is destroying their crops and killing their cattle. Bilott seeks the truth about what is happening, a quest that becomes a 20-year battle with DuPont to expose the harmful effects of the chemical PFOA, used to make lucrative Teflon products.

Bilott’s investigation--which takes its toll on his personal life, including testing the relationship with his wife, Sarah (played by Anne Hathaway)--results in a 2017 settlement whereby DuPont and Chemours Co. agree to pay more than $600 million in a class action lawsuit on behalf of thousands. The damaging impact of PFOA, which permeates our ecosystem, continues to this day.

Dark Waters is based on a 2016 New York Times Magazine article, “The Lawyer Who Became DuPont’s Worst Nightmare,” written by Nathaniel Rich.

While this real-life story seems on the surface like a departure for Haynes and Lachman, the DP pointed out that he and the director found it in some respects somewhat familiar ground. Lachman noted that Haynes earlier made Safe, about a woman stricken by a mysterious environmental-related illness. And Lachman had shot director Steven Soderbergh’s Erin Brockovich, which too dealt with severe ecological damage and its impact on people’s lives.

In preparing for Dark Waters, Lachman said he and Haynes delved into “whistleblower” films from the past, including The Parallax View, All The President’s Men and Silkwood, the first two shot by legendary cinematographer Gordon Willis, ASC for director Alan J. Pakula. Lachman marveled at Willis’ “layered frames” and “observational” approach.

Additionally Lachman drew from such artists as Robert Bechtle whom he described as “a realistic and abstract painter at the same time,” turning out “snapshot compositions” that had a poetic feel as well as “a sense of commonplace, the everyday, which was “something I was trying to implement visually” for Dark Waters. Lachman also studied several still photographers who shot in southern Appalachia, southern Ohio, Kentucky, West Virginia and Tennessee.” Dark Waters was shot on location in Cincinnati and West Virginia, mostly during a bitter winter.

Haynes also suggested that Lachman take a look at the sci-fi classic The Invasion of the Body Snatchers, a 1956 film directed by Don Siegel with a screenplay by Daniel Mainwaring. “It was a political metaphor for communism and McCarthyism at the time even though they said it wasn’t,” related Lachman. “It’s about our bodies being invaded by some external force, perfect for a story like Erin Brockovich or Dark Waters, a modern-day horror film we’re living in, a discovery of what’s hidden but seen, seeping behind a Norman Rockwell painting in a folktale world.”

Lachman initially wanted to shoot Dark Waters on film, employing a photochemical process to tell a story about the contamination of chemicals and how that affects our everyday lives. Film also provided, he thought, the proper photographic context for a story that goes back in time and then extends to today. But ultimately the powers that be behind the film wanted to shoot digitally and Lachman accommodated that request, grateful that first and foremost the film’s backers supported such a socially conscious project. He deployed the ARRI Alexa Mini but did not shoot high resolution. He deconstructed the imagery by using older lenses (Speed Panchros and other Cooke glass, Angenieux and Canon K-35s), playing with mixed lighting and color temperatures

Dark Waters marked the first fully digitally shot feature that Haynes and Lachman had collaborated on. They had earlier gone the digital route for some select museum scenes in Wonderstruck. Lachman had also lensed digitally for director Robert Altman’s A Prairie Home Companion and Todd Solondz’s Life During Wartime. Lachman has three career ASC Award nominations thus far--for Far from Heaven in 2003, Mildred Pierce in 2012 and Carol in 2016. He received the ASC’s Lifetime Achievement Award in 2017.

For Lachman, the Dark Waters experience reaffirmed for him that “conflict is a process in our lives. There’s no way to justify corporate greed and corruption. We all have the responsibility to take certain steps toward calling them out on this.”

Affonso Goncalves, ACE
In addition to his work with director Haynes, Goncalves has editing credits that include three Sundance Film Festival winners: Benh Zeitlin’s Beasts of the Southern Wild, Debra Granik’s Winter’s Bone, and Ira Sachs’ Forty Shades of Blue. Goncalves earned an Emmy nomination for his editing on season one of True Detective, which also garnered him an ACE Eddie Award. That was his second career Eddie nomination, the first coming for Haynes’ Mildred Pierce.

Goncalves described working with Haynes as “a privilege,” noting that over the years he and the director have proven to be on the same wavelength. “Nine times out of 10, the performances we choose (for the edit) are pretty much the same. We’re aligned,” said Goncalves. Still the director and editor’s detailed cutting typically varies a little bit but that’s helpful as often there are two differently edited versions of the film, which is a foundation for working and progressing together. Goncalves added that he has the benefit of working with Lachman’s footage, which first and foremost centers on actor performance. Goncalves views Lachman as “another key collaborator” in the editing process.

The editor also cited Ruffalo’s “astounding” performance as Bilott, noting that the cutting approach had to do justice to that character, making sure that the story not deviate from the truth of what really happened. “We were cutting the story of a real-life superhero. We were cutting a film that is a real story, depicting a real life...We had to make sure the audience understood the journey of this man.”

At the same time, with a good deal of the action taking place in offices, Goncalves said that he and Lachman had the responsibility to make the story “cinematic” and visually interesting.

In an earlier interview with SHOOT after the release of Carol, Haynes said of Goncalves, “I feel so lucky to have found Fonsie. Previously I worked for many years with my partner, editor Jim Lyons who passed away (in 2007). Affonso is a fantastic guy, so smart about his work and understands every aspect of the language of film....He has such a sensitivity, is fast at finding useful stuff.”

These talents were especially relevant as Dark Waters starts as what Haynes described as “a regional and national contamination of air and water systems” that ultimately results in “a global contamination of human bloodstreams.” This massive “manmade catastrophe,” he continued, shows that we are all “invariably linked, and our knowledge and awareness are what connect us to one another” in what amounts to “an unending struggle for justice and a fight for our lives.”

This is the 12th of a 16-part series with future installments of The Road To Oscar slated to run in the weekly SHOOT>e.dition, The SHOOT Dailies and on SHOOTonline.com, with select installments also in print issues. The series will appear weekly through the Academy Awards gala ceremony. Nominations for the 92nd Academy Awards will be announced on Monday, January 13, 2020. The 92nd Oscars will be held on Sunday, February 9, 2020, at the Dolby Theatre at Hollywood & Highland Center in Hollywood, Calif.,and will be televised live on the ABC Television Network. The Oscars also will be televised live in more than 225 countries and territories worldwide. 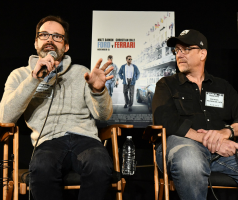 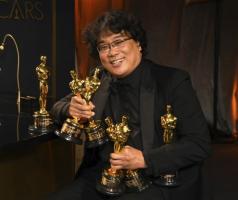 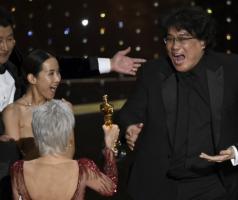 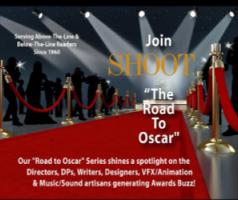 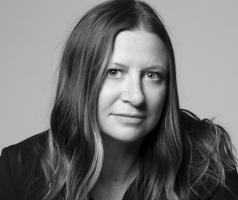