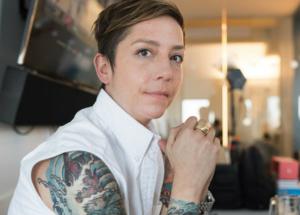 Droga5 has elevated several executives and made multiple new hires. The promotions include Dan Gonda to managing director, Tasha Cronin to co-director of interactive production and integration lead, and Scott Chinn to managing director of Second Child, Droga5’s production studio. The new hires are Kelly Harrington who rejoins the agency as business development director, Molly McClernon who comes aboard as operations lead, production, and Rob Adams who comes to Second Child in a new post, head of engineering.

Chinn joined the agency in 2010 as an executive producer, producing a wide variety of integrated works for brands including Prudential, Google, Hennessy and UNICEF Tap Project. In 2017, he was appointed executive producer of Second Child, leading the newly minted studio in content creation across film, audio, photography, animation, design and technology development. Chinn played a critical role in the studio’s launch, helping to establish its branding, optimize operations and expand the creative and business opportunities. Now, as managing director of Second Child, Chinn will partner with Droga5’s chief creation officer, Sally-Ann Dale, to continue to grow and expand Second Child as well as help integrate its capabilities within Droga5.

Gonda came to Droga5 in 2013 as the group account director after nearly three years as VP and management director at Saatchi & Saatchi New York. With nearly 20 years of industry experience under his belt, he has worked across several brands at Droga5, such as Newcastle Brown Ale, Prudential, Trident and more. Gonda was promoted to head of account management at Droga5 in 2015, overseeing the vast majority of accounts as well as ensuring the department operates as a tight group with clear, aligned visions and processes. In his role as managing director, Gonda will ensure greater collaboration between Droga5’s principal business-facing groups. He will also continue to be a key leader in new-business efforts as well as heading up the account management Department.

Harrington rejoins Droga5 after her first stint as an account director on Sprint. At the start of this year, Harrington went to McCann, where she worked as VP and account director on Mastercard. In her new role as business development director, she will channel her ability to handle volume at pace while also applying critical thinking to all new-business efforts.

McClernon joins Droga5 from 360i, where she helped grow and manage their production department over the past eight years. Most recently, she served in an operational capacity as deputy head of production operations, responsible for developing and streamlining processes, resource management and overseeing operational strategy for clients such as Kraft, Coca-Cola, Nestlé, Nespresso and National Geographic. Before jumping into the ad world, McClernon worked in marketing at Condé Nast and dabbled in corporate event production at Jack Morton Worldwide. In her role as operations lead, production, McClernon will be responsible for team resourcing, financial tracking and analysis and maintaining efficient departmental operations and processes.

Adams joins Second Child from 360i, where he served as VP and director of engineering. With 18 years of experience in advertising, and after seven years freelancing in print production and flash animation, Adams has held several full-time technology development and programming roles at agencies such as JWT and Code and Theory. Now at Second Child, Adams will lead the development of interactive and technology projects, tapping into his skill-set range, from server-infrastructure design and site builds to cloud-based automation and machine learning. 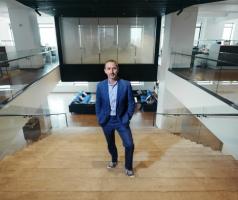 While SHOOT is recognizing Droga5 as its Agency of the Year for 2019, a piece of work unveiled two years ago perhaps best reflects the shop’s creative heart today, shedding light on a... 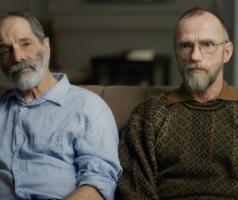 With 2019 about to fully enter the proverbial rear-view mirror, it’s time for reflection on varied fronts, including assessing what work was among the year’s most worthwhile creatively. 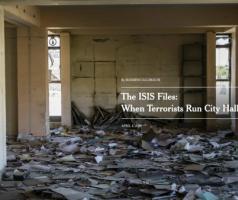 Droga5 earned Agency of the Year distinction and Somesuch was named the top production company at CICLOPE Festival 2019, which concluded on Friday (11/8) in Berlin. Droga5’s work for The New York... 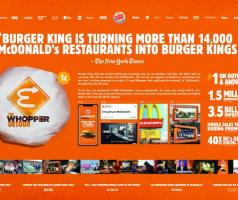 The Clio Awards revealed its top honorees as well as best of year recipients during a gala ceremony on Wednesday night (9/25) at the Manhattan Center in New York City. McCann New York earned Clio... 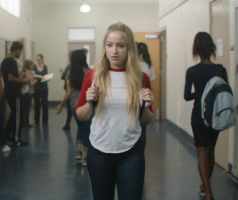