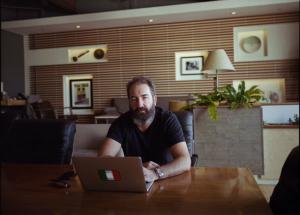 Recess Films has launched in L.A. and New York, headed by managing director John Duffin, an industry vet who served as an exec at Epoch Films for 17 years.

Duffin’s partners in Recess are Jonathan Notaro and Devin Brook--founder and managing partner, respectively, of Brand New School (BNS). Recess will operate independently from BNS, with its own roster of directors.

During his Epoch tenure, Duffin gained a reputation for grooming new talent while advancing the careers of established filmmakers. “I want to nurture talent and create an environment where they can be fearless,” said Duffin. “I see the production company’s role as a community where creativity is valued and has a chance to develop and grow. Recess is an extension of that spirit.”

Recess will produce work across genres, including commercials, films, series, and branded content. The company is represented on the East Coast by Jamie Scalera and Sasha Stern, on the West Coast by Melissa Ross, and in the Midwest by Sue Rosen.