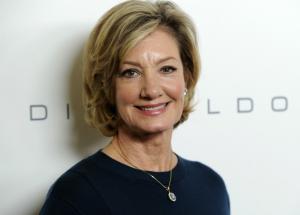 This Dec. 5, 2014 file photo shows Elizabeth Gabler at the 2014 March of Dimes Celebration of Babies in Beverly Hills, Calif. Gabler, whose Fox 2000 produced acclaimed literary adaptations like “Life of Pi” and “Hidden Figures” before being axed in the aftermath of the Walt Disney Co. acquisition, has found a new home at Sony Pictures. (Photo by Chris Pizzello/Invision/AP, File)

Elizabeth Gabler, whose Fox 2000 produced acclaimed literary adaptations like "Life of Pi" and "Hidden Figures" before being axed in the aftermath of the Walt Disney Co. acquisition, has found a new home at Sony Pictures.

Sony on Monday announced a new production deal with the former Fox 2000 president and her entire Fox 2000 team. In the new multiyear venture, Gabler will develop and make movies for the studio beginning later this summer. The partnership also includes HarperCollins, whose catalog Gabler will mine for projects.

Fox 2000 had been expected to be retained by Disney after its acquisition of 20th Century Fox. But earlier this year, the Fox label became one of the most high-profile casualties of the deal. With an enviable record of successes including "The Devil Wears Prada," ''The Fault in Our Stars" and "The Hate U Give," Gabler quickly became a sought-after Hollywood free agent.

The deal marks a reunion. Sony chief Tom Rothman led Fox during part of Gabler's tenure at Fox 2000. She was its president from 1999 until its shuttering in March. In a statement, Gabler called Rothman "my mentor, friend and inspiration."

Said Rothman: "Let's face it, no one makes more hits than Elizabeth. Trust me, I know."

Disney still has several upcoming Fox 2000 projects, including "The Art of Racing in the Rain," with Kevin Costner, and "The Woman in the Window," with Amy Adams.