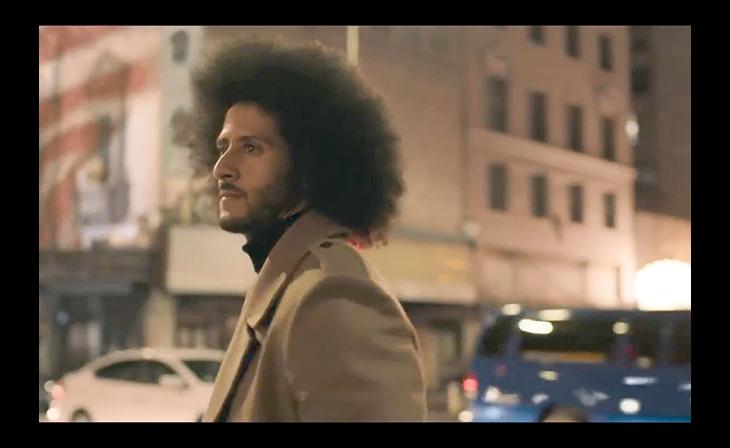 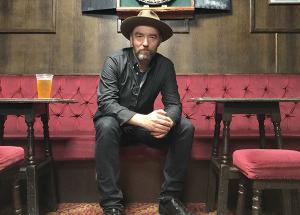 Lance Acord
From “Dream Crazy” to the Carlisle Indian School

Continuing to break new ground with his commercialmaking via Park Pictures—a prime example being the recent high-profile Nike ad featuring Colin Kaepernick—Lance Acord is also prepping to break through with his feature directorial debut.

On the former score, Acord teamed with Park Pictures’ colleagues—directors Emmanuel “Chivo” Lubezki and Christian Weber—on “Dream Crazy,” narrated by Kaepernick. The two-minute spot features star and not so prominent athletes striving to excel. It also touches on the controversy of NFL players kneeling during the national anthem to protest racial inequality and instances of police brutality. Kaepernick was the first player to protest in this manner during NFL games, leading to his, some contend, being banished from playing professional football.

Kaepernick first appears on camera midway through the commercial. As his face is revealed, a reflection of an American flag is visible on a building facade behind him. At the start of the ad, Kaepernick says, “If people say your dreams are crazy, if they laugh at what you think you can do, good. Stay that way because what nonbelievers fail to understand is that calling a dream crazy is not an insult. It’s a compliment.”

He later declares, “Believe in something, even if it means sacrificing everything.”

Acord shared backstory with SHOOT relative to the spot, including what necessitated the involvement of three directors. “The whole idea came from the guys at Wieden+Kennedy. It took a lot of time to get a greenlight. A lot of consideration went into selling that script and reaching the decision to move forward with the concept in general. This amounted to a short turnaround time in terms of prepping the job and being ready to shoot. So we had to go into tag team mode. We had to hit the ground running with three different directors, producers and production teams to meet the deadline. I enjoyed the process of brainstorming with Chivo and Christian. We divided and conquered the project.”

Acord also enjoyed gaining insights into Kaepernick. “He’s a very shy, thoughtful, articulate human being. He feels an obligation to do something more than just be a famous athlete—and with that comes a degree of responsibility. I came to a more thorough and meaningful understanding of what he’s trying to do.”

The spot additionally reflects a continuation of what Acord has tried to do over the past some 20 years with Nike and Wieden+Kennedy. “I’ve done a lot of work with Alberto and Ryan (Wieden creative directors Ponte and O’Rourke) over the years,” said Acord. “We’re trying to strike a responsive chord, make an emotional human connection with an audience.”

That Wieden heritage with Nike includes varied noteworthy collaborations with Acord, including the simple yet stirring “Jogger” spot, which helped earn the director a DGA Award nomination in 2012 (one of his four career Guild nods). Also nominated for an Emmy, “Jogger” was part of Nike’s “Find Your Greatness” campaign for the Summer Olympics in London, The campaign eloquently captured the greatness in everyday people looking to improve themselves, an inspired creative departure from the Olympics norm of focusing on marquee star athletes. In “Jogger,” the simplicity of a heavyset youngster jogging in silence down a road speaks volumes. Greatness can indeed be everywhere—and in the minds and hearts of everyday people.

However, Acord-helmed work that’s emotionally moving isn’t confined to Nike. His recent endeavors include, for example, Toyota’s “R+S,” a 100-second commercial which tells a family’s multigenerational story using a much loved tree as the centerpiece. The narrative starts with the grandparents as a young couple and the tree bares their initials, “R+S.” The story continues decades later after the tree has fallen from natural causes. During the holiday season the  grandparents visit their daughter’s home to find a framed picture of themselves as a young couple in front of their special tree. As the rest of the family hides in anticipation, the elderly couple sees the inscription of their initials “R+S” on the table and quickly realizes it's their beloved tree.

The spot features a real family of actors including grandparents, their daughter and her husband and children. Acord filmed the ad in central California and cast a family from the same area. “The story comes to life because it represents real families,” said Acord.

This tug-at-the-heartstrings dynamic is akin to such other Acord directorial efforts for the likes of Subaru, Nissan, VW and Apple.  Case in point is the primetime Emmy Award-winning “Misunderstood” for Apple out of TBWA\Media Arts Lab. “Misunderstood” is a brilliant misdirect underscoring that things aren’t always what they appear to be. The spot introduces us to a seemingly distracted teenager who is preoccupied with his hand-held device. He keeps at arm’s length from his family as they are celebrating being together and sharing a snowy Xmas. We later see, though, that the teen has been using his iPhone to chronicle the family during the holidays, making a film that captures the love and warmth they share. When he screens the piece, his mom, dad and relatives are deeply touched. The iPhone and its user were not keeping a safe distance from family affection and togetherness—rather the lad and Apple were right in the middle of what was happening and committed to keeping that experience and genuine affection alive.

Coming attraction
Acord began his career as a cinematographer shooting music videos and commercials with close friend and collaborator Spike Jonze. Acord went on to lens seminal music videos for directors Michel Gondry, Mark Romanek, Stephane Sednaoui and the Dayton/Faris duo. Acord’s feature cinematography debut was Vincent Gallo’s cult classic Buffalo 66. The DP went on to shoot such notable features as Sofia Coppola’s Lost in Translation and Jonze’s Being John Malkovich, Adaptation and Where the Wild Things Are.

Then came Acord’s transition into directing, punctuated by the launch of Park Pictures in 1998 with partner/EP Jackie Kelman Bisbee. Over the years, Acord has received 25 Cannes Lions and 18 AICP Show honors for his directing exploits on behalf of assorted brands.

Park then diversified into theatrical motion pictures with the formation of Park Pictures Features in 2010 by Acord, Kelman Bisbee and producer/industry vet Sam Bisbee. The shop has produced 10 feature films, nine of which have been selected for the Sundance Film Festival. Three of those films were rolled out at Sundance this year: the closing night movie, Hearts Beat Loud directed by Brett Haley; the Jim Hosking-helmed An Evening with Beverly Luff Linn, part of the Sundance Next Fest program; and The Sentence directed by Rudy Valdez. The latter is the first documentary produced by Park Pictures Features.

Now Acord is looking to extend his own directorial reach into the feature arena. He is currently working with screenwriter Bryce Kass developing the adapted screenplay of Sally Jenkins’ book “The Real All Americans.” Acord described it as “a gut-wrenching story about the forced assimilation of Native American Indian children, Captain Richard Henry Pratt and the formation of the Carlisle Indian School in Western Pennsylvania. It’s been challenging because the story spans over 30 years and involves an almost unbelievable convergence of events and characters.”

The story centers on one of the few escapes from the loneliness and hardships of daily life at Carlisle—this new sport that had captured the imagination of late 1800’s America called football. Along comes this foul mouthed, out of work, ex-Ivy League coach named James Scobey “Pop” Warner and he goes on to coach the rag tag, undersized group of young men to unbelievable success. At that time the game consisted primarily of a scrum of massive men, attempting by brute force alone, to drive the pile from one end of the field to the other. The game was unbelievably violent. In the 1905 season alone there were 18 deaths and 149 serious injuries among a relatively few number of collegiate teams nationwide by today’s standards. To account for how comparatively small they were, and taking advantage of the young men’s speed and agility, Pop relied on deception, speed, creative play calling, and the introduction of the forward spiral pass basically reinventing the game of football as we now know it. In 1907 a scrawny kid from Oklahoma named Jim Thorpe shows up and the rest is history.

Acord is tackling this narrative in a manner which he learned early on in his career and has sustained over the years. He recalled when serving as DP for Jonze, “His demands from me as a cinematographer weren’t ‘Was he in the light,’ or ‘Did they hit the mark.’ He didn’t care about that stuff—almost frustratingly so. Instead he’d ask, ‘What did you think about his performance? Did you feel something?’ It was always more about the emotional impact and takeaway of the scene than it was about the technical aspects. Now for the work I direct, I always try to keep the technique as such that it never gets in the way of what it is we’re doing—exploring human conditions, evoking emotion from characters and from the audience in response to those characters.”