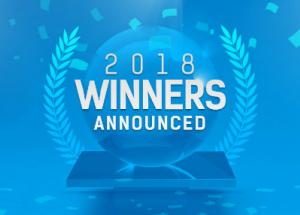 “We’re thrilled to be recognized as Global Network of the Year, as this represents excellence across multiple agencies, pieces of work and clients,” said Rich Levy, chief creative officer of FCB Health Network. “Our goal is to elevate the quality of the work, so we can elevate quality of the life for people all over the world.”

Tim Hawkey, executive creative director and co-managing director of Area 23, said, “By the numbers, Agency of the Year represents a lot of awards. But to the people behind it, it represents a lot of work--late nights toiling over the type on an ad when it was probably pretty good to begin with. Entire weekends swallowed up by the ambition to do something no one’s ever done before and make sure we get it right. Extra plane trips to the client en masse. I firmly believe that what separates the good work from the great work...is work and the amount of work you are willing to put in. And we have some of the smartest, most creative, hardest-working people in the biz.”

The other major winner was Energy BBDO Chicago which earned the headline Grand Global on the strength of “Prescribed to Death” for humanizing the opioid crisis for the National Safety Council. The innovative campaign puts a face to the problem by turning data into faces—engraving the faces of the 22,000 people that die each year from opioid overdoses onto pills. The powerful installation, which visited cities across the country and the Ellipse at President’s Park (just a few hundred feet from the White House’s South Portico), illustrated the epidemic with a new pill being carved every 24 minutes to dramatize how often a person dies of a prescription opioid overdose. The installation also earned three Global Gold Awards.

“We are lucky to get to create work that is making a real impact in addressing the Opioid epidemic in the U.S. I’m incredibly proud of the passion behind this project and thankful to all of the people who contributed to making the work great,” said Andrés Ordóñez, chief creative officer, Energy BBDO.

For the first time in 24 years the Global Awards honored entrants with three levels of awards--Gold, Silver and Bronze. The 2018 Global Awards executive jury honored agencies and their creative work with 13 Gold Global Awards, 14 Silver, 14 Bronze, and 175 Finalist Awards.

Serviceplan South Korea earned a Global Gold Award and a Silver for “Making the World Accessible, Dot by Dot” for client Dot. The winning entry showcases how the portable smart translation device allows the user to store and carry 10,000 books, providing the visually impaired individual to access text books, magazines, and almost any content. Dot’s device uses AI to understand context and translate immediately to braille allowing for instant downloading of books

FCB Health New York earned two Global Gold Awards for its unique depiction of the real burden of COPD. “5 Million Puffs,” a campaign created for Stiolto Respimat. helped give previously jaded physicians and HCPs true empathy for their patients and allowed the brand to break through in a crowded and increasingly competitive category.

CDM New York’s entry “Good Morning Peyton” for National Organization for Rare Disorders was honored with a Global Gold Award and Silver. The campaign features ten-year old Peyton Madden who lives with a rare life life-threatening allergy to sunlight called xeroderma pigmentosum (XP), which highly restricts his ability to engage in typical daytime activities without extreme head-to-toe coverage. On August 4, 2017, the entire town of El Dorado (nearly 500 people) came together to transform evening into morning for Peyton: inviting him to engage in all that the community has to offer, but under the safety of darkness.

RPA USA’s “Imaginary Friend Society--Film Series” for the Pediatric Brain Tumor Foundation earned a Global Gold Award and a Silver for their series of 22 animated short films. The Imaginary Friend Society characters explain the different facets of cancer care kids might face, covering everything from “What is an MRI?” to “Returning to School” to more emotionally complicated topics like “Feeling Sad,” providing kids with a knowledge base to help them find a little bit of control and understanding in their fight against cancer.

“Blink to Speak,” TBWA India’s campaign for Asha Ek Hope Foundation for ALS, received the Global Gold and Silver for their print and product innovation campaign that provided an accessible method of communication for patients with an alert mind but a paralyzed body via a book and downloadable e-book. The content provided an eye-language guide with a created alphabet using eight simple eye movements designed for patients, families, and caregivers to ease their difficulty in communication.

Langland UK’s “Aviation” was in the spotlight earning two Global Gold Awards, two Silver and a Bronze--its entry utilized to recruit 300 children and adolescents for the Autism Study was designed to help autistic children make better sense of the world by bringing to life three common idioms that children with autism may struggle with. Using intricate hand-made sets and puppets, this imagery was portrayed across a variety of print materials, brought to life in a stop-motion film, and used across a series of online banners.