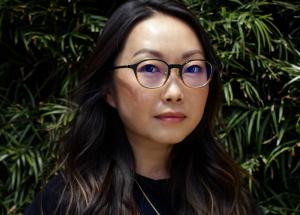 Final Draft, a Cast & Crew company, has unveiled the honorees for the 15th Annual Final Draft Awards. Academy Award® winning screenwriter Quentin Tarantino will be presented with the Hall of Fame Award for his prolific contribution to the art of screenwriting. Tarantino’s latest film, Once Upon a Time in... Hollywood, has grossed over $372 million worldwide and earned numerous accolades including a win for best screenplay from the New York Film Critics Circle and five Golden Globe® nominations.

The New Voice Award for Television will be presented to Steven Canals, the dynamic co-creator and executive producer of the acclaimed FX original series Pose, which after a stellar presence throughout Emmy® season, was recently named to the American Film Institute’s Top 10 list and will return for its third season in 2020.

Final Draft will soon announce the winners of the 2019 Big Break® Screenwriting Contest who will also be honored at the event.

“Quentin Tarantino is an iconic filmmaker whose bold and imaginative storytelling has been thrilling audiences for almost three decades,” stated Scott McMenamin, president of screenwriting software company Final Draft. “He’s left an indelible mark on cinema that is distinctly his and it’s our honor to recognize him. We are equally thrilled to be honoring two brilliant, groundbreaking new voices in film and television that are telling fresh, thought-provoking stories. They perfectly embody the tenets of the New Voice Award with their original and provocative storytelling with narratives that focus on the universal journey of the human experience. We can’t wait to see what stories this year’s honorees will choose to tell next.”

Quentin Tarantino
With his vibrant imagination and dedication to richly layered storytelling Quentin Tarantino has established himself as one of the most celebrated filmmakers of his generation.  His latest film, Once Upon a Time in… Hollywood, is his ninth feature film in his acclaimed career.

Tarantino’s The Hateful Eight received many awards, including Ennio Morricone’s only Oscar® along with Golden Globes, BAFTA and ASCAP wins for the composer; while Tarantino was nominated by BAFTA and the Golden Globes for his screenplay, Jennifer Jason Leigh by the Academy and BAFTA for supporting actress and Robert Richardson by the Academy for his Ultra Panavision 70MM cinematography. Starring Samuel L. Jackson, Kurt Russell, Jennifer Jason Leigh, Walton Goggins, Damián Bechir, Tim Roth, Bruce Dern and Michael Madsen, the film is set in Wyoming in the 1870s as a blizzard overtakes eight travelers in a stagecoach lodge who come to realize that they might not make it to their destination after all. The film debuted worldwide in approximately 100 theaters retrofitted with 70MM anamorphic film projectors screening exclusive 182-minute roadshow prints complete with an overture, intermission and printed programs. Most recently a special four-chapter extended version curated by Tarantino became available on Netflix.

Following the success of Reservoir Dogs, the screenplays that Tarantino wrote during his tenure as a video store clerk became hot properties: Tony Scott directed Christian Slater and Patricia Arquette in True Romance and Robert Rodriguez directed George Clooney and Salma Hayek in From Dusk Till Dawn. In addition to their collaborations From Dusk Till Dawn and Grindhouse, Tarantino also joined Rodriguez as a special guest director on his hit Sin City. Tarantino joined Rodriguez, Allison Anders and Alexandre Rockwell by directing, writing and executive producing a segment of the omnibus feature Four Rooms. For television, Tarantino directed the season five finale of CSI. The episode, titled “Grave Danger,” garnered Tarantino an Emmy nomination for Outstanding Directing for a Drama Series. Tarantino made his television directorial debut in 1995 with an episode of the long-running drama ER.

Tarantino’s diverse work as a producer exemplifies both his commitment to first-time filmmakers and his support for his experienced peers and colleagues. Tarantino served as an executive producer on Eli Roth’s Hostel and Hostel: Part II, Roger Avary’s Killing Zoe, Katrina Bronson’s Daltry Calhoun and Robert Rodriguez’s From Dusk Till Dawn. Tarantino, a longtime fan of Asian cinema, presented Yuen Wo Ping’s Iron Monkey to American audiences in 2001, Zhang Yimou’s Hero in 2004 and RZA’s The Man with the Iron Fists in 2012.

Lulu Wang
With the rare ability to captivate audiences with her sincere storytelling, Lulu Wang continues to establish herself as a writer and filmmaker to watch.

Recently announced, Wang will serve as executive producer and writer on the upcoming Amazon Original series, The Expatriates. Wang will also direct multiple episodes. Based on the best-selling novel by Janice Y.K. Lee, The Expatriates, from Amazon Studios and Nicole Kidman and Per Saari’s Blossom Films, will premiere exclusively on Amazon Prime Video in over 200 countries and territories.

In July 2019, Wang released her second feature The Farewell, which she both wrote and directed. The story follows Billi (Awkwafina), who returns to China after decades in America to join a household of relatives as they convene to say goodbye to the family’s elderly matriarch under the pretense of a shotgun wedding.

The film first premiered at the 2019 Sundance Film Festival in the U.S. Dramatic Competition, earning Wang a nomination for the Grand Jury Prize. After its success at Sundance, A24 picked it up for worldwide distribution and released the film in select theaters on July 7. Since then, Wang’s sophomore feature was recently nominated for multiple awards including “Best Feature” and “Best Screenplay” at the 2019 Gotham Independent Film Awards, “Best Feature” at the 2020 Independent Film Spirit Awards, as well as “Best Motion Picture – Foreign Language” at the 2020 Golden Globe Awards.

Wang’s debut feature film, Posthumous, stars Brit Marling and Jack Huston. Released by The Orchard in 2014, the indie romantic comedy follows a struggling artist who finds himself accidentally reported dead. On behalf of the debut film, Wang was awarded with the Chaz and Roger Ebert Directing Fellowship at the 2014 Film Independent Spirit Awards, as well as earning the 2014 Film Independent Project Involve Directing fellowship.

Steven Canals
Hailing from The Bronx, Steven Canals is the co-creator and executive producer of the Emmy and Golden Globe Award-nominated and Peabody Award-winning FX drama series Pose. Named one of the Best TV Programs of the Year by the American Film Institute in 2018 and 2019, Pose recently finished its second season on FX and will return for a third season in 2020.

A 2015 graduate of UCLA’s MFA Screenwriting program, he began his journey as a storyteller in high school, producing the documentary short Turf Violence: What’s It All About? co-funded by HBO Family. Steven went on to earn a BA in Cinema, and a Masters in Student Affairs & Diversity from Binghamton University. He moved to LA in 2012 after a 9-year career in higher education. While attending UCLA, Steven served as a research assistant at Hungry Jackal Productions. In 2016 Steven was a staff writer on Freeform’s Dead of Summer, the same year his short film, Afuera, premiered at the LA Film Festival. He made his TV directorial debut with the eighth episode of the second season of POSE titled “Revelations.”