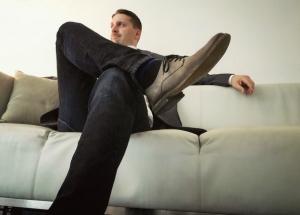 This marks the first representation for both filmmaker, director and cinematographer Romslo, and Bradley who’s a filmmaker,  musician, painter and photographer. Gasket director, animator and artist Shultz is also available through Engines Running and serves as its chief creative officer.

“Over the past few years, we have been asked to work on more and more integrated campaigns,” explained Shultz. “Clients know they need creative content, but they don’t always know where that content will be distributed. It became clear to us that we needed a new creative venture where we could provide clients with a wealth of options, depending upon what the needs of their projects are. So we created Engines Running.”

Also part of the Engines Running equation is F:30 Films. Managed by executive producer Barth Ward, F:30 Films is a collective of directors from all over the world. With F:30, Engines Running brings into its ranks a roster of seasoned commercial directors. And with Shultz being repped by F:30, it comes full circle to have Ward’s team represented by Engines Running.

Led by Shultz, the team at Engines Running looks forward to bringing their unique perspectives and fresh ideas to any project, partnering with agencies and brands. “To launch Engines Running, we have brought together this amazing and diverse group of talented filmmakers, directors and storytellers,” concluded Shultz. “Each talent represents a unique voice or perspective that we can offer clients.”