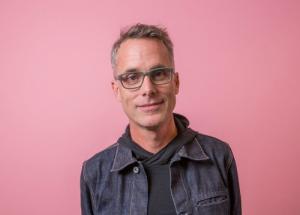 Jay Russell, chief creative officer of Austin, TX-based GSD&M, has been named chairperson for the 2020 AMP Awards for Music & Sound, which are sponsored by the Association of Music Producers. Entries for the competition are now being accepted through the deadline of March 9.

In his role as chair, Russell will advise the competition on creative standards and lead its Curatorial Committee, which will be tasked with ensuring that all finalists meet the criteria for their respective categories. The Committee also selects the competition’s prestigious Best in Show winner.

For Russell, music and sound play immeasurably important roles in making an ad’s message memorable. “Often it’s the primary narrator,” he observed. “The best advertising is often a combination of storytelling and music, in which the music and sound functions as a cultural shortcut. I mean, if you turn on ‘Star Wars,’ the first thing you hear is that music. It just hits you.”

The same, he said, can be true of sound design, which often blends in with a film’s background so much as to be unnoticeable. “But like great music, sound design adds a feeling that you just can’t put your finger on,” he added. “It’s like magic dust. It moves the story forward, and you know it’s right when you hear it.”

Russell started his career working at DDB on brands like Bud Light, PBS and American Airlines before taking on Miller Brewing as a creative director at Square One and then Nationwide Insurance while at TM Advertising. In his first stint at GSD&M he ran the global BMW business before leaving for Crispin Porter + Bogusky, where he helped launch the Windows phone.

But the lure of Austin was too great, and Russell returned to GSD&M in 2011, and was named CCO in 2015. Since then he’s led the creative charge that earned Popeyes a Cannes Lion for its 12-hour drive-thru activation, followed by the most successful product launch in fast-food history, the unprecedented #ChickenWars.

Russell’s work has been recognized by the One Show, Clio, Effie Awards, National ADDYs and Cannes, including a Gold Lion in Cyber for the U.S. Air Force.

“We’re thrilled to have Jay serving as our Show Chairperson for 2020, and we’re looking forward to his insight and influence as our Curatorial Committee reviews the work of our judging panels,” said Elad Marish. partner at Swell Music + Sound in San Francisco and president of the Association of Music Producers, which sponsors the AMP Awards. “Jay’s feel for the role of music and sound in brand communications is obvious, and his work for clients like Popeyes shows that his creative department has its finger on today’s social media-driven pulse. We’re honored to have his support and participation.”

Russell is excited about chairing the AMP Awards, and believes a competition like this one--created by the music industry to honor the music industry--reflects a level of purity that’s to be admired and respected. “For a show like the AMP Awards, it’s really all about the work, and that’s a different approach going in,” he noted. “The top festivals all have this in common, and it’s what sets them apart.”

An avid runner, Russell said he’s run the equivalent of the circumference of the Earth--24,000 or so miles--and he knows, because he’s kept track, first via ledgers, then Garmin, then Nike+. What does he listen to when he’s running? “Lots of things,” he said, ranging from classic rock like Journey to Midwestern punk icons like The Replacements.

He’s kept just about every playlist he’s ever put together to accompany his jogs, he added. “I’ve got all my old iPods lined up on a shelf,” he admits. “Music reminds you of different periods, and these are my time capsules. It’s how I’ve marked the chapters in my life.”

The AMP Awards winners will be presented at a gala presentation on Tuesday, May 19, at Sony Hall in New York. Tickets will be available soon here.

Among the highlights of the event will be the presentation of the AMP Hall of Fame trophy, presented to an innovative marketer in recognition of its continued use of music and sound in building strong consumer perceptions.

The only juried, non-profit competition dedicated to honoring achievements in music and sound in all media, the 2020 AMP Awards accepts entries from music companies, ad agencies, marketers, labels, publishing companies, audio post houses or any entity involved in providing music and sound for advertising, branding and marketing content.