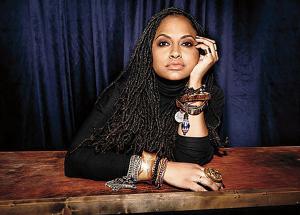 California's expanded Film & TV Tax Credit Program 2.0 includes a provision called the Career Readiness Initiative that helps students from all walks of life gain access to production-related careers. It requires each project in the tax credit program to offer hands-on opportunities ranging from paid student internships and professional skills tours to teacher externships. So far, the feedback from students and educators has been overwhelmingly positive.

A high-profile example of the initiative in action is Disney’s A Wrinkle in Time. Director Ava DuVernay made career readiness and access to the filmmaking process a priority. She personally interviewed and selected three community college students for on-set internships and created an atmosphere of inclusiveness that has inspired the students to continue exploring careers in the production industry. Here are a few Career Readiness Initiative stats to date:

STARZ Series Counterpart Shoots In Berlin
The critically acclaimed STARZ Original series Counterpart began production on February 28 in Berlin.  The 10-episode second season of the one-hour scripted drama is from creator Justin Marks, Gilbert Films and Anonymous Content, with MRC serving as the studio for the series.  Season two of the espionage spy-fi thriller will continue production in Los Angeles later this year.

Betty Gabriel (Get Out, Purge: Election Year, Westworld) joins the cast as Naya Temple, a former FBI agent recently hired by the Office of Interchange to clean house. Gabriel is best known for her portrayal of Georgina in the Best Picture Oscar-nominated film Get Out.

Succession Wraps In New Mexico
After shooting previous episodes in New York, the HBO Drama series Succession recently came to New Mexico. A Succession episode was lensed during the second half of January in the state.

“Succession starts off 2018 in what we are confident will be another booming year of production for our film industry in New Mexico,” said Nick Maniatis, director of the New Mexico Film Office.

The HBO series is created by Jesse Armstrong and executive produced by Armstrong, Adam McKay, Frank Rich, Kevin Messick, Will Ferrell, Jane Tranter and Mark Mylod. Succession follows the Roy family—Logan Roy and his four adult children—who control one of the biggest media and entertainment conglomerates in the world. The series tracks the lives of the key members of the Roy family as they grapple with what the future will hold for them as their aging father begins to take a step back from the company.