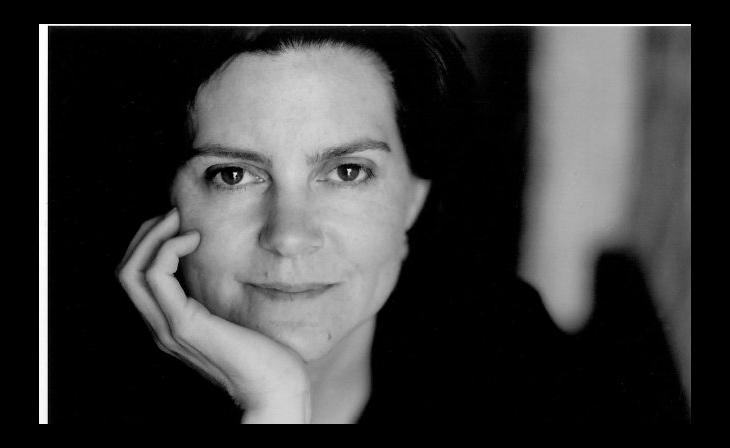 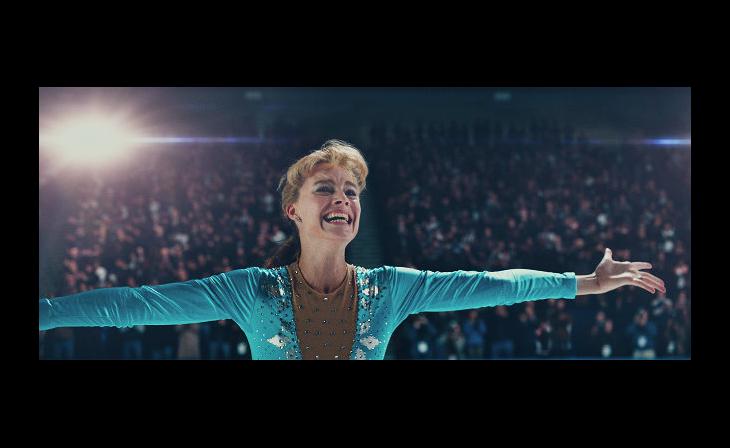 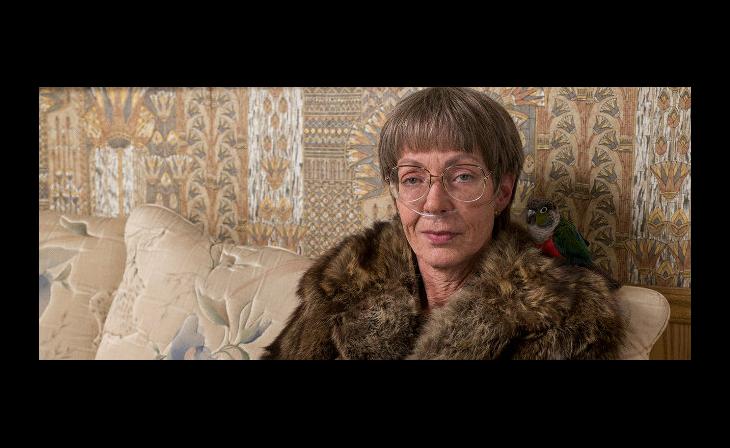 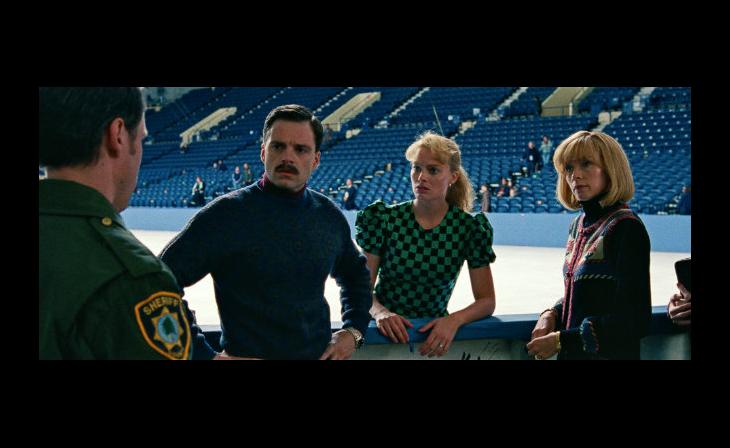 Sebastian Stan as Jeff Gillooly, from left, Margot Robbie as Tonya Harding and Julianne Nicholson as Diane Rawlinson in a scene from “I, Tonya.” (photo courtesy of Neon)
Prev Next 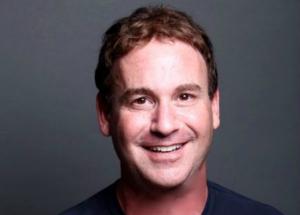 Zigging while others were zagging led writer Steven Rogers to a story many had viewed wholly unappealing--that of figure skater Tonya Harding who was implicated in the knee-smashing attack on her prime U.S. skating competitor, Nancy Kerrigan, just prior to the 1994 Winter Olympics. Harding and her then husband, Jeff Gillooly, became infamous during the course of a media circus/feeding frenzy, which itself came to be regarded negatively as a precursor to what is now our society’s increased penchant for sensationalized news and reality TV fare.

Still. Rogers was drawn to Harding’s story. The spark came when he saw The Price of Gold, an ESPN 30 for 30 documentary on the Harding/Kerrigan saga directed by Nanette Burstein (who helms commercials via production house Hungry Man). The elements of media and truth, social standing, family and domestic abuse all piqued Rogers’ interest.

So Rogers sought out Harding, went to her website where he found a phone number for her agent. The number went to a Motel 6. “I knew at that moment that I was all in on this,” recalled Rogers who tracked down and interviewed Harding and Gillooly, getting “wildly contradictory stories” from them as to what happened. “Things people tell themselves in order to be able to live with themselves is something that’s great to explore, to write about,” Rogers affirmed.

Rogers obtained the rights to the Harding story and wrote a script on spec, ultimately resulting in I, Tonya (Neon, 30 West), a feature which is generating considerable awards season buzz. The story that others hadn’t even considered became in Rogers’ hands a smart, funny and engaging script, a hot property that led Rogers to partner with producer Bryan Unkeless. “I wanted to do this independently,” said Rogers, “because I didn’t think the feel and tone I wanted for the movie would survive in the studio system.”

Rogers, who’s also a producer on the film, and Unkeless ultimately decided on Craig Gillespie to direct I, Tonya. Gillespie first established himself as a commercialmaker (he continues to be handled by production house MJZ where he’s been nominated for the DGA spot director of the year award four times, winning it in 2006) and then diversified into features with a filmography that includes Lars and the Real Girl, Fright Night, The Finest Hours and Million Dollar Arm.

“I met Craig who started to talk about the tone for I, Tonya in a detailed, specific way, how he would shoot it, the themes involved,” recollected Rogers. “We met with a lot of talented directors but Craig was at the top of my list after we talked. I remember calling Brian about Craig to see what he thought. Happily, he felt the same way. But he said he didn’t want to influence me. I was totally prepared to influence him about Craig.

In a SHOOT Fall 2017 Directors Profile, Gillespie said of I, Tonya, “It was a great script. Once I read it, I was immediately on board.” Margot Robbie was already attached to the film as a producer and the acting lead portraying Harding. Allison Janney—whom Gillespie described as “pure gold” as Harding’s caustic mother—was attached per a mandate from Rogers. The most challenging bit of casting was finding someone to portray Gillooly. “Domestic violence is very tricky,” said Gillespie. “You have to be respectful of the seriousness of the situation but also need to stay invested in the character, jumping into the next scene which is often comedy. It’s hard to find someone who can carry that—but Sebastian Stan came in and we knew we had found the right guy.”

As for the alluded to “tone” cited by Rogers, Gillespie observed that I, Tonya is “a dance between drama and humor in the same moment.”

Indeed I, Tonya is a movie difficult to categorize. It’s part tongue-in-cheek documentary, part drama and part comedy, sometimes absurd, all rolled into one, even at times resembling a morality play of sorts, depicting parental and spousal abuse, eliciting some understanding of, even a bit of empathy for Harding.

Rogers related that the biggest creative challenge that I, Tonya posed to him as a writer was “having to condense 40 years in under two hours, telling a very unconventional story in an unconventional way. I wanted the film to be truthful and entertaining.”

Also challenging was the production schedule which entailed capturing 256 scenes in 31 days, according to Rogers. “Craig’s training in commercials may have helped. He embraced the challenge. Overall this was the best professional experience I’ve had. It was so satisfying to work with this group of people. We all worked like dogs but the result was delicious.”

Among the awards season results thus far for I, Tonya are Rogers earning his first career Writers Guild and Producers Guild Award nominations.

Riegel perspective
Tatiana S. Riegel, ACE has cut all five of director Gillespie’s features, from Lars and the Real Girl to Fright Night, Million Dollar Arm, The Finest Hours, and most recently I, Tonya. She also edited the Gillespie-helmed pilot for the Showtime series United States of Tara.

Regarding his collaborative relationship with Riegel, Gillespie told SHOOT, “We have such a shorthand, it’s almost as if there’s no shorthand. We get each other’s sensibilities. She did her first pass on I, Tonya and there were a number of scenes I didn’t even have to touch. Performance-wise she has great instincts. Simply put, she makes my life easier.”

Dating back to Lars and the Real Girl, Riegel observed, “Craig has a tone that is very emotional and very funny, which can be a hard line for many to walk. Five degrees in either direction would be a disaster. As an editor, you have to do a balancing act. That certainly was the case with I, Tonya. There’s strong stuff, including domestic violence, in the film, which can be impossible to watch on its own. At the same time, there’s a natural absurdity in the story. So with the editing, you have to be conscious of keeping the audience entertained in a lighter way without diminishing the strength and power of what they’re seeing.”

Much of that power is in the stellar performances of the cast. For I, Tonya, Riegel said, “It all feels appropriate and natural as it’s building. The energy level in the footage I was seeing was remarkable.”

Riegel maintains a steady dialogue with Gillespie as she assembles scenes while he’s shooting. “I like to show him stuff sooner--the total opposite of what a lot of editors do which is to store up their work and present it later. I try to show Craig the work as soon as possible scene by scene. I find it a good way to start and maintain a dialogue with the director. It allows the director to see what they’re getting in terms of coverage and performance--maybe leading the director to make adjustments in performances. Sometimes daily, sometimes a couple of times a week, sometimes once a week I’d run my work by Craig. So he’s pretty much seen almost the entire film right before we start working side by side after the shoot.”

Riegel said of her overall experience on I, Tonya, “It’s been lovely, challenging in terms of time and budget constraints and a lot of moving pieces. You have the interviews, breaking through the fourth wall, action sequences on ice, emotionally intimate moments. It’s all about staying with the movie as it develops, keeping perspective and constantly pushing oneself to do the very best you can. Craig is very much like that. He never settles. To the last minute, we’re all trying to make the work better. And the end result is quite gratifying.”

This is the ninth of a multi-part series with future installments of The Road To Oscar slated to run in the weekly SHOOT>e.dition, The SHOOT Dailies and on SHOOTonline.com, with select installments also in print issues. The series will appear weekly through the Academy Awards gala ceremony. Nominations for the 90th Academy Awards will be announced on Tuesday, January 23, 2018. The 90th Oscars will be held on Sunday, March 4, 2018, at the Dolby Theatre at Hollywood & Highland Center in Hollywood, and will be televised live on the ABC Television Network. The Oscars also will be televised live in more than 225 countries and territories worldwide. 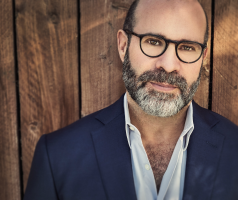 Scott Z. Burns has worn different industry hats with great aplomb. He was a producer on the Oscar-winning feature documentary An Inconvenient Truth and then its sequel. His writing... 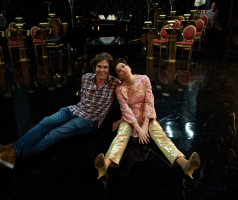 All the world’s a stage. And director Rupert Goold knows his way around a stage for varied pursuits. He is artistic director of the Almeida Theatre in London, served in the same capacity at the U.... 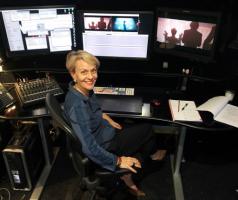 Judy (Roadside Attractions) takes us back to two eras--1969 when Judy Garland, portrayed brilliantly by Renée Zellweger, is towards the end of her life. It’s at a juncture when Garland is... 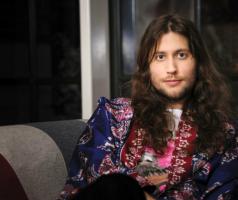 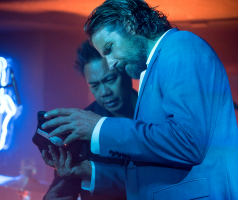 While shooting Mother! in Montreal, Matthew Libatique, ASC got “word out of the blue” from the film’s director, Darren Aronofsky, that Bradley Cooper was coming by to meet him. Cooper...