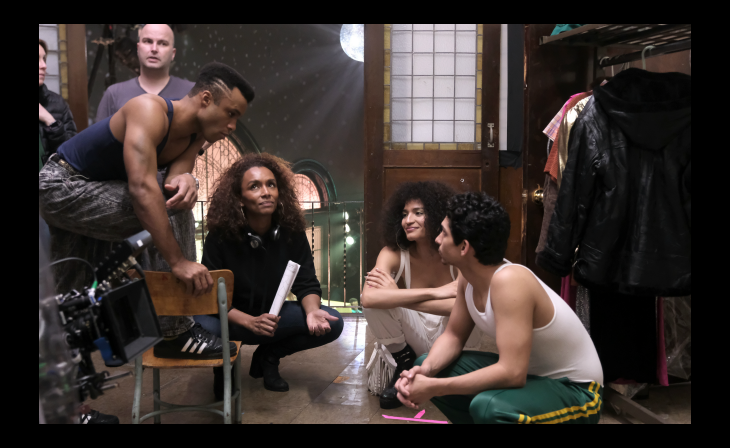 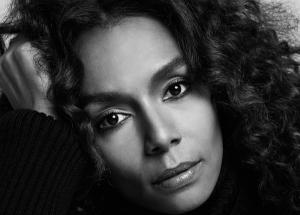 While it remains to be seen if an Emmy nomination or perhaps even multiple nods are in the offing for Pose (FX Network), major TV Academy recognition has already been attained. Last month, the 12th Television Academy Honors were presented, celebrating programs that examine and portray complex issues and challenges facing our society--and in the process, make an extraordinary impact.

Pose was one of two drama series (the other being ABC’s A Million Little Things) to receive a TV Academy Honor this year for remarkable storytelling that enlightens, educates and motivates audiences. Making television history, Pose features the largest cast of transgender actors in series regular roles, the biggest recurring cast of LGBTQ+ actors ever in a scripted series, as well as a host of LGBTQ+ individuals behind the camera.”

Created by Steven Canals, Brad Falchuk and Ryan Murphy, Pose delves into the 1980s’ “Ball Culture,” part of the LGBTQ scene in New York where people belonged to houses, competing for prizes at various balls of fashion and dance.

The TV Academy Honor for Pose came on the heels of the series earning a Peabody Award for excellence in entertainment. The Peabody judges noted that Pose “follows the ongoing rivalry between the established House of Abundance and the upstart House of Evangelista in an honest telling of trans and gay people of color at a critical time in history. Presided over by Billy Porter’s Pray Tell, the competition and its delicious melodrama serve as backdrop for the burgeoning LGBTQ community and family, doing important representational work and storytelling both on and off the ballroom floor.”

The show has been transformative both in the big picture and personally for Janet Mock who serves as a producer, director and writer for Pose. Television auteur Murphy sought out trans activist Mock, having read her first book, “Redefining Realness: My Path to Womanhood, Identity, Love & So Much More.”

“We met for 30 minutes (on the set of American Crime Story) and I left with a job in Hollywood,” recalled Mock. “In Ryan Murphy’s world, that’s just the norm. He acts on instinct as he looks for the right collaborators.”

Mock moved from New York to L.A. to begin working on the show in August of 2017. “We just started writing,” said Mock, initially scripting three transgender women for the show (Blanca, Elektra and Angel) but as more talent emerged, new roles were created, yielding what eventually became, as described by Mock, “a huge ensemble that represented the depth of the trans community.”

Pose shows TV’s power to show people the humanity of marginalized communities, observed Mock, who has earned a Writers Guild Award nomination, among other honors, for the show. Starting as a writer on the series, Mock earned producer responsibilities and her first directorial gig, on the lauded Pose episode, “Love Is The Message,” which shares the journey of Pray Tell (played by Porter, who earned a Golden Globe nomination this year for Best Performance by an Actor in a TV Drama Series) through the last few weeks of his boyfriend’s life. To create a legacy of some short, Pray Tell, who is HIV positive, organizes a cabaret for the AIDS ward at a local hospital. The episode, which Mock wrote with Murphy, serves as a memorial for those who died of AIDs and the loved ones they left behind.

Mock has grown into the director’s role, going on to helm a couple more episodes of Pose, as well as an installment of The Politician, Murphy’s first show for Netflix.

While she described writing as “always being my first love,” Mock has embraced directing which she described as the opportunity “to be very clear and exacting about your vision and communicate it clearly to artists and technicians who are the best at what they do.”

Pose, she related, has taught her that “impossible is possible.  Despite never seeing a cast like this on mainstream television, we’ve taken a bunch of unknowns who’ve never done it before, a bunch of collaborators who didn’t have experience in film and TV, and showed that if you give them a seat at the table, they can help you make something good and worthwhile. We weren’t thinking about awards. We just wanted to tell the truth, to make something that hadn’t been done before. With the right creative genius in Ryan Murphy at the center, working with people who have the experience, you can make magic.”

Mock is hopeful that the new ground broken by Pose will lead to more opportunities for the community at large. “I am a first-time writer for television, a first-time director. It’s so interesting to me that in all these years, there had never been a trans woman of color in a writer’s room. We’re just at the beginning of what is possible. People, viewers from all walks of life have embraced the show. That means the world to me.”

This is the fourth installment in a 16-part series that explores the field of Emmy contenders, and then nominees spanning such disciplines as directing, cinematography, producing, editing, music, production design and visual effects. The series will then be followed up by coverage of the Creative Arts Emmy winners on September 14 and 15, and the Primetime Emmy Awards ceremony on September 22.