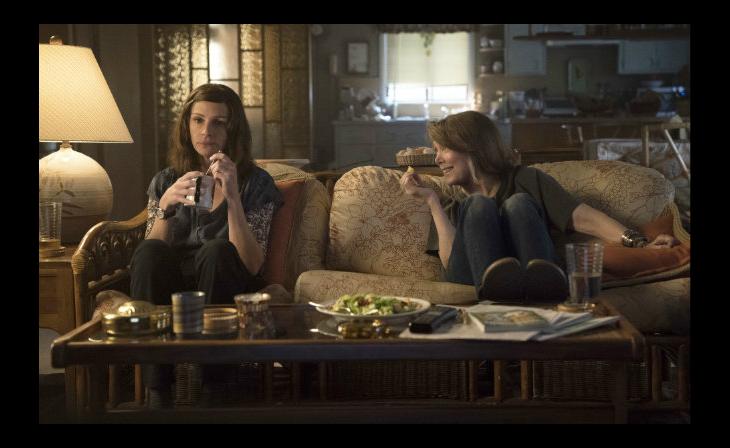 This image released by Amazon shows Julia Roberts, left, and Sissy Spacek in a scene from "Homecoming," an Amazon series premiering on Nov. 2. (Hilary B Gayle/Amazon via AP) 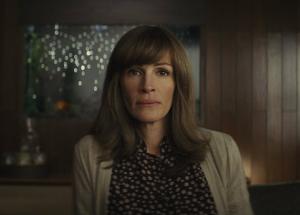 This image released by Amazon shows Julia Roberts in a scene from "Homecoming," an Amazon series premiering on Nov. 2. (Hilary B Gayle/Amazon via AP)

It was when Roberts, then 13, took a trip to New York to visit her older brother, the actor Eric Roberts, who was making 1981's "Raggedy Man" with Spacek and her husband, the production designer Jack Fisk.

"I always claimed her," Spacek said in her bright Texas accent in an interview in September alongside Roberts. "I knew her when she was 13! She was part mine! Lo and behold you are!"

That their reunion, many decades later, comes on the small screen speaks to how much has changed in the intervening years. The Amazon series "Homecoming," a psychological thriller directed by Sam Esmail ("Mr. Robot"), has drawn plenty of attention because it it's the first foray into scripted television by Roberts, the megawatt epitome of a movie star if ever there was one. Roberts stars in the series, which premieres Friday, and Spacek plays her mother.

As long ago as it was, their background together proved helpful.

"Thank goodness I met Sissy when I was 13 because when she came in we all had to pinch ourselves," Roberts says, to which Spacek groans: "Oh come on!"

"It is awful to talk like this in front of a person, but it has to be done," Roberts continues, undeterred. "You do sit there at a certain point like, 'Oh God, that's Sissy Spacek right next to me.' Fortunately, the first scene we did on the couch, I don't ever look at her."

The two burst out laughing and a pair of the most infectious cackles you've ever heard echo around the room.

"I'm just being honest," retorts Roberts. "Trust me, I'm not that nice."

"Homecoming," dense and paranoid, is based on a fictional podcast. Roberts plays a case worker at a remote military facility ostensibly designed to help soldiers reintegrate to civilian life. But dread hovers over the mysterious program, a sense only furthered by flash-forward scenes of Roberts' character living with her mom and having only foggy recollections of her past.

"I grew up watching television and then there's a whole period of my life where television was just not on my radar," says Roberts. "For me coming in from film, the two things I felt were absolutely critical to me being able to do this, just because of how my creative mind works were: I wanted Sam to direct all the episodes and I wanted all the scripts before we started shooting. I can't read a map just one little section at a time."

"Brilliant!" nods Spacek. Figuring out one's place in a long-format series without the full picture, Spacek says, is like being the bird in the children's book: "Are you my mommy? Are you my mommy?"

A naturalistic fixture of cinema in the '70s ("Badlands," ''Carrie"), '80s ("The Coal Miner's Daughter," for which she won an Oscar) and '90s ("The Straight Story"), the 68-year-old Spacek has more regularly dabbled in television. With credits including HBO's "Big Love," Netflix's "Bloodline" and Hulu's "Castle Rock," she's a peak-TV veteran.

"It used to be back in the day that if you were a film actor, you didn't do TV. And if you did, things weren't so good," Spacek says. "And that's all changed, and I love that about it. The veil has lifted. It's just where there's great work going on."

They are in many ways a fitting pair: Roberts, a Georgia native, and the East Texas-raised Spacek, who lives on a farm in Virginia with Fisk, have both done some of their best work in more rural environs. In Roberts' case: "Erin Brockovich" (her Oscar-winner) and "August: Osage County."

But Roberts acknowledges "Homecoming" is far from a typical project for her.

"As much as on paper you would say that Sissy and I would connect, Sam and I on paper aren't even on the same planet. And yet it was, for me, instantaneous my rapport with Sam," says Roberts, who credits Esmail with Spacek's casting. "Sissy was the swing-for-the-fences, could-this-ever-happen? I guess Sam just sweet talked you."

Neither Roberts nor Spacek has in any way withdrawn from movies. This fall, Roberts co-stars with Lucas Hedges in the addiction drama "Ben Is Back," and Spacek plays alongside Robert Redford in "The Old Man & the Gun."

"Geez, when do you ever not work?" Roberts asks her co-star.

"You know, you gotta strike while the iron is hot!" answers a cheerful Spacek. "I got a little ragged there for a little while. But when these opportunities come, you've got to grab 'em." 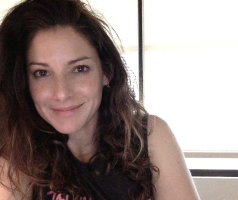 Anastasia White has earned three Excellence in Production Design Award nominations from the Art Directors Guild in her career, winning the honor in 2017 for Mr. Robot, nominated for the... 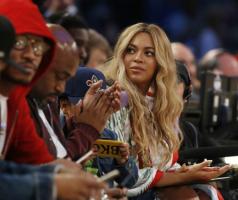 It took just one word for Netflix to send Beyonce fans into a full-on freak out.

The streaming giant on Sunday posted on its social media channels a yellow image with the word "Homecoming"...