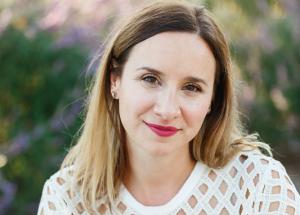 Producer Katie Doering has joined MAJORITY as executive producer. MAJORITY is a production company and studio featuring an all-women director roster which launched in January of this year. In this position, Doering will work closely with managing director Senain Kheshgi and executive producer Jonathon Ker to leverage MAJORITY directors with branded content and digital advertising opportunities.

Previously, Doering was producer of Sundance Catalyst and led the Women at Sundance Fellowship at the Sundance Institute. Navigating the worlds of independent film and advertising, Doering produced programs that facilitated introductions between filmmakers and leading executives from such entities as Droga5, Arts and Sciences, Kate Spade, Refinery29, Goodby, Silverstein & Partners, M&C Saatchi, and the Kering Group.

Kheshgi described Doering as “an experienced executive whose ability to develop independent talent for commercial excellence reflects MAJORITY’s vision for the future of branded content. Katie adds an exciting perspective that underscores our commitment to bridging the independent film  and commercial worlds for women filmmakers.”

While at Sundance, Doering shepherded such projects as Boots Riley’s Sorry To Bother You, Yance Ford’s Academy Award nominated Strong Island, and Jen Brea’s Unrest, among others via the Sundance Catalyst Initiative. As the lead producer of the Women at Sundance fellows program, Doering worked with such filmmakers as Janicza Bravo (Lemon), Elizabeth Wood (White Girl), and Pamela Romanowsky (The Adderall Diaries), whose tenure as Women at Sundance fellows led them to land branded work and commercial representation.

“I’m excited to step into this role at MAJORITY at a time when both the worlds of advertising and media are rapidly changing. My work at Sundance was focused on breaking down the many barriers to entry women creatives face as independent filmmakers, and culminated during the watershed moment of #metoo. Now I have the opportunity to continue this charge, but with a focus on commercial content and cultivating relationships between our women creatives and leading brands,” said Doering.

Prior to her tenure at Sundance, Doering forged her career in documentary film and nonfiction television production with projects for A&E, PBS, TLC, HBO and the Discovery Channel. She produced the documentary feature Angry Sky for ESPN’s Emmy Award-winning 30 For 30 Series, as well as The Wild and Wonderful Whites of West Virginia, both of which premiered at the Tribeca Film Festival. She began her career as an assistant to the producer on Martin Scorsese’s The Blues, before working at the PBS series POV, television’s longest-running showcase for independent nonfiction films. 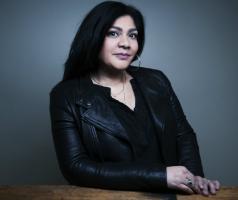