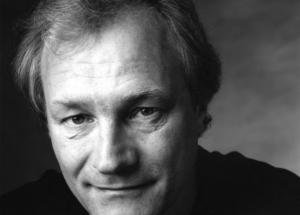 The American Society of Cinematographers (ASC) has re-elected Kees van Oostrum as president for the fourth consecutive year.

The organization also announced its officers for 2019-2020, including Bill Bennett, Paul Cameron and Stephen Lighthill as vice presidents; Levie Isaacks as treasurer; David Darby as secretary; and Curtis Clark as sergeant-at-arms.

“I am grateful to have been chosen to serve the ASC and its membership,” said van Oostrum. “It’s an important time for our craft with imaging technologies continuing to evolve at a rapid pace. The ASC and its members are integral to influencing these developments, so that the integrity of our images can be presented and preserved for audiences as they were intended to be seen.”

As ASC president, van Oostrum initiated and continues to oversee the ASC’s Master Class program. The Master Classes, which take place in Los Angeles and at various locations worldwide throughout the year, are taught by ASC members. The program was created for cinematographers with an intermediate-to-advanced skill set. Master Class participants get practical, hands-on demonstrations of lighting and camera technique all within current workflow practices.

Van Oostrum has also significantly expanded the activities of the ASC during the last three years in the area of diversity, social media and web presence, and in establishing the new ASC ARRI Educational Center, which will open its doors this September in Hollywood.

The ASC has over 20 committees leading the organization’s various initiatives, including the award-winning Motion Imaging Technology Council (MITC) and the Visionary Committee which encourages diversity and inclusion on camera crews.