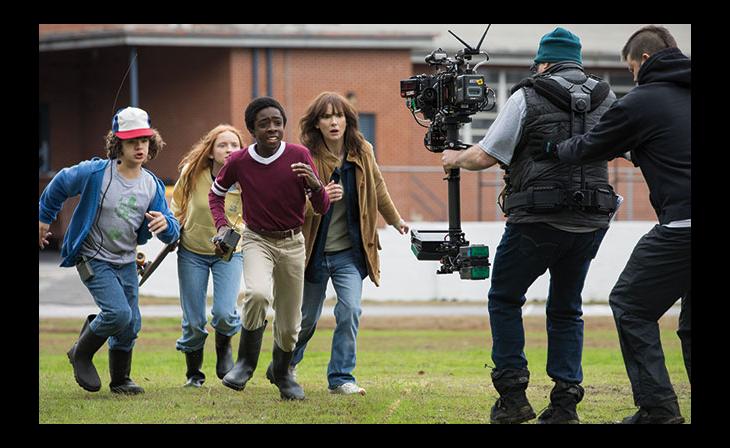 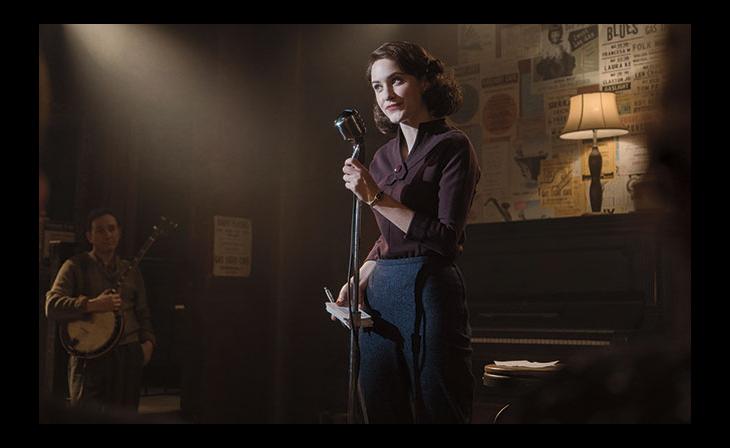 A scene from "The Marvelous Mrs. Maisel" (photo by Nicole Rivelli/courtesy of Amazon) 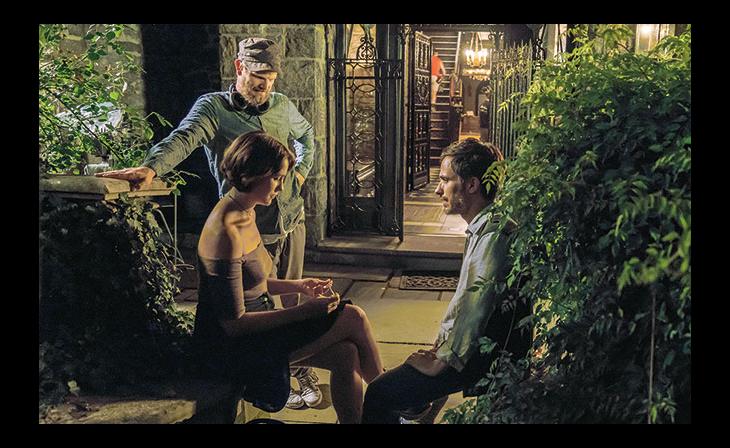 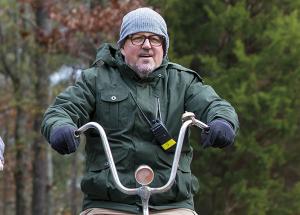 One DP just earned an Emmy nomination for the second consecutive year in recognition of his work on Stranger Things (Netflix).

Another garnered his first career Emmy nod on the strength of The Marvelous Mrs. Maisel (Amazon).

And a third DP also has the distinction of having just attained his second Emmy nomination in as many years, both for episodes of Mozart in the Jungle (Amazon).

Tim Ives
Tim Ives shares his most recent Emmy nomination in the Outstanding Cinematography for a Single-Camera Series (One Hour) category with his talented colleagues on Stranger Things.

“I wouldn’t be a nominee if not for the production design, wardrobe, makeup, so many others," said Ives. "Production designer Chris Trujillo, for example, created amazing sets which we took full advantage of in season two. It was a concerted effort on everyone’s part.”

Ives’ recent nod was for the “Chapter One: MADMAX” episode kicking off season two. His first career nom came in 2017 for the Stranger Things episode “Chapter Eight: The Upside Down.”

Reflecting on “Chapter One: MADMAX,’ Ives shared, “Starting on season two of Stranger Things, we realized we had a hit on our hands—a show bigger than we ever could have imagined. We photographically wanted to move the show forward but in a way that didn’t betray our fans’ trust. The Duffer brothers (series creators/directors/writers/EPs Matt and Ross) wanted to add a little more color. The first season was darker in tone. For season two, we wanted to retain the scariness and horror but with a little more fun, warmth and color saturation—and that was reflected in the lighting, texture, wardrobe and production design.”

Ives feels blessed to have gotten the opportunity to lens Stranger Things, recalling that the Duffer brothers were picky about choosing DP talent for the show.

“I had done four or five seasons of Girls for HBO, which is quite a different looking show than Stranger Things. But somehow the brothers saw something," related Ives. "They loved Girls, and the choices we made on that series appealed to them. They believed in me 110 percent that I could make this leap into a different kind of photography. We had done a Skype phone interview and just connected. They didn’t feel they were taking a chance on me. They knew I could do the job. To be able to film a nostalgic 1980s’ piece appealed to me—my ‘80s include influences like Steven Spielberg and (famed cinematographers) Allen Daviau and Nestor Almendros.

Key to Ives’ approach was remembering his roots—and his curious vision as a child. “My eye was trained when I was quite young. As a child, I had a simplicity about how I looked at things. And I tried to remember that look and feel when filming because most of Stranger Things is seen through children’s eyes. I don’t want it to feel like we’re looking through an adult’s eyes.”

Having made his initial industry mark years ago for his lensing of music videos—including high-profile work for The Beastie Boys, Jewel and Counting Crows—Ives hearkens back to one in particular that for many would seem obscure, “Wonder” for Giant Sand and Victoria Williams (directed by Laura Levine).

Produced on a shoestring budget and shot in a desert setting, the "Wonder" video has, said Ives, “a childlike quality and feel” akin to what he captures for Stranger Things. “It’s not slick and sophisticated but has a heart and soul to it that has the spirit of what is very much a part of Stranger Things.”

Helping to build upon that spirit for the series is a simple, direct approach. “We never move the camera just for the sake of moving the camera,” said Ives. “The Duffer brothers believe in this as well. Every camera move has an intent to properly tell the story. We figure out the protagonists in each scene and look at it from their perspective. We don’t go by the numbers. For me, it’s all about keeping it simple and trusting your instincts.”

Ives decided on the RED camera line for Stranger Things. Season one he deployed the Red Epic body with Dragon sensor, capturing 6K with a 4K extraction. Paired with the RED were Leica Summilux C Series lenses. “Netflix requires at least 4K which ruled out some cameras that didn’t have that option back then,” related Ives. “We wanted a filmic look, nothing too crazy sharp. The Leica lenses had a softness to them. We tested them for the Duffer brothers and liked the results.”

For season two, Ives gravitated to a Red Weapon body with helium sensor (Stranger Things was one of the first shows to use this sensor), capturing 8K with 6K extraction and again using Leica Summilux C Series lenses.

Ives said he’s been fortunate over the years—starting out with being able to shoot modestly budgeted music videos on occasion “not for commercial sake but for love of the song and the band.” He also felt lucky getting to work on Girls with series creator/director/actress Lena Dunham “who couldn’t be more gracious” and “who taught me a lot despite being a lot younger than I am.” And now he’s privileged to work on Stranger Things which is “a phenomenal experience, one I may never have again.”

M. David Mullen, ASC
With 14 Emmy nominations, the most ever for an Amazon Prime series, The Marvelous Mrs. Maisel continues its impressive awards season showing, which already includes two Comedy Golden Globes (Best TV Series, and Lead Actress for Rachel Brosnahan in the title role as a 1950s New York Jewish wife and mother who pursues stand-up comedy following the breakup of her marriage). Brosnahan also won a Critics’ Choice Award for Best Actress in a TV Comedy Series.

The latter nominee is M. David Mullen, ASC for his lensing of the series pilot. This marks Mullen’s first career Emmy Award nomination.

His TV work over the years includes such shows as Westworld, Get Shorty, Smash, Mad Men, Big Love, and the pilot for The Good Wife.

Mullen made his first mark in the indie feature film arena, in which he continues to be active. Mullen was nominated for two Best Cinematography Independent Spirit Awards—for Twin Falls Idaho in 2000 and Northfork in 2004. Twin Falls Idaho and Northfork are two of the eight features Mullen has shot for director Michael Polish.

Mullen initially connected with Palladino for Mrs. Maisel through a mutual collaborator—director Jamie Babbitt who teamed with Gilmore Girls creator Palladino on numerous episodes of that series. Mullen had lensed a short film, a feature and episodic TV—including United States of Tara and Smash—for Babbitt.

“Jamie brought me together with Amy and that’s how the opportunity came about on the pilot for Mrs. Maisel,” recalled Mullen who was drawn to the story and the chance to do a period show.

In terms of capturing 1950s New York, Mullen credited the talent of several artisans, including fellow nominees on the show, production designer Bill Groom and costume designer Donna Zakowska. “We sort of referenced 1950s advertisements and movies—the costume and production design were spot on. Our approach was what I’d describe as ‘aggressively pastel,” offset against neutral backgrounds, which tends to get those colors subtly noticed. This also helped to make the look a little more romantic, taking the sharpness off the digital camera.”

Mullen’s choice of camera was the ARRI Alexa for “its pleasant dynamic range, which feels more like film to me. The camera has a 3.4K sensor. We recorded at 3.2. We had the fear that things might look too sharp. We tested extensively and found that the Alexa—with Panavision Primo lenses—gave us a look not ridiculously sharp but pleasantly sharp.”

Mullen stressed that ultimately the cinematography has to do justice to the writing and actor performances which are stellar on The Marvelous Mrs. Maisel. “From my end the job is to keep the energy level and camera movement that drives the show forward. In some respects, the approach is one shot like a theatrical play except we are moving the camera quite a bit as actors have to perform the whole scene from top to bottom.”

Mullen said he ideally likes to shoot a mix of TV and independent features. Among his most recent indie movies was the Anna Biller-directed The Love Witch which he described as a stylized story driven by the Hitchock spirit. Mullen goes back with Biller to their days as students at Cal Arts where he shot a short film for her.

“From the start, we shared a fascination with early color cinema of the 1950s and that has marked our collaborations,” he related.

At press time, Mullen was in the midst of season two of The Marvelous Mrs. Maisel.

Tobias Datum
For the second consecutive year, DP Tobias Datum’s work on Mozart in the Jungle has earned an Emmy nomination for Outstanding Cinematography for a Single-Camera Series (Half-Hour), this time for the “Ichi Go Ichi E” episode in which Rodrigo (Gael García Bernal and Hailey (Lola Kirke) experience, right before leaving Japan, a traditional tea ceremony where they learn about themselves. Series co-creator Roman Coppola directed the episode.

A cultural experience of beauty, presentation and showmanship, the tea service serves as a catalyst for Rodrigo and Haley to take journeys in their own minds through a surreal forest occupied by friends, former lovers and mirror versions of themselves, to facilitate the individual journeys of Rodrigo and Hailey, Datum mapped out and executed camera moves that took full advantage of inventive sets.

“Tea room walls fold down and the floor slides down into a forest, with lighting devised in a way that feels like filmed theater,” related Datum. “Roman is a very experienced and savvy filmmaker and artist. He together with production designer Loren Weeks came up with a pretty amazing design for stage and set. I worked in conjunction with them, figuring out camera movements and lighting design. And then choreography comes into play, particularly when two Rodrigos show up.”

ARRI’s Alexa has been the camera of choice for the show since season two. “It has a much more organic look than other cameras out there at this point—and a most solid workflow,” explained Datum who got the opportunity to lens Mozart in the Jungle due to a working relationship he had with series co-creator/director/producer/writer Paul Weitz.  Datum had earlier lensed Grandma, a feature film starring Lily Tomlin, written and directed by Weitz. “I shot Grandma right before they did the pilot for Mozart in the Jungle. Paul asked me to come on board,” recalled Datum.

“At first I wasn’t quite sure. I didn’t know exactly what the show would be. I finally said yes and am grateful I did. It became a living and evolving thing, really. Everybody on the show has become really dear to me, a filmmaking family.”

That familial bond has been Datum’s biggest takeaway from his experience on Mozart in the Jungle.

“For a show this special, you learn to really appreciate the people you are spending all this time with,” Datum observed. “The chemistry on this show allows you to be yourself. You don’t have to keep your guard up. And that’s the nicest way to make films. It’s a fantastic feeling.”

Last year’s Emmy nomination for Datum on Mozart in the Jungle came for the episode “Now I Will Sing.” 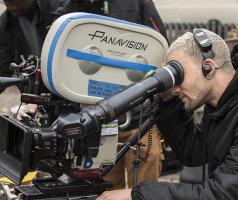 One DP got the opportunity to collaborate with a director he long admired, yielding a film which earned a six-minute standing ovation at this year’s Cannes Film Festival. 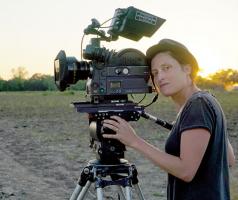 One DP got the chance to shoot for a director she greatly admired and their collaboration has yielded a Netflix feature that is very much in this season’s Oscar conversation.