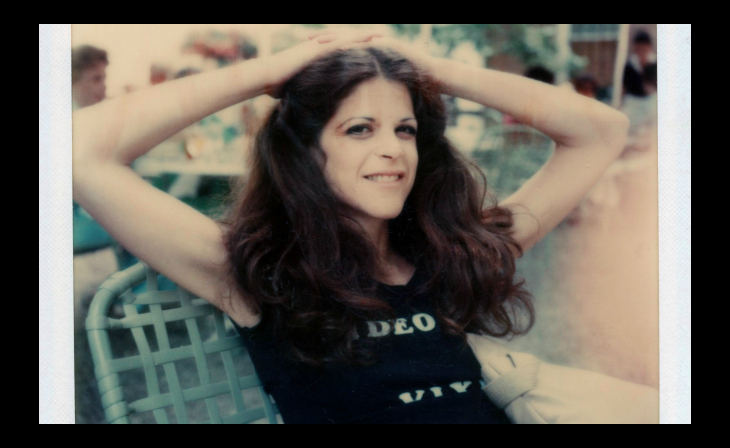 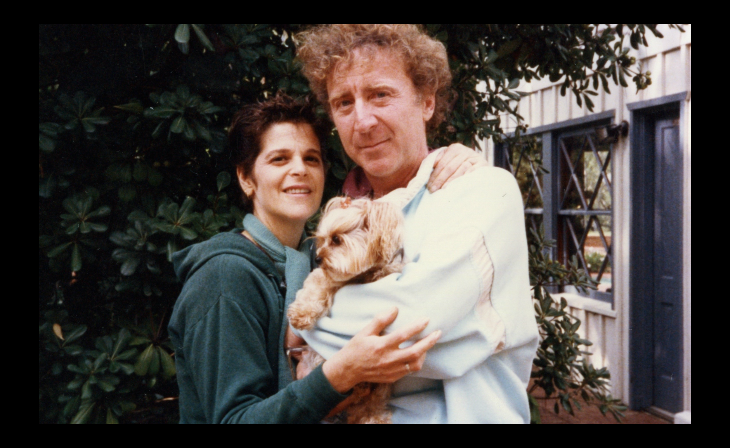 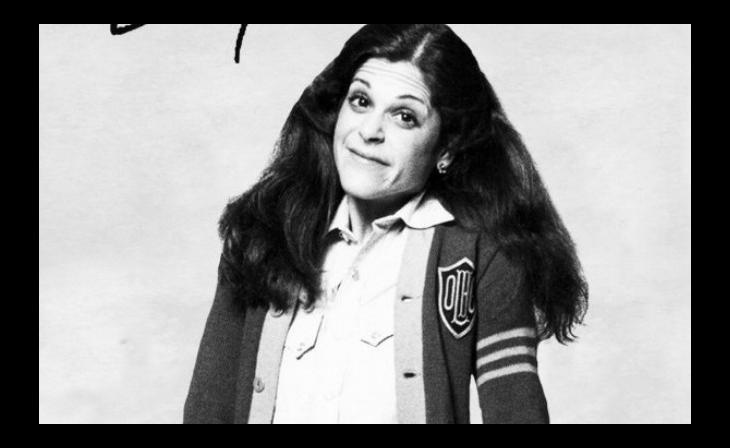 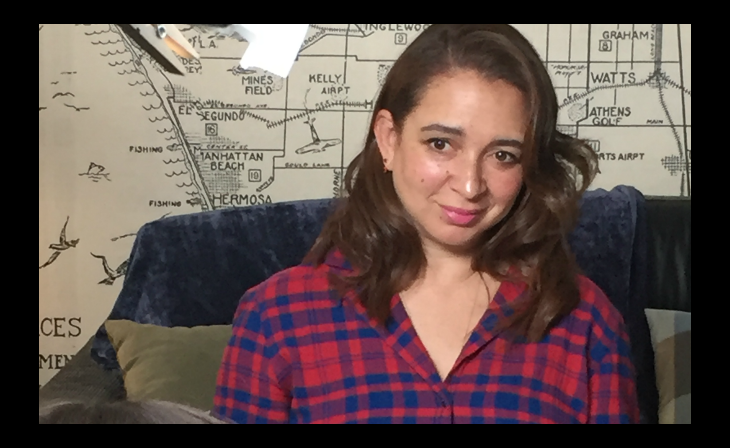 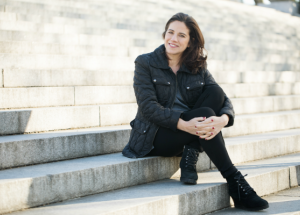 Lisa D’Apolito is a documentary and branded content director and producer. She started out as an actress in film, theater and television, which included a part in Goodfellas. She went on to producing, making her way to SVP/EP for ad agency FCB Healthcare, and then to starting her own production company--3 Faces Films specializing in real people and celebrity stories. Director/producer D’Apolito’s first feature documentary, Love, Gilda, was selected as the opening night presentation of the 2018 Tribeca Film Festival, opened theatrically in over 100 cities in the U.S., Canada, Australia, Israel, U.K. and  Scandinavia, and aired on CNN to kick off 2019.

Love, Gilda looks back on comedian Gilder Radner who in her own words reflects on her life and career. D’Apolito as a director wove together recently discovered audiotapes of Radner, interviews with her friends, rare home movies, and diaries read by modern day comedians (including Amy Poehler and Maya Rudolph), providing a unique, honest window into the world of the beloved Saturday Night Live performer whose greatest role was sharing her story, including battling ovarian cancer which took her life in 1989.

On the strength of Love, Gilda, D’Apolito earned inclusion into this year’s SHOOT New Directors Showcase which was unveiled in May at the DGA Theatre in NYC.

SHOOT: Reflect a bit on what your first primetime Emmy nomination (Outstanding Documentary or Nonfiction Special for Love, Gilda) means to you personally and professionally? Also please share your feedback on the other nomination earned by Love, Gilda, for Miriam Cutler’s music composition.

D’Apolito: Hearing the news that Love, Gilda was nominated did take me by surprise.  I was on a subway train when James and Meryl our producers were texting updates on the nominations as they were happened live. When James texted NOMINATED for Documentary Special and for Outstanding Music composition, I was so excited.  Got off the train in Times Square so happy, I wanted to tell someone.   I was so happy the Miriam’s score was nominated, as she truly deserves it.  Miriam only had six weeks to create the score.  She approached the music the same I did as we both wanted to know what Gilda was feeling during each part of the film.  Working with Miriam was the greatest partnership.  My favorite parts are when Evelin O’Hara animates Gilda’s writings and we hear Miriam’s emotional music. I really feel Gilda’s authentic voice in those scenes. Receiving the nomination meant a lot personally and professionally.  Professionally because it was an acknowledgment of the film; personally it gave me more time to talk about Gilda. I really did miss working on Love, Gilda

SHOOT: How did you get the opportunity to make Love, Gilda? What attracted you to the project? How many years went into making the documentary?

D’Apolito: I direct and produce a lot of branded content and non-profit videos.  I was working with Gilda’s Club on Houston St in NY creating their fundraising pieces.  Gilda’s Club is a cancer support organization founded by Gilda Radner’s husband Gene Wilder and her friends after she passed from ovarian cancer.  There are 18 Gilda’s Clubs throughout the U.S. and Canada.  Gilda’s pictures welcome you as you walk though the door and her spirit is very alive there.  I thought Gilda had an amazing legacy both in the world of comedy and of cancer.  Also, I would say the name Gilda Radner to people who remembered who she was and they would smile.  There is something about Gilda that was so positive even though she went though so much in her life. The film took four-and-a-half years as it started as a passion project and I would work on it for a couple months and then get advertising work and then go back to the film.

SHOOT: What was (were) the biggest challenge(s), creative, logistical or otherwise, that Love, Gilda posed to you as a director? A producer?

D’Apolito: As a first-time producer of a feature documentary, the initial hardest part was raising money. There was a lot of concern in the industry that people didn’t know who Gilda was or who I was.  But what I did have was the support of Gilda’s brother and her friends and family who really helped move the film forward.  I met CNN Films at the Dealmaker program at Hot Docs.  CNN coming on board really enabled me to finish the film. As a director there were many creative challenges.  At first I got to know Gilda through whatever I could find on the Internet and though what her friends and family told me about her.   Once her estate gave me access to her personal diaries, audiotapes and photos, I realized I really wanted Gilda to tell her own story and I wanted to incorporate the amazing material that I was given. Many of the tapes were damaged so we had to find different sources.  Also, I went on a mission to find anything personal I could of Gilda, so that meant becoming a Gilda detective and finding what was out there.  I also wanted to incorporate her writings.  It was important that the journals came alive though animation and music as the inner voice of Gilda.  I also wanted the modern comedians inspired by Gilda to read some of her writings on her thoughts about fame.  I thought it would be hard to get them to read but once they knew it was Gilda’s writings, they were very enthusiastic.

SHOOT: What was your biggest takeaway or lessons learned from your experience on Love, Gilda?

D’Apolito: Perseverance.  As an independent filmmaker you have to keep going. At times it can be very isolating.  If you do something everyday to move your film forward, eventually you really do have a film.

SHOOT: Your background prior to directing was as an actress and then an agency producer (FCB Healthcare). How has that experience informed your work as a director?

D’Apolito: My job at FCB Heathcare was unique. I was in charge of the production department so we did a lot of long-form branded and unbranded pieces. In many of the projects I did act as director though it was a team effort with the creative.  My favorite part of the job was interviewing people.  I had interviewed hundreds of people on camera from Nobel Peace Prize winners, politicians, celebrities and many people facing heath issues. I think my acting experience helped as I always approach interviews as if it is an improvisation.  One of the most important aspects of improv is listening and I think being a good interviewer is listening and then following up with questions that go deeper.

SHOOT: Given your work as an agency producer, do you have any plans to direct commercials? Branded content?

D’Apolito: I do love branded content as I like the team effort and working with amazing creative.  I am currently working on a branded content project and hope to do more in the future.

SHOOT: What’s next in terms of projects, career goals?

D’Apolito: I am pretty busy developing documentaries and commissioned branded work.  I also have some Gilda projects going on.  In the boxes that I had access to was a screenplay Gilda wrote that I am working with my agents at CAA to develop.  I also adapted one of Gilda’s short stories into a short film.  I am lucky as I get to spend more time bringing work to life.