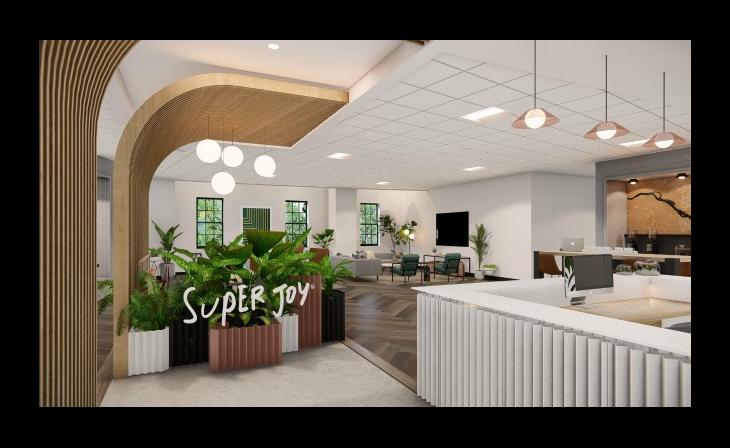 A rendering of the 20,000-square foot dedicated production space that houses SuperJoy 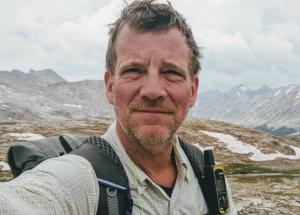 The Martin Agency has significantly expanded its production capabilities and hired noted industry veteran Dick Gordon to serve as director of editorial at its newly launched SuperJoy, an advanced production playground that replaces Martin’s Running with Scissors postproduction group.

“We’re producing three times the amount of content we did just a year ago, and it’s not going to slow down,” explained Tasha Dean, Martin SVP and head of integrated production. “We have to work faster and smarter and be on the lookout for real-time opportunities for clients--and SuperJoy is our commitment to flexibility, exploration and execution.”

The SuperJoy moniker reflects a sentiment embedded in the DNA of the agency by none other than its celebrated former president and creative leader, Mike Hughes, who pushed employees to always: “Seek joy.”

“You will find joy If you can learn to find joy in the work itself,” Hughes explained in a small book he penned for agency staff that’s currently sitting on Dean’s desk. “The joy can’t just come from success at the end of the day--it must come from the work itself. Not just from reaching the peak, but also from making the long, hard climb.”

“Culturally-relevant creative that slaps the eyeballs and actually makes people pause from the everyday takes immeasurable heart and effort,” added Dean. “The 20,000-square-foot dedicated production environment is a place for us to breathe our craft and upend traditional production processes--with the latest commercial technologies and tools for experimenting with new media and formats.”

Dean, who’s been at the forefront of reshaping how Martin approaches content and production, personally picked award-winning editor Gordon to helm SuperJoy.

Gordon’s no stranger to The Martin Agency. “My first collaboration was launching GEICO’s Gecko character; he was just a dude in a funky mascot outfit back then,” chuckled Gordon, recounting a single moment of his 30-year career that’s netted him nearly every industry accolade: Gold Lions, Clios, Pencils, ADDY’s, ANDY’s, Effies, AICP, D&AD and the coveted Best Mockumentary award at the Portland Comedy Festival. He also edited Our Time Is Up, which earned an Oscar nomination in 2006 for Best Live-Action Short Film.

Gordon got his start in L.A., learning the craft of editing (on a flatbed) from Stuart Waks. From there, he became @radical.media’s first in-house editor before joining Mad River Post. Along the way, he helped create iconic ESPN spots: “Cold Sore,” “Shelf Ball” and “Nimrods.” He also edited the MTV campaign “The Jukka Brothers” and the infamous (banned!) Coke spots with a hogtied Santa.

The Emmy nominated Anheuser-Busch “Applause” spot, directed by Joe Pytka, was Gordon’s first job with Spot Welders where he had a 13-year run, serving as partner/editor. Gordon went on to work on multiple GEICO jobs, including the multi-award winning “Celebrity Testimonial” campaign. He also helped launch the initial campaign for Allstate’s long enduring “Mayhem” character with director Phil Morrison—and he collaborated with director Simon McQuoid on the “Enemy Weapon” campaign for Halo 3. Most recently, prior to joining the Martin family, Gordon was a sr. editor at Carousel.

“I have always admired Martin’s combination of beloved creativity and respect for its employees being their whole selves” said Gordon of why he joined the agency. “That’s why we can cultivate a new paradigm for what a collaborative creative process looks like when all stakeholders are invested together in the best possible outcomes for our client partners.” 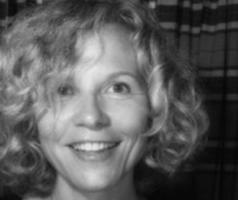 Chicago-based live-action commercial production company Strange Loop has added director Adam Moorman to its roster. A Chicago-native, Moorman has a body of work... 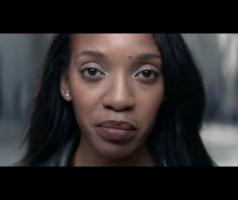 Stirring public service fare, comedy and GEICO were prevalent in the 10 most viewed SHOOT videos of 2018. Also included in the mix were a music video benefiting Jamaican bobsledders, a...

December 16, 2013
Mike Hughes, The Martin Agency’s longest-serving creative director and its president since 1995, passed away today in his... 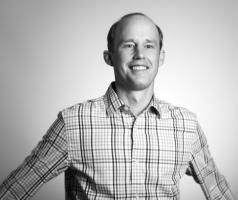 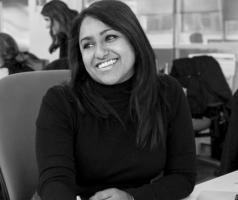 Tasha Dean has joined The Martin Agency as its new head of integrated content. She will report to Steve Humble, Martin’s chief operating officer. Working closely with creative, strategy and...