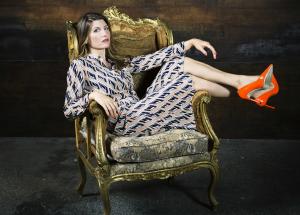 The joint venture will see select notable talent represented by ITG working with Merman and collaborating with brands in the advertising and branded content space on a worldwide basis.

The Merman ITG partnership will offer a global hub of creativity and talent across all genres in both advertising and entertainment.

Merman co-founder, actress, director, producer, writer Sharon Horgan said, “This partnership with ITG has brought Merman a wealth of extraordinary talent and we are thrilled to now have an even greater ability to make groundbreaking work in collaboration with brands.”

Heath added, “I am personally very proud of the work that our director clients including Matthew Vaughn, Asif Kapadia, Anton Corbijn, Dexter Fletcher and Martin Campbell created under the Black Label banner, and we are very excited to join forces with Merman in the new venture.”

Merman’s TV division, launched in 2014, is run by Horgan and Clelia Mountford. Merman has won many accolades including BAFTA, RTS and Emmy nominations and wins. In 2017, Merman and Amazon Studios inked a seven figure first-look deal in the US.

Merman’s TV projects include: Catastrophe for Channel 4/Amazon, Divorce for HBO, There She Goes for BBC2, Women on the Verge for W/RTE, Motherland for BBC2, This Way Up for Channel 4/Hulu, and Frayed for ABC Australia/Sky One. Projects currently in pilot are Delilah for FX, Guru and Dirty for Amazon, Shining Vale for Starz and Therapy Dog for Fox, plus others to be announced.

Merman recently wrapped filming on its first feature, Herself, a co-production with Element Pictures shot in Dublin. Directed by Phyllidia Lloyd, written by and starring Clare Dunne, the film is produced by Horgan and Ed Guiney.

In 2018 Merman launched Mermade, its digital little sister, specializing in the creation of premium content of all shapes and sizes, funded by and for social and streaming platforms, brands and publishers, with a particular focus on short-form episodic.